Hesitancy, hurdles reported in getting first responders vaccinated against COVID-19

Issues range from vaccine hesitancy to difficulty finding an appointment, but here's what police and fire departments are doing to try and drive the numbers up. 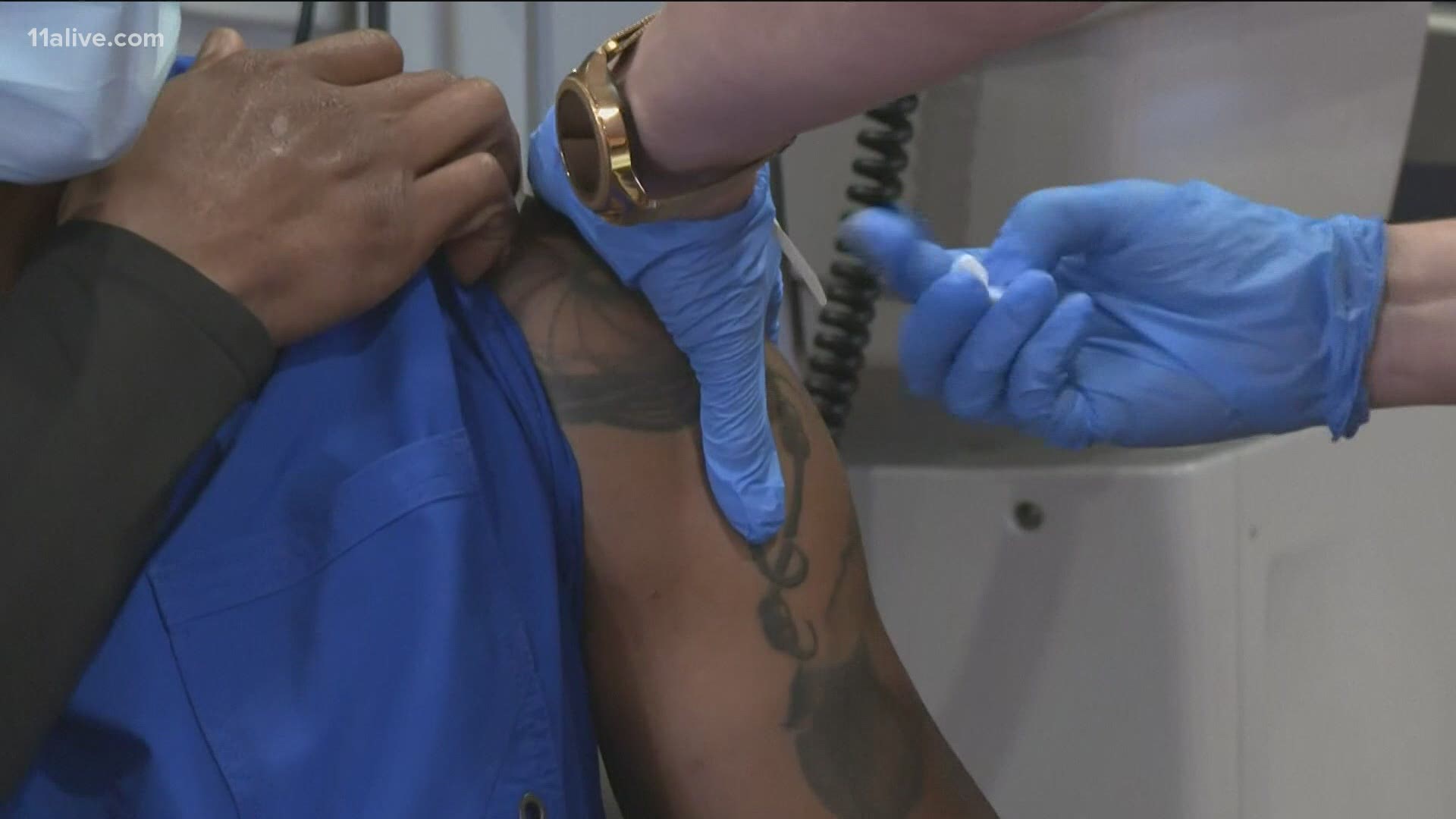 DEKALB COUNTY, Ga. — For almost a month now, law enforcement, firefighters and first responders have been able to get vaccinated within Phase 1A+. However, few of them are opting to take the COVID-19 vaccine.

Now, some police and fire departments across the state are focusing some of their efforts on driving up the number of first responders who choose to get the shot.

In DeKalb County, for example, Public Safety Director Joseph H. Lumpkin Sr., who oversees six different departments including police and fire, said it's a struggle departments have been dealing with.

Only 18% of employees at the police department and 30% of those in the fire rescue in the county have chosen to take it. Lumpkin said leaders play an important role in convincing others to receive the shot, which is why he and the police and fire chiefs have all gotten the vaccine.

"People don't trust," he explained. "In my opinion, there's so much disinformation out there and fueled by some plain lies. And some of our history, where our parents and grandparents might have lived and experienced what's not right."

RELATED: For The Culture: America's dark past of medical mistreatment in Black communities leads to hesitancy with the COVID-19 vaccine

"Thank God we have not lost anybody, but many of our peers around the country have lost someone," he added. "So, it's a bad motivator to have to get people sick, but sometimes it's what's required. So, we'll use any of those types of factors that we can use to attest to people that this is the right thing to do, the vaccine is safe and vaccine hesitancy is not appropriate."

But some departments, like the Cobb County Fire Department, are not dealing entirely with vaccine hesitancy, but more so a lack of supplies.

"We continue to see a number of personnel wanting to get vaccinated," said Nicholas Danz with the department.

In fact, he said the fire department has vaccinated 42% of employees and could soon be vaccinating more.

"We are waiting on an additional allotment of vaccinations from the state in order to execute our waiting list," he explained. "So, we do have more 1A+ personnel waiting on vaccination."

Danz said that's thanks, in part, to in-person and virtual education, as well as a hotline they have set up for employees to ask any questions.

Meanwhile in Gwinnett County, a spokesperson with the sheriff's office said they are seeing vaccine hesitancy there, and estimated they've vaccinated about 30% of employees.

A spokesperson with the Duluth Police Department said that while they are not sure how many officers have received the shot, they do know many have had a hard time finding available time slots.

"I know our Human Resources have sent numerous emails about the shots, locations and sign up information," said Officer Ted Sadowski with the department. "But it's on the individual officer to do his / her research and sign up. I know when I looked last week, every location was filled and I was unable to find a location, even me being a first responder."