The governor and his team are speaking during a news conference. 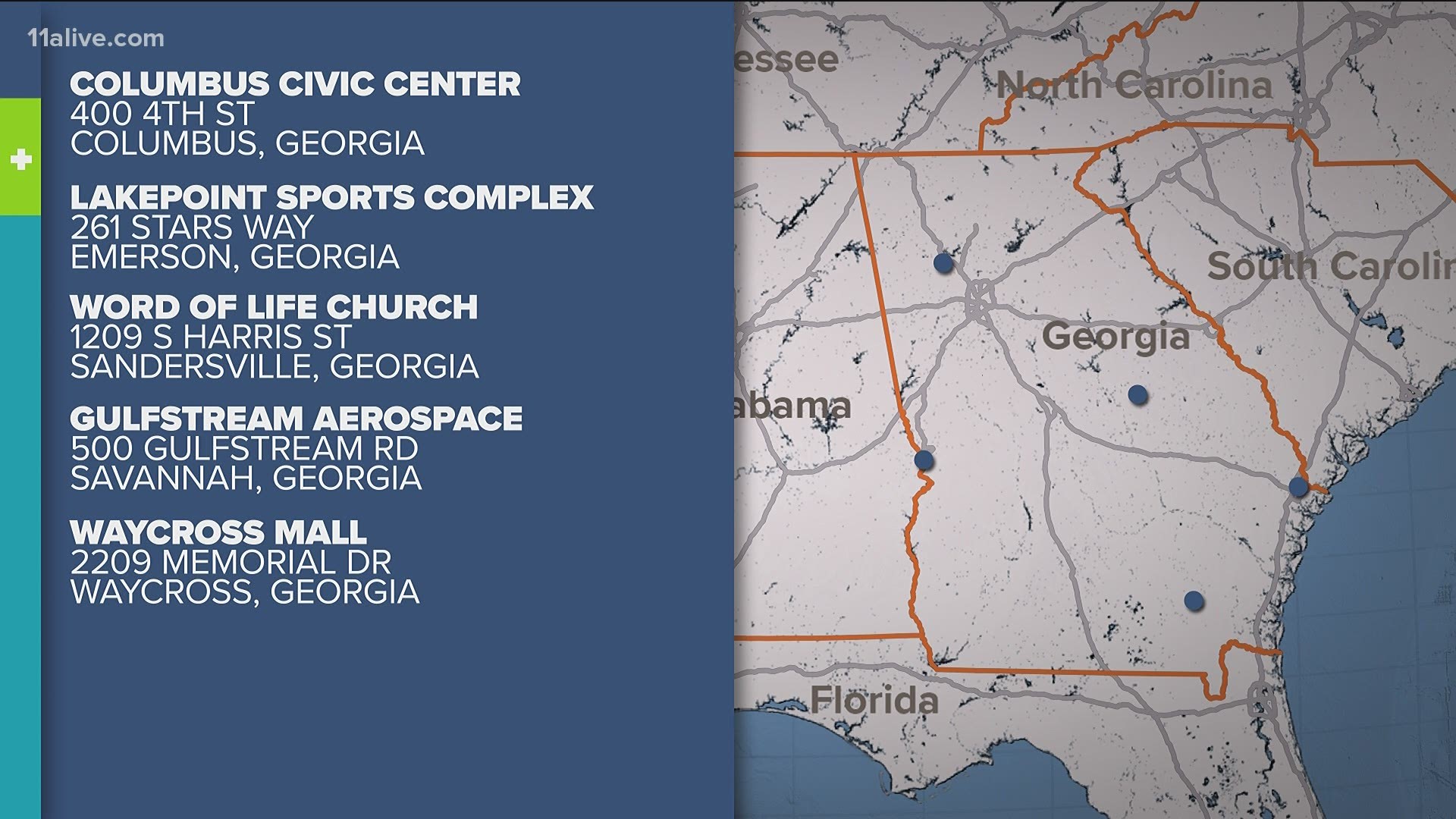 Kemp also announced the 83,000 Johnson & Johnson vaccines set to arrive this week will be prioritized for educators.

Kemp said by the spring and summer, based on information, "We're going to be a much different place than we are right now."

"I feel like we're starting to see the light at the end of the tunnel."

He added, however, that "we can't let our guard down" and that we must get as many shots in people's arms.

You can watch a replay of the event here:

On Monday, March 8, more groups and more people will be eligible to receive a COVID vaccine in Georgia—including public and private teachers.

Also on Monday, Georgia is expected to have tens of thousands of additional doses ready to go. That’s because the state will soon be receiving the new Johnson & Johnson vaccine.

The new vaccine is likely to arrive here just in time for the expanded eligibility.

Georgia Gov. Brian Kemp's office said that on Wednesday afternoon, he will announce his plans for the new vaccine, revealing how and where the state is going to distribute it.

He said he is expecting that 83,000 doses of the Johnson & Johnson vaccine will arrive in Georgia by next week, with more to arrive, week to week, later. That’s in addition to the nearly 200,000 doses of the two other vaccines - from Pfizer and Moderna - that Georgia is already receiving each week.

But the governor is still warning that supplies of all three vaccines will still not be able to keep up with demand, yet.

So, Georgia and other states are advising everyone: if and when you’re able to get an appointment, take whichever vaccine you can get because "time is of the essence. Getting vaccinated saves lives," explained  Dr. Marcella Nunez-Smith, the Chair of the Biden-Harris Administration COVID-19 Health Equity Task Force.

"The overall vaccine supply creates opportunity for people to get vaccinated,” she said.

“We also recognize that individuals may have a preference to get a single dose vaccine - those who do not want to return for a second dose or would have difficulty returning for a second dose - and we understand that," Nenez-Smith added. "Still, as a physician, I strongly urge everyone in America to get the first vaccine that is made available to you when it is your turn. If people want to opt for one vaccine over another, you know you may have to wait."

Atlanta physician Dr. Frita Fisher echoed the sentiment that getting any vaccine is better than waiting.

Fisher pointed to the research that shows the new Johnson & Johnson vaccine is 85% effective at preventing serious disease - but 100% effective at preventing hospitalizations and deaths. And she said that since only one dose of the J&J vaccine is required - instead of the two doses that are spread three or four weeks apart, like the other vaccines - that makes the J&J vaccine, she said, more available to more people faster.

“Which really helps,” Fisher said. “Especially in underserved communities, and communities where people cannot afford to take off multiple work days, or in populations where they have trouble travelling and getting to vaccination sites.”

The expectation and hope in Georgia is that as supplies of all three vaccines increase, the supplies will not only eventually meet the demand, but knock out the virus and all its mutations.