Governor Brian Kemp says private providers, such as pharmacies, are holding back vaccines, not the state. 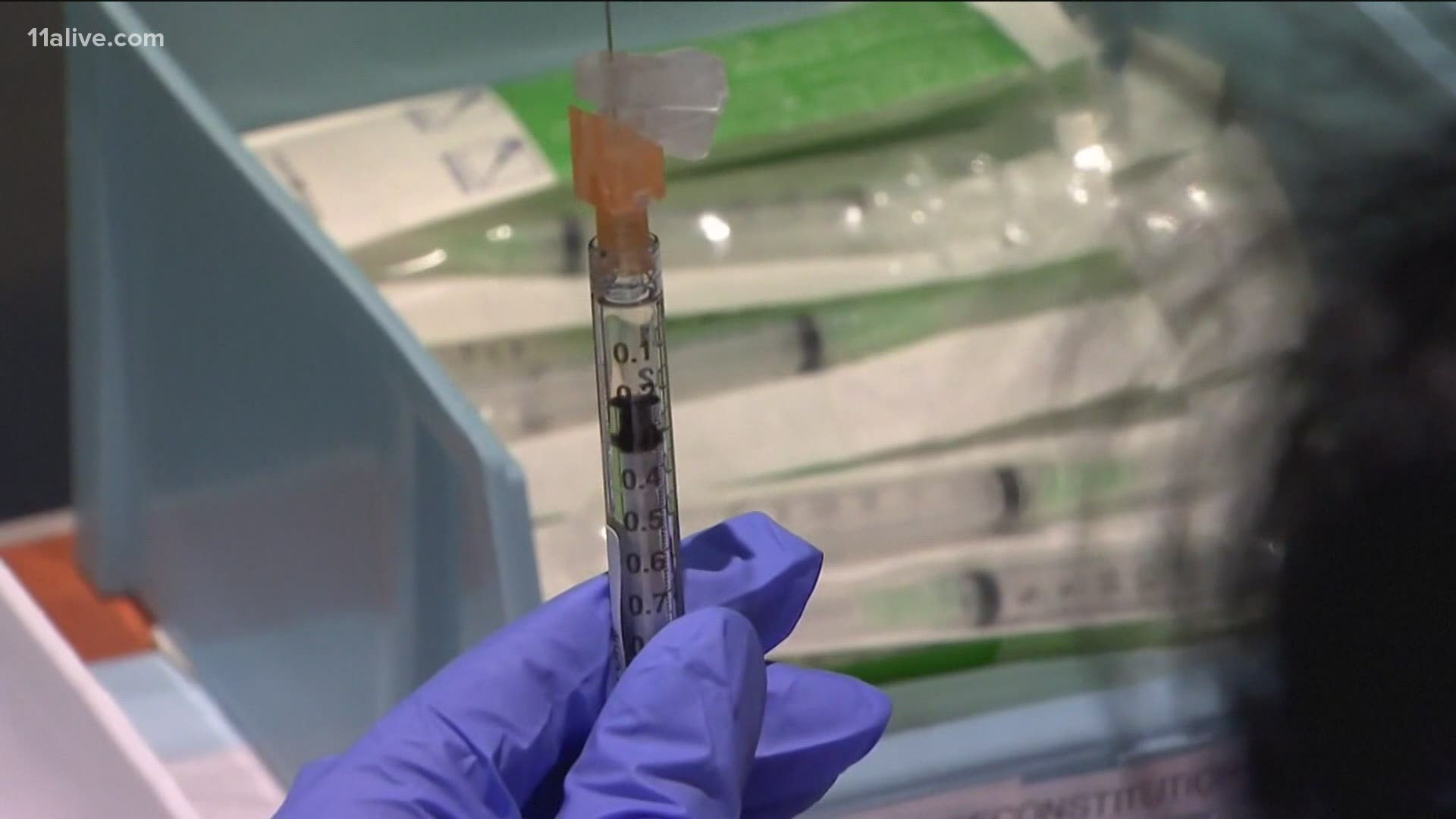 ATLANTA — Numbers from the Centers for Disease Control and Prevention in Atlanta show that Georgia remains among the worst in the nation in getting the vaccines to the people who want the shots.

But, the state says those numbers are not telling the whole story.

Vaccinations have increased in Georgia, as supplies of the vaccines increase week after week. The debate is whether the state is doing better at it - and doing better than other states - than the CDC numbers show.

The latest tally on the CDC website shows that just over 3 million doses of the vaccines have been delivered to Georgia so far, but just over 2 million doses have actually been administered.

“Unfortunately, Georgia is ranked near the bottom when it comes to the doses actually making it to people’s arms,” said Amber Schmidke, Ph.D. She was formerly with the CDC and is now a science writer.

Dr. Schmidke’s Daily Digest tracks how Georgia’s vaccination program is doing compared to other states, based on CDC data.

“You don’t see on that website where Georgia’s at 60% of vaccinating people over 65 years of age, and the national average is 49%,” Kemp said. “We have got to target the population that gets hit the hardest.”

Schmidke said it’s "fantastic that the state is doing a great job at vaccinating seniors, and those that are in long term care facilities, but the problem remains that we still have over 900,000 doses in freezers, and we have people who want them who cannot get them."

The numbers on the Georgia Department of Health website show the state has actually received less than 3 million doses, so far, and has administered 76% of them, so far.

Kemp said that the reason the CDC website is showing more doses delivered to Georgia than the state’s website shows is that the CDC is including the doses that went not only to the state public health agency, but also the doses that went directly to private providers in Georgia, such as pharmacies. The governor said it's the private providers that are holding back hundreds of thousands of doses, not the state.

“The federal pharmacy program—we can’t control who’s holding second doses,” the governor said. “I don’t think they should be doing that, they should be giving those doses. The supply chain is caught up. They don’t need to do that anymore. They need to get shots in arms ... But if you look at what the state’s controlling, at our sites, we get 94% of shots going into arms.”

Schmidke said it still leaves an issue "of not efficiently using the available supply."

On Monday, some 1 million additional people in Georgia will become eligible to receive the vaccines, including teachers. The state believes the unused supplies of vaccines will likely be put to use, then, even as the state’s allotments of the vaccines are expected to increase, week to week.