It's not immediately clear when people will be able to start going to the stadium for vaccinations. 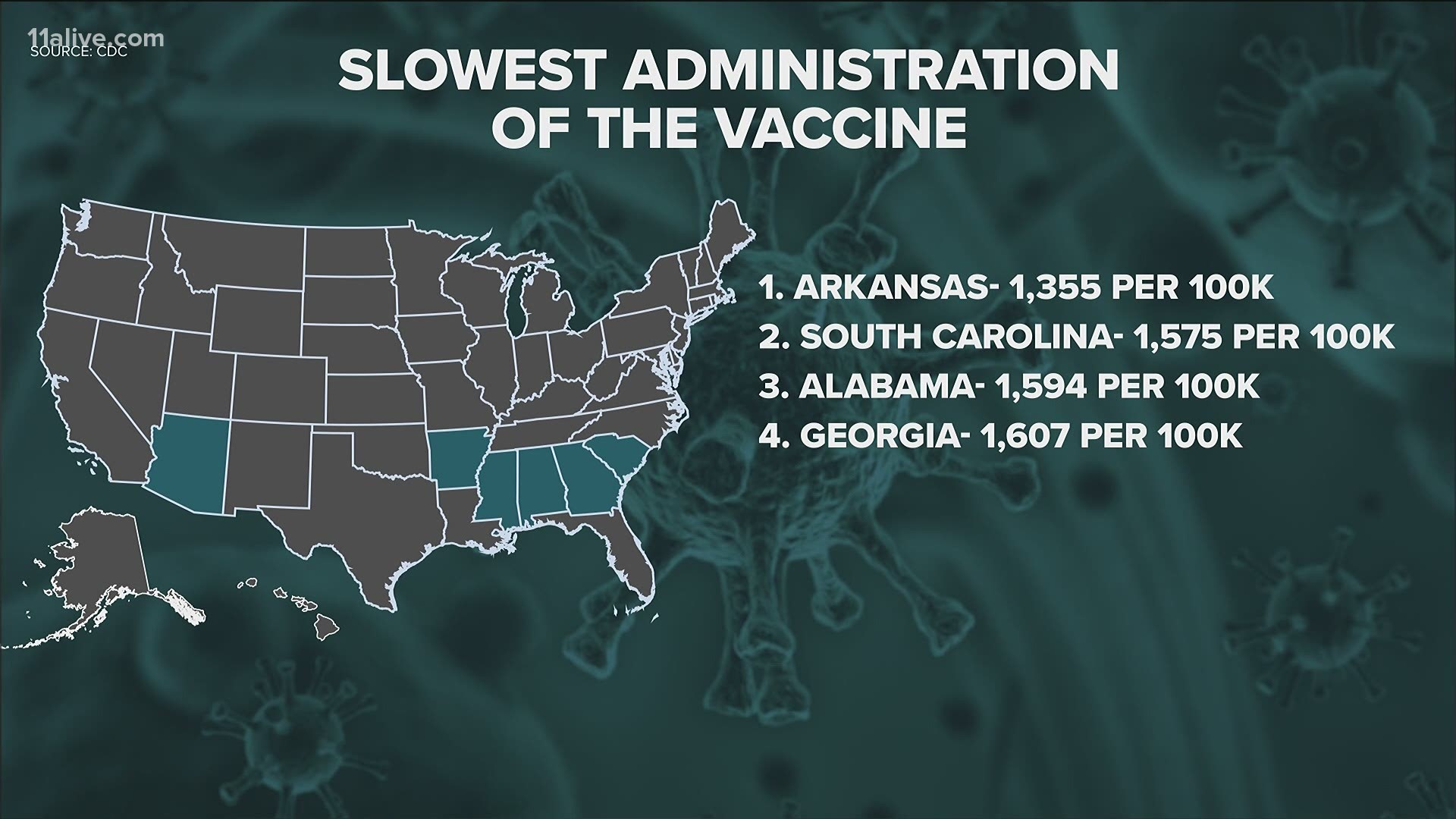 The stadium, home to the Atlanta Falcons and Atlanta United, will serve as a distribution point for Fulton County's vaccination efforts, according to a release.

The release did not provide specific details of how the facilities would be used, though a statement by the CEO of AMB Sports and Entertainment, Steve Cannon, indicated there would be on-site vaccinations.

Cannon noted the stadium provides space for social distancing while "servicing large numbers of people at once."

“We are very proud to partner with Fulton County Board of Health to offer Mercedes-Benz Stadium to host vaccine distribution,” Cannon said. “This is a time for our communities to unite together and do what’s right for our citizens. Mercedes-Benz Stadium offers the opportunity to socially distance while servicing large numbers of people at once. We are honored to be a part of this solution and will do it as long as possible to serve our community.”

The stadium will be one of a number around the country serving as a vaccine distribution site. It also served as an early voting location in late December for the Georgia Senate runoffs.

Georgia's vaccine rollout has been plagued so far by issues with distribution, with many doses going to rural areas where healthcare workers, first in line under the state's distribution plan to receive the vaccine, were not using all the doses allocated to them.

To help solve the problem, this week the state expanded to Phase 1A of its distribution plan, which made adults 65 and over as well as first responders and law enforcement eligible to receive the vaccine.

That caused its own problem of a flood of new demand overwhelming local health departments.

“Partnerships are essential to public health," Fulton County District Health Director Dr. Lynn Paxton said in a statement. "These types of collaborations result in positive health outcomes as they ensure the quality and accessibility of health services to our community.”

It was not clear when people would be able to start going to the stadium for vaccinations.

"As the COVID-19 vaccine rollout continues, Mercedes-Benz Stadium and Fulton County officials will continue to discuss how to expand the operation in order to serve more residents as quick as possible," the release said.

Vaccines are currently available only by appointment only. Fulton County announced Tuesday it had filled all of its appointments for this week.

So far, according to state figures, Georgia has administered about 235,000 doses of the vaccine, out of the roughly 940,000 allocated to the state, one of the lowest rates in the country.