A company spokesperson said a patient was "inadvertently injected with an empty syringe." She was asked to return to the store to get an actual shot. 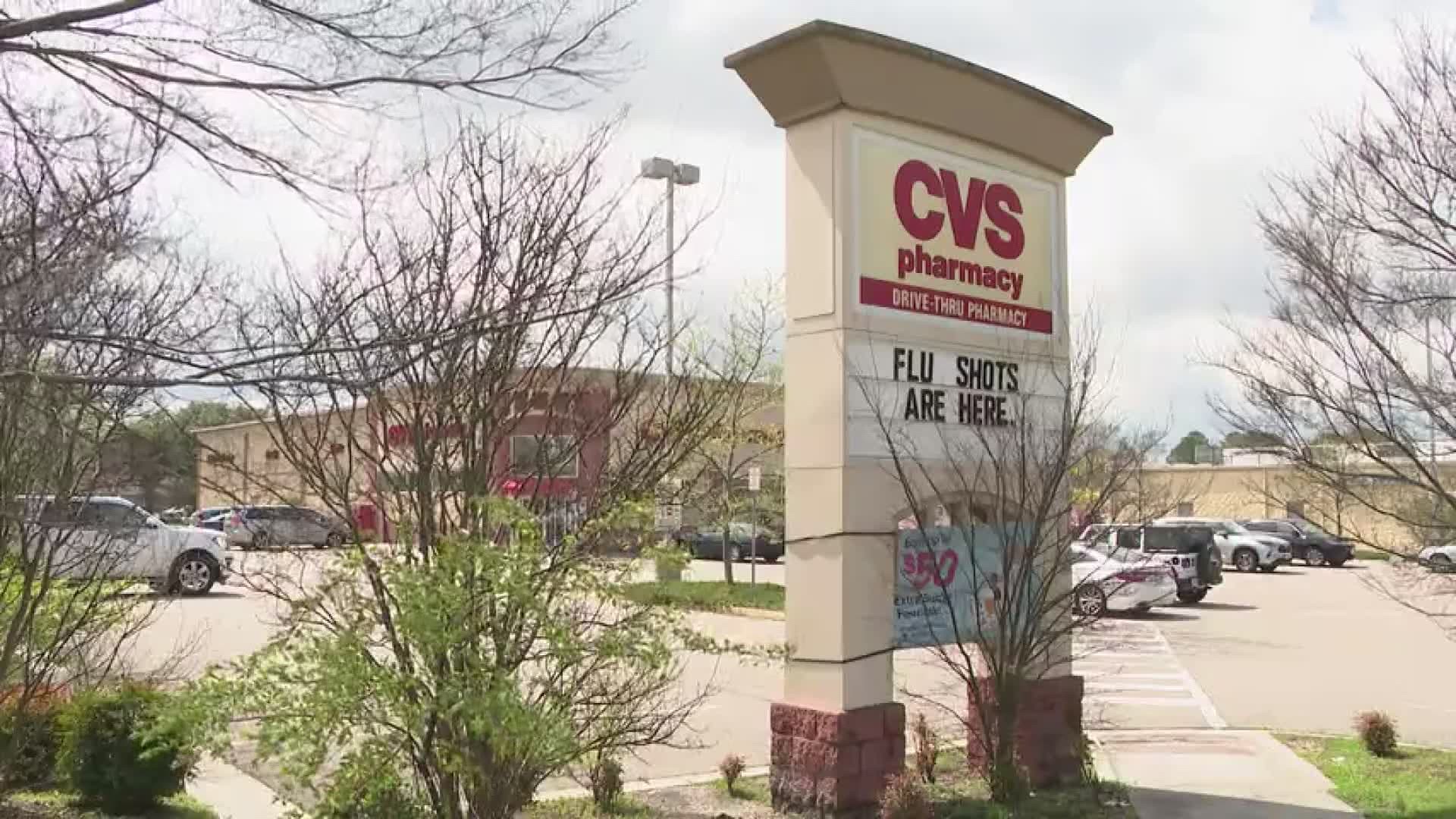 NORFOLK, Va. — On Thursday, a CVS pharmacy in Norfolk admitted to administering an empty shot to a woman instead of a COVID-19 vaccine dose.

“I got it at 10:30 [Wednesday] and I thought everything was great. I left and I got a call later that day from the pharmacy telling me that I got a 'blank shot,' that I received a blank vaccine," said Kathryn Whitbeck.

Whitbeck said getting the COVID-19 vaccine means protecting herself, her family, and others around her.

“It’s removing myself as a link in the chain of transmission, and it’s important I don’t contribute to someone who’s vulnerable getting ill and possibly dying," said Whitbeck.

A corporate spokesperson confirmed Thursday that a pharmacy on North Military Highway injected an "empty syringe" instead of the actual vaccine to a woman on Wednesday.

Shortly after the incident, the store reached out to the patient as soon as they confirmed the shot was empty.

CVS released the following statement on the incident:

"Yesterday at our pharmacy on N. Military Highway in Norfolk, one patient was inadvertently injected with an empty syringe instead of receiving a COVID-19 vaccine. We contacted the patient right away to apologize for this incident and ask that she return to the pharmacy so she could receive the vaccine. We are reporting it to the appropriate regulatory agencies and have taken steps to minimize the risk of this occurring again."

“They made sure that as soon I came in there was already a seat for me, they took care of me. So again, human error. Of course, it happens but they were very apologetic. I appreciate that," said Whitbeck.

Another incident similar to this one happened earlier in March at a Kroger store in the Richmond area. The grocery store's pharmacy administered empty shots to a small number of people.

Whitbeck wants to make sure everyone does get the shot and learns from her experience.

“Wherever you’re getting the shot at a pharmacy or doctor's office, you can always ask them, 'Hey, can you talk me through the process? Talk with me about what you’re doing right now,'" said Whitbeck.