Georgia Gov. Brian Kemp compared the demand of these Publix vaccines to an SEC football game. 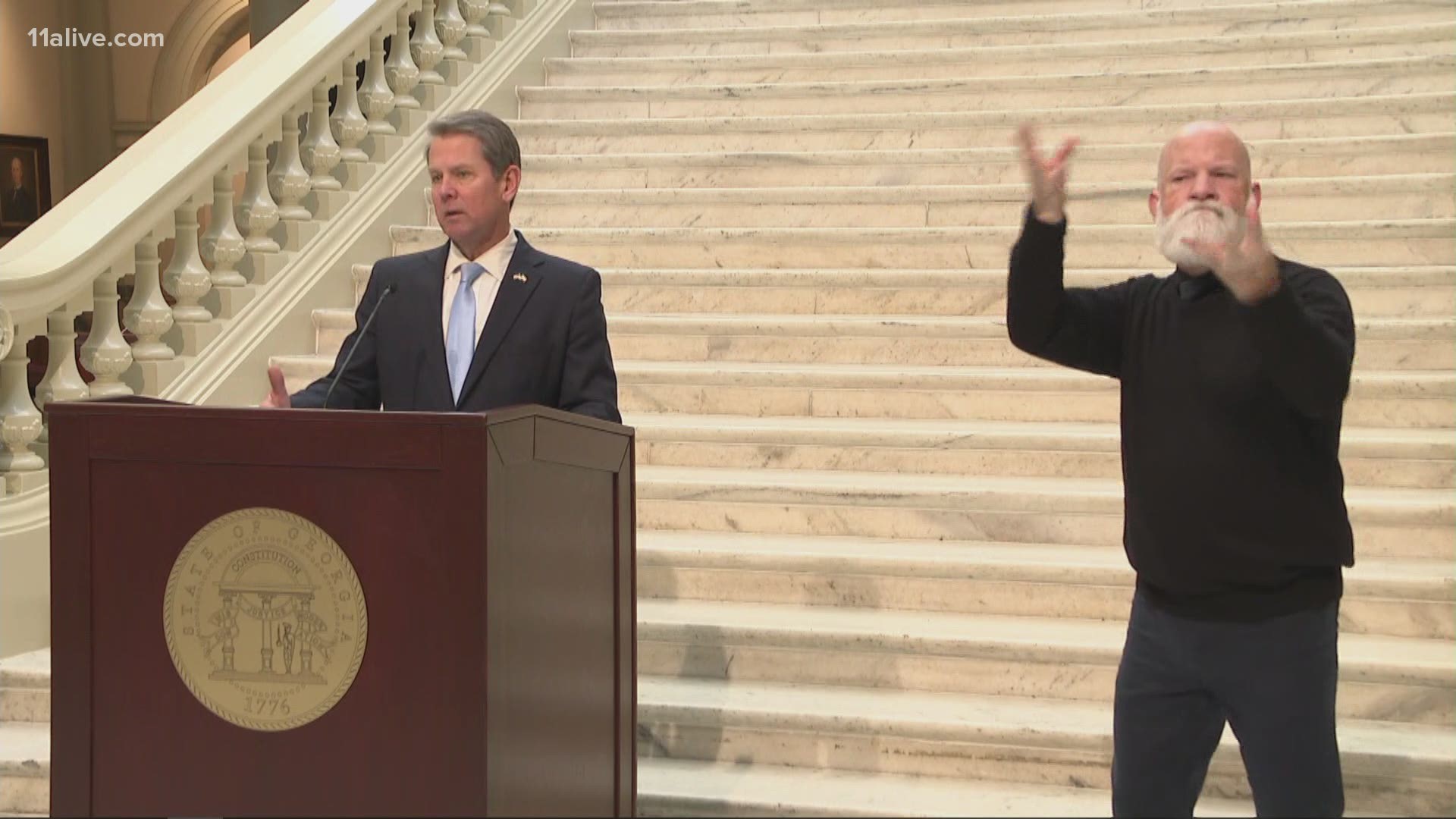 ATLANTA — Publix announced on Monday that appointments were opening up at 6 a.m. on Tuesday for their next batch of COVID-19 vaccines.

If you weren't quick, you probably missed out.

Jared Glover, a spokesman with Publix Super Markets, said Georgia Publix pharmacies received a total of 14,100 vaccines in this second delivery. They were all booked within the first hour.

"We continue to work with state health officials to receive more doses of the vaccine in order to open more appointments," Glover said.

Georgia Gov. Brian Kemp compared the demand of these Publix vaccines to an SEC football game.

"It was more demand than you would see for a Georgia-Alabama SEC Championship football game," Kemp said. "That is what we are dealing with and we are going to keep dealing with that."

The appointments on Tuesday were available at 139 Publix locations across the state, they announced. That means if all stores got the same allotment, it would only equal about 100 doses at each pharmacy.

The state is still in Phase 1A+, which includes first responders, health care workers, individuals ages 65 and older and their caregivers, and residents and staff of long-term care facilities.

Kemp and Georgia Dept. of Public Health Commissioner Kathleen Toomey said that residents just need to be patient and that they are doing all they can.

They said that the state may not see a jump in its weekly allotment of 120,000 coronavirus vaccine doses until April.

Group 1A+ includes nearly 2 million people. To date, the state has only vaccinated around 700,000.