The reports of 100 people developing Guillain-Barré syndrome represent a tiny fraction of the nearly 13 million Americans who have received the one-dose vaccine. 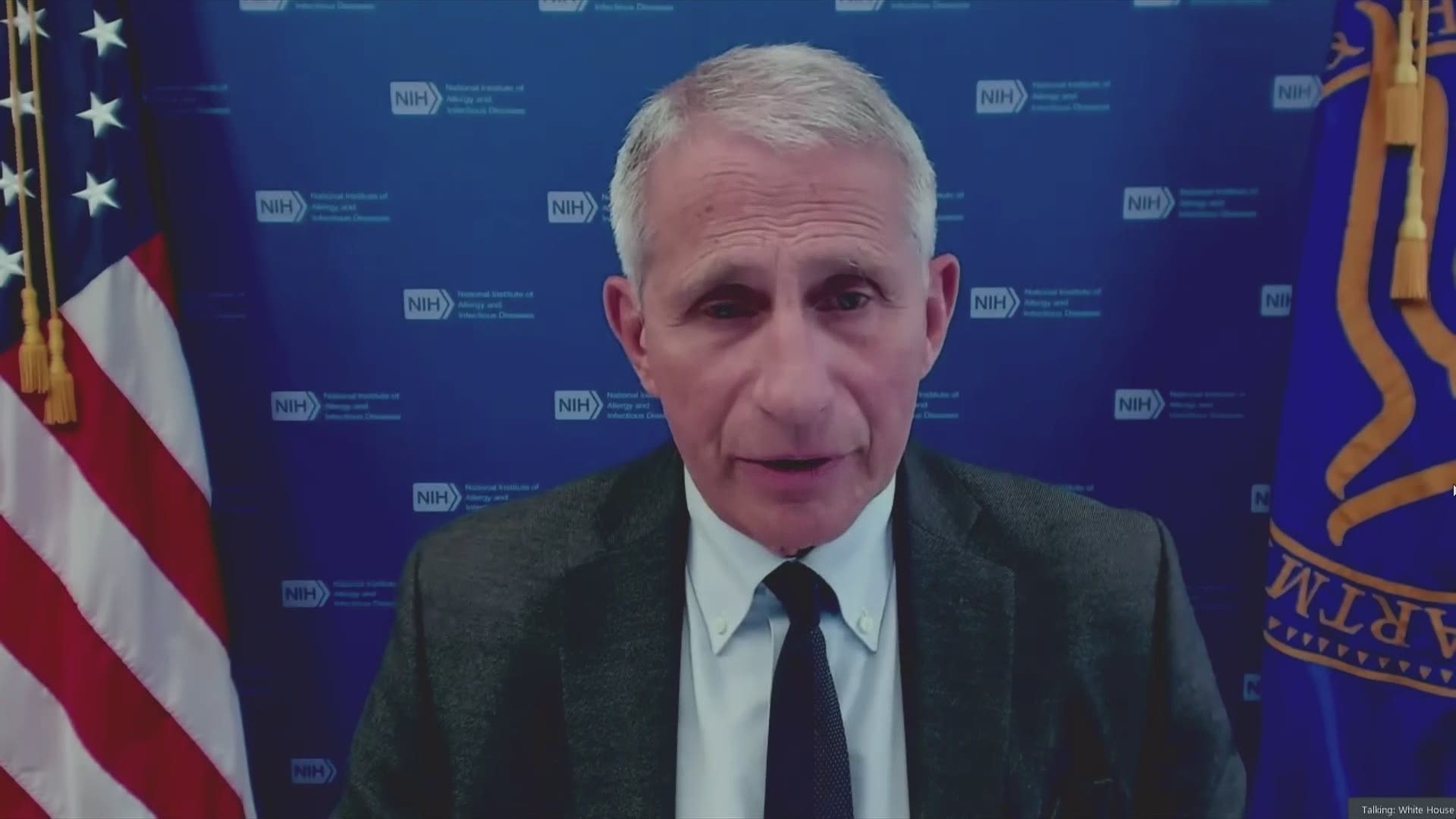 WASHINGTON — U.S. regulators on Monday added a new warning to Johnson & Johnson’s COVID-19 vaccine about links to a rare and potentially dangerous neurological reaction, but said it’s not entirely clear the shot caused the problem.

The Food and Drug Administration announced the new warning, flagging reports of Guillain-Barre syndrome, an immune system disorder that can cause muscle weakness and occasionally paralysis. Health officials described the side effect as a “small possible risk" for those getting the shot.

The action comes after the FDA and the Centers for Disease Control and Prevention reviewed reports of about 100 people developing the syndrome after receiving the one-dose vaccine. Almost all of them required hospitalization and one person died, the FDA said.

Guillain-Barre syndrome occurs when the body’s immune system mistakenly attacks some of its nerve cells, causing muscle weakness and sometimes paralysis that typically is temporary. An estimated 3,000 to 6,000 people develop the syndrome each year, according to the CDC.

The number of cases reported in connection with J&J's vaccine represents a tiny fraction of the nearly 13 million Americans who have received the one-dose shot. Most cases were reported in men — many 50 years old and up — and usually about two weeks after vaccination.

J&J said in a statement it has been discussing the reports with the FDA and other health regulators around the world.

The CDC said it would ask its panel of outside vaccine experts to review the issue at an upcoming meeting.

The government said the vaccines most used in the U.S., made by Pfizer and Moderna, show no risk of the disorder after more than 320 million doses have been administered.

The new warning will be included in pamphlets given to people getting the J&J shot. They should seek medical attention if they experience any symptoms, which include tingling sensations, trouble walking and double vision, the FDA said.

Vaccines historically provide broad protection with little risk but come with occasional side effects just like other drugs and medical therapies. The three COVID-19 vaccines used in the U.S. were each tested in tens of thousands of people, but even such huge studies can’t rule out extremely rare side effects.

The CDC and the FDA have been monitoring side effect reports submitted by physicians, drugmakers and patients to a federal vaccine safety database.

Guillain-Barre can be triggered by a number of infections, including flu, cytomegalovirus and Zika virus. But there have been rare cases in which people develop the disorder days or weeks after receiving certain vaccines.

J&J’s vaccine was highly anticipated because of its one-and-done formulation and easy-to-ship refrigeration. But early on, it was linked to another rare risk, of blood clots, and the company hasn’t been able to produce as much as expected because of problems at a Baltimore factory that helps make the shots.