While the vast majority of COVID vaccines are on track to reach Georgians in need, there are some that won't. We found out why. 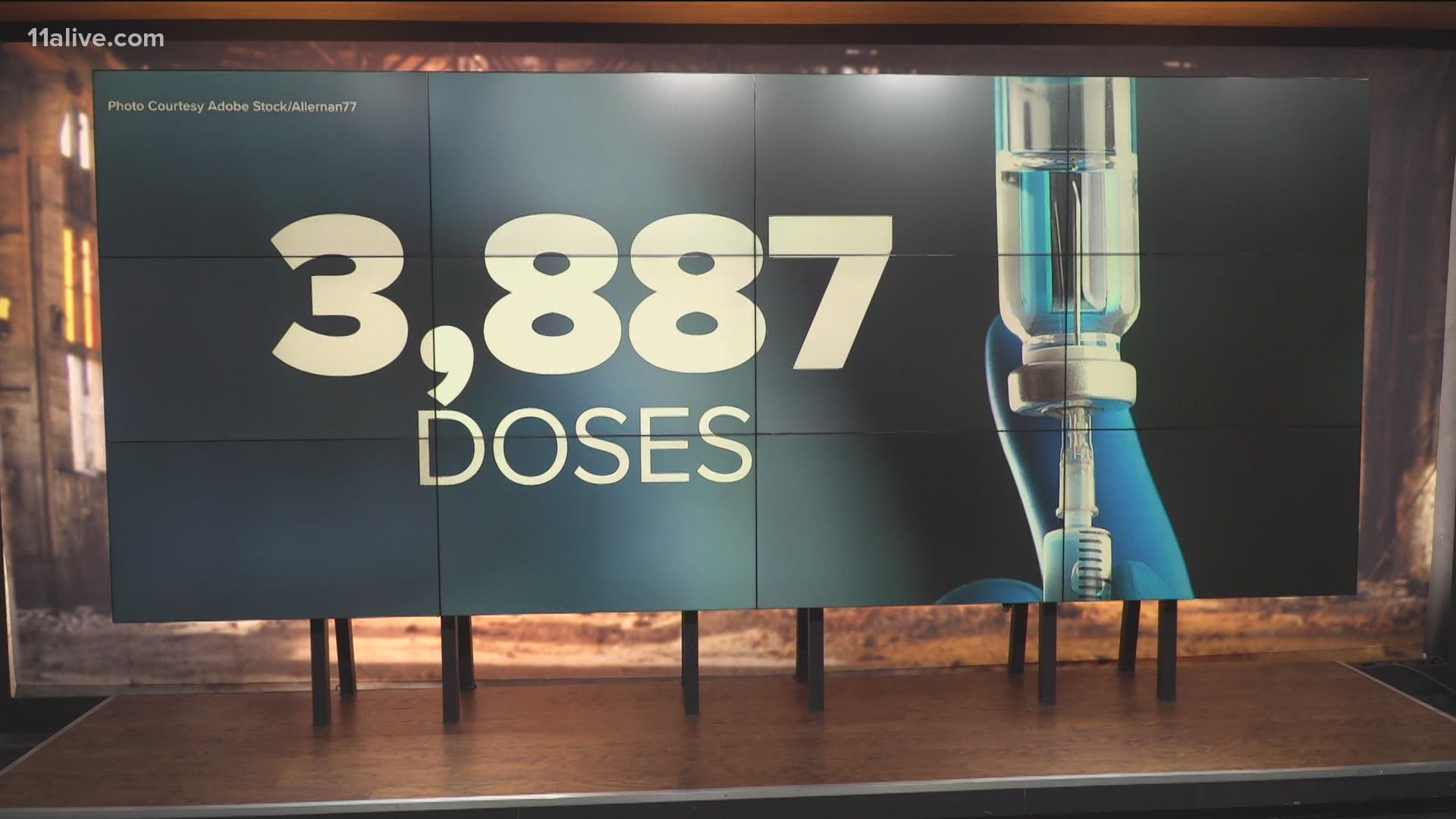 ATLANTA — The Georgia Department of Public Health has released details regarding some COVID vaccine doses that will go unused and also explained why.

Compared to roughly 1.4 million vaccine doses that successfully made it into the arms of Georgia residents, just under .3 percent were unused. That, however, translates to just short of 3,900 doses.

The largest number of vaccine doses not used, 1,607 of them, were listed as "not needed after prepared. The next most common reason was that the vaccines "appeared contaminated" with about 1,056 not being used in these cases.

Another 632 were said to have been damaged. And a smaller number, 213 were said to be missing or unaccounted for.

In considerably more rare cases, the DPH reports that 181 doses were said to have leaked from the syringe and 160 apparently had "fewer than nominal" doses" in a multi-dose vial.

The rarest cases were varied but included 33 cases where diluent was added when not required, three cases where a parent or child refused, and two where a partial dose immunization was given.

The data doesn't elaborate on some of the larger cases that suggest that the vaccine doses weren't needed. This, however, could have been for a range of reasons including human and laboratory errors.

While a small percentage, the numbers come as many around the state continue fighting to get their first vaccine - and some begin the journey of scheduling and getting their second. Georgia is currently in Phase 1A+ which includes healthcare workers, residents and staff and long-term care facilities, Georgia residents 65 and up along with their caregivers, and various first responders such as police, firefighters, and dispatchers.)

In total, Pfizer and Moderna have already shipped 1,835,775 vaccine doses to Georgia - 100 percent of what has been allocated so far. Of that, just shy of 77 percent have been provided, leaving about 427,545 that are ready to go.