The state is allocating supplies to get them administered. 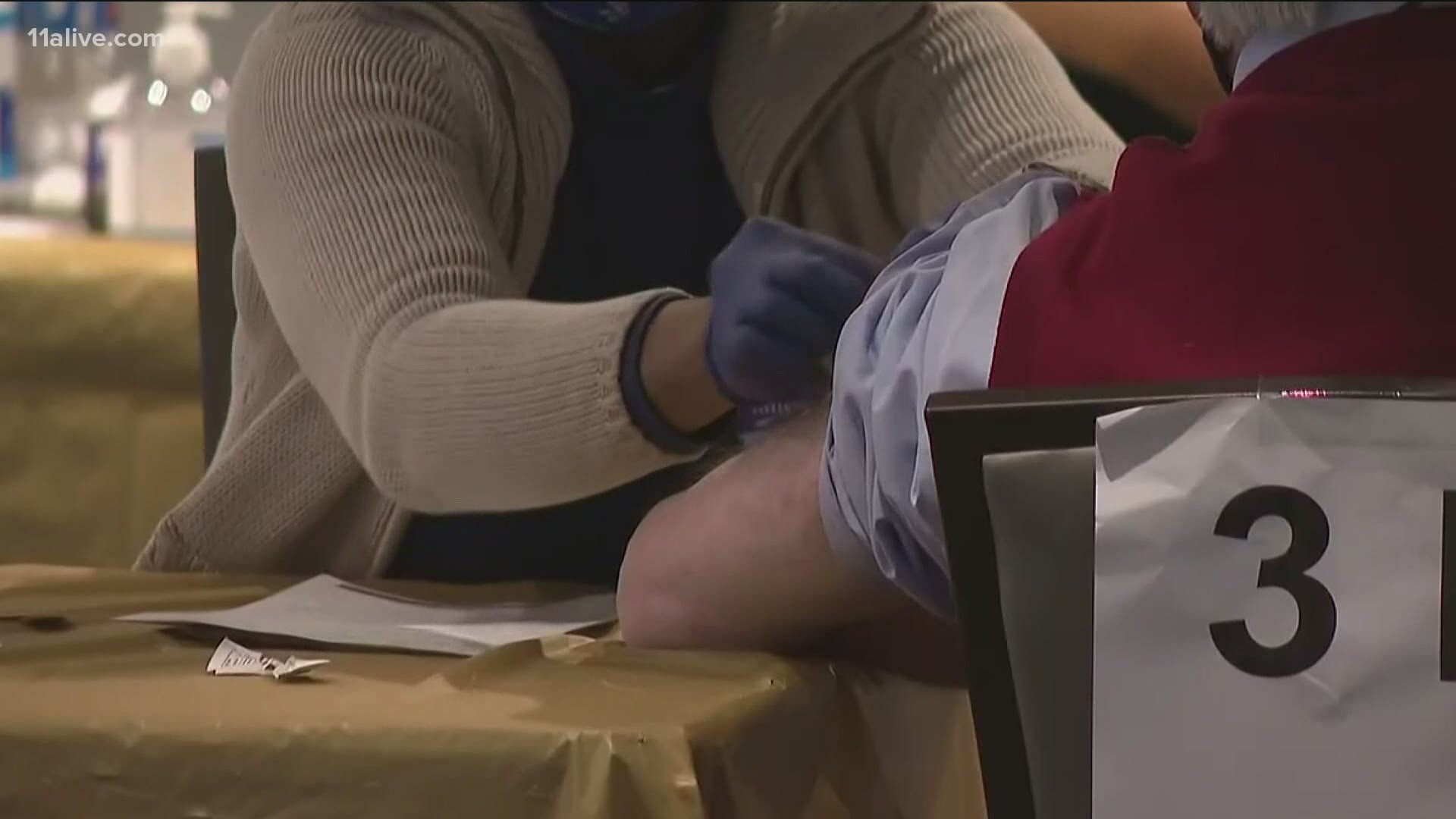 ATLANTA — The state says it has increased its rate of COVID-19 vaccinations.  But it also says half of its supply on hand is still awaiting distribution.

This, after the state took a lot of criticism a few days ago for falling near the bottom of the 50 states in vaccination rates.

The governor’s office says over the last eight days, the state administered more than 216,000 vaccines – which more than doubled the number previously vaccinated. So far, the state has administered 48% of its allocation, as shown in the graphic below. That's up from 45% a day ago.

But the governor’s office also acknowledged what it called "backlogs in provider reporting." And at a legislative committee hearing Tuesday, the state’s public health director told lawmakers that the state has only administered about half of the vaccines that it has in supply.

"Yes, we have used fifty percent of our vaccines. Some of that is sitting at Walgreens and CVS waiting to finish up the long term care facilities so they get their allocation," state public health director Kathleen Toomey told members of the joint Appropriations committee Tuesday. "So, most of those doses are actually already allocated, and there’s a plan for them."

Toomey acknowledged that the appearance of unused vaccines may not sit well with observers.

"So, it looks like we’ve only used half. But that other half isn’t sitting somewhere. It’s sitting because it’s going to be used in the next phase ahead," she explained. "So, I wanted to assure you the optics of vaccines sitting in freezers is not what’s happening right now. In fact, it’s just an incredible push to get the out vaccine very, very quickly."

Toomey took some grief from one lawmaker who said constituents who had gotten vaccines were having trouble scheduling the second vaccine. Toomey acknowledged those logistical issues are a work in progress as the vaccine slowly rolls out.