Vaccines pouring into Georgia faster than statewide demand can keep up 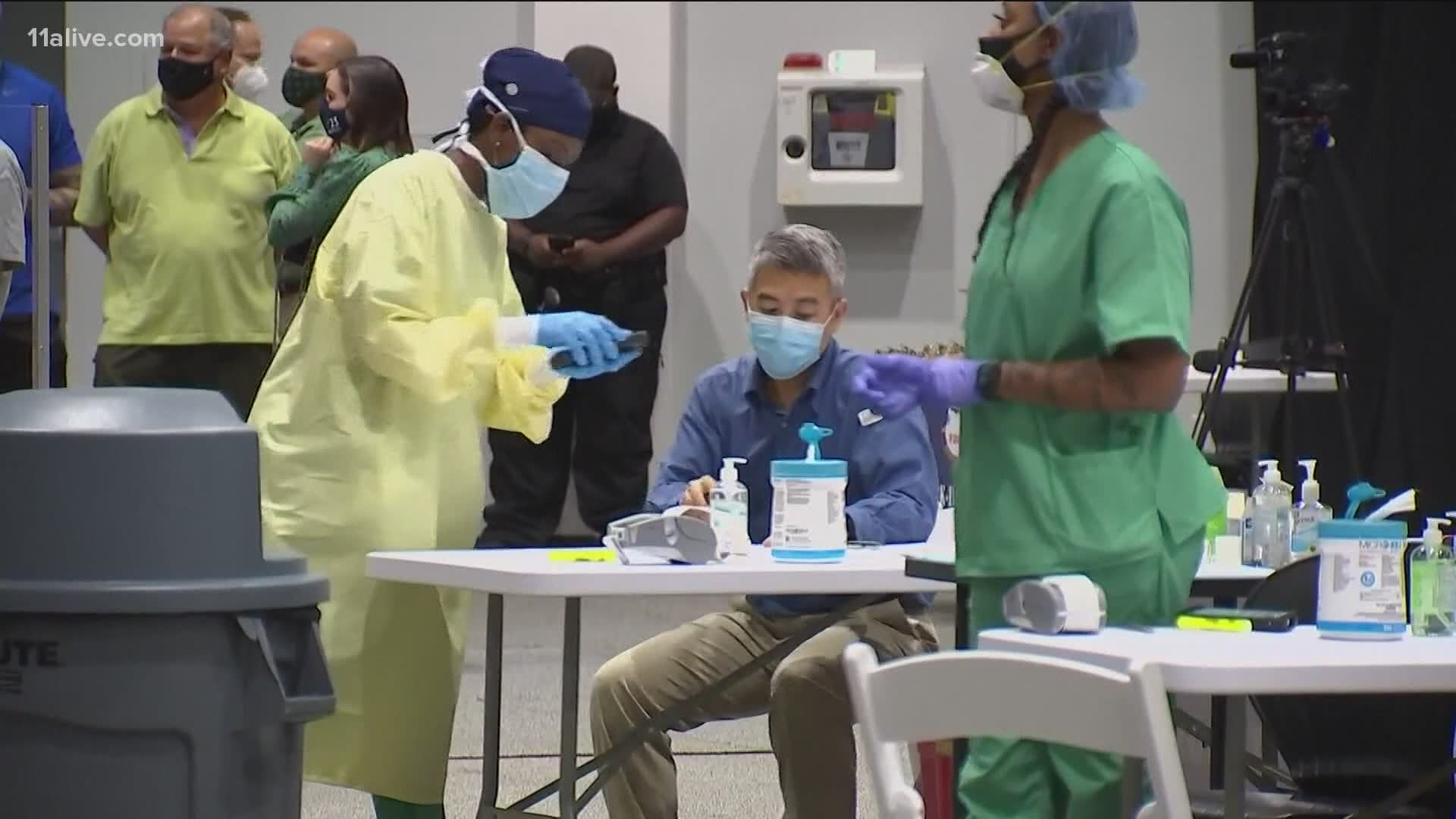 ATLANTA — Supplies of COVID vaccines continue to pour into Georgia from the federal government.

The question is whether enough people will get the vaccines to kill off the variants and put an end to the pandemic here and across the country.

Ultimately, herd immunity remains the goal. But at the rate people are getting the vaccines, it’s still months away, at the soonest.

So far, 34 percent of Georgians have received at least one shot (5.8 million), compared with 42 percent (231 million) of all Americans.

“In some pockets of Georgia, there is more supply than, seemingly, demand,” said Dr. Chris Rustin of the Georgia Department of Public Health on Monday. “There are a lot of individuals that are riding the fence.”

Dr. Rustin manages the state’s vaccination program. He believes that apart from those who have decided not to get the vaccines, many people are fence-sitters—they are waiting to see what happens to those who have already chosen to receive the vaccines. And he said another issue is that many simply have not been able to get to vaccination sites during the hours they are off work.

The greatest demand for the vaccines in Georgia is in metro Atlanta, and demand falls off quickly the further away you go into most of the rest of the state.

The two counties in the state with the highest percentage of people who are fully vaccinated are both in metro Atlanta—Fayette (27 percent) and Cobb (21 percent).

So DPH has contracted with Community Organized Relief Effort, CORE, to transform vans into mobile vaccination facilities and drive them into harder to reach areas--in Metro Atlanta as well as in suburban and rural Georgia--and the mobile facilities stay open after people get home from work.

People can see where the vans are going, and make appointments for the vaccines, on the CORE website.

“They are very mobile, they are able to get into the communities, and partner with churches, partner with community organizations, and bring the vaccines to where people are,” Rustin said. “I believe that if we do that, we’ll see more and more people get vaccinated.”

DPH is researching how many people in Georgia are deciding not to get their second shot of the Pfizer or Moderna vaccine.

According to the Centers for Disease Control and Prevention, in March, about 3.4 percent of people nationwide who received their first shot were not getting their second shot.

Now, it’s more than doubled—about eight percent are not getting their second shot.

“Getting one dose is certainly better than no vaccine,” Rustin said, “but we want the vaccine to be as effective as it was designed. Our goal is herd immunity. But, instead of looking at numbers, I think the goal should be – protect yourself, protect your loved ones, and protect the community. And that’s what gets us back to normal.”

On Monday, Dr. Anthony Fauci projected that at the current pace of vaccinations across the U.S., herd immunity will still take “a while,” but the nation will see a dramatic turning point in the pandemic in just weeks.

“We need to get people vaccinated as quickly and expeditiously as we can,” Dr. Fauci said. “If we can get three million people a day vaccinated, literally within a period of a few weeks we're going to start to see a turning around of the dynamics. Not down to no infections. I mean if you are waiting for classic measles-like herd immunity, that's going to be a while before we get there. But that doesn't mean we're not going to have a significant diminution in the number of infections per day and a significant diminution in all of the other parameters, namely hospitalizations and deaths.”