Can West Virginia's COVID vaccine success be replicated in Georgia?

West Virginia's population is roughly equal to Fulton and DeKalb Counties combined, but the Mountaineer State's vaccine example could help Georgia and other states. 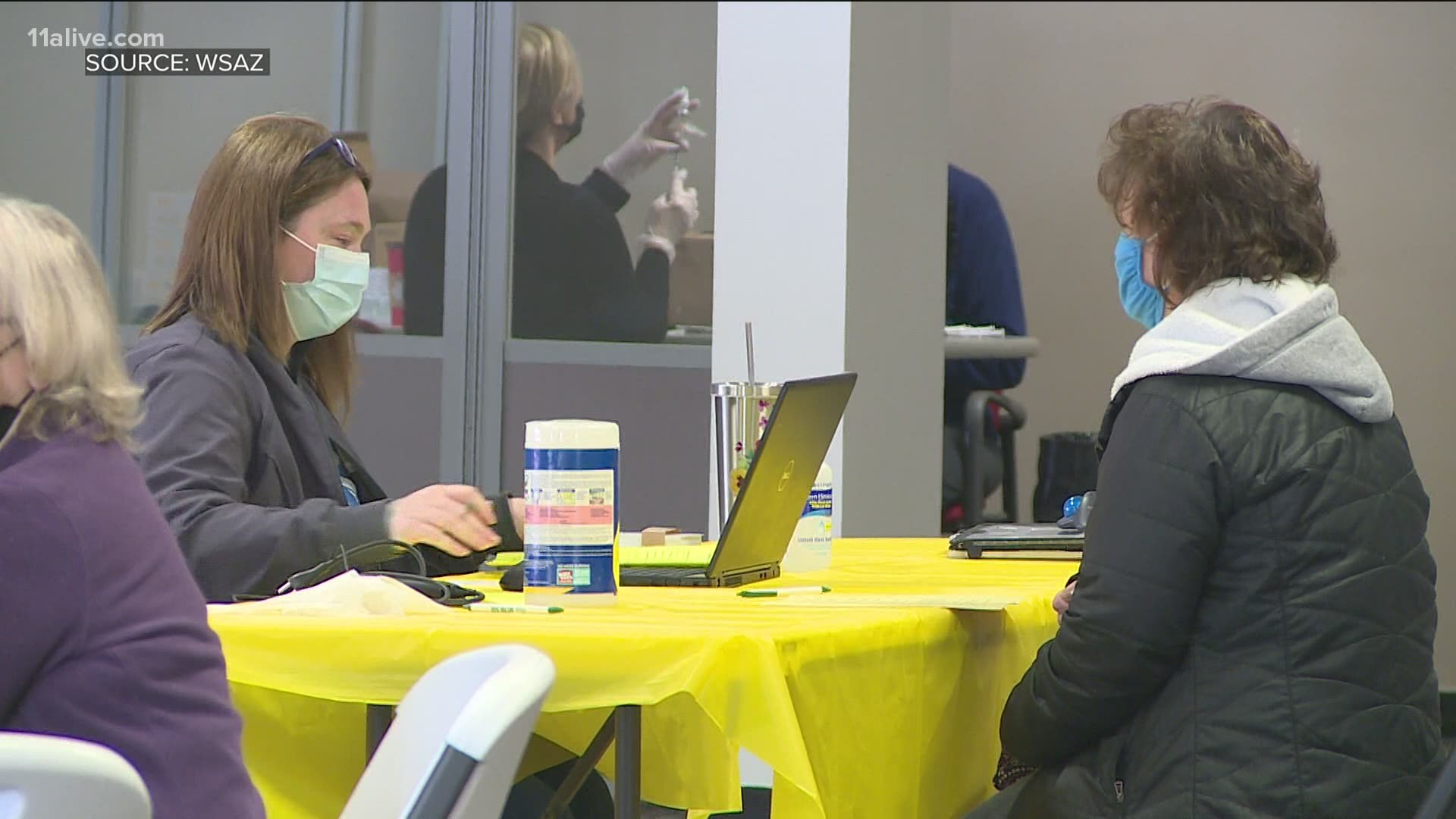 Numbers from West Virginia's Department of Health and Human Resources show, currently, 15% of the population have received the first COVID-19 vaccine dose. Another 9.3% are completely vaccinated and 101.3% of doses received by the state have been used. The percent of doses used being above 100% means the state is using all of its allotted doses, while also successfully extracting extra doses from some vials.

As a comparison, Georgia has used 84% of doses the state has received. So, what's been behind West Virginia's success? And can it be applied to Georgia?

"A key element of success that I've been emphasizing is the importance of ensuring that the people in the community are not left out of our vaccine deployment efforts," said Dr. Christopher Martin, a professor with the West Virginia University School of Public Health.

Martin recently wrote in The Atlantic about the state's approach to vaccinations for COVID-19. In an interview with 11Alive Monday, Martin said early on, the state created a vaccination plan tailored to meet the needs of West Virginia. That included leaning on local independent pharmacies.

When vaccinations began, most states accepted a federal plan to have national pharmacy chains CVS and Walgreens administer vaccine doses in each state's long-term care facilities. But Martin explained that that strategy wouldn't necessarily have worked for West Virginia.

"We have far more community-based pharmacies," he said. "We have something like 250 of them, versus under 150 of the chain pharmacies."

Martin added the owners of West Virginia's pharmacies often have deep roots in the community, know their neighbors, and are considered trusted sources of health information. Thus, they're able to respond through one-on-one conversations to questions of vaccine hesitancy issues.

That focus, based on data and the use of local pharmacies to administer shots, has been successful.

According to Hoyer, as of last November, more than 50% of COVID-19 deaths in West Virginia were happening in nursing homes and 97% of deaths were people 50 and older.

"By doing that in the first six weeks of 2021, our death rate has dropped 72 percent," Hoyer said. "Our hospitalizations are down below 300 statewide."

Listening to local needs in West Virginia included utilizing a hotline for making vaccine appointments, instead of relying solely on websites, as some states did. The state is made up of many rural communities with limited high-speed internet access, and Hoyer and Martin both mentioned the state has one of the oldest populations of any state in the country.

"Broadband is an issue, but the other issue is culture, in that, how many people do you know in their 70's and 80's who are that internet savvy? But they do probably have a cell phone or a home phone, and they're more apt to want to talk to an individual," Hoyer explained.

While he highlighted the state's success with vaccinations, Hoyer also added a caveat: "Now, we are a state of 1.7 million people," he conceded. "There are probably more people in Atlanta, but you can see the significant impact our approach had."

The population difference is one item Georgia's top doctor recently pointed to when asked about the success of vaccine efforts in West Virginia.

"I've calculated that West Virginia has less population than we have in Fulton and DeKalb counties," state health commissioner Dr. Kathleen Toomey said in a Feb. 18 press conference. "We have a very different challenge in our state, not only because of our larger population, but we have a diverse population."

Martin admits the population difference does present an advantage for West Virginia.

"Being a smaller state, that gives you efficiencies of scale," he said. "You can be more nimble to deploy a wide vaccine effort like this when you're smaller."

What can be duplicated, though, according to Martin, is focusing on local needs, involving the community, and providing the necessary resources.

He wrote in The Atlantic, "the more the state collaborates with those at the local, community level, the greater the vaccine uptake. Trust is key."

Both Martin and Hoyer said West Virginia's vaccination plan won't work for every state, but the thought process behind the approach could be used elsewhere.

They advise other states to talk with local communities, identify the unique needs of areas - that can even vary widely within a single state - and then find a way to provide the necessary resources to offer vaccine doses and make sure shots are ultimately administered.