So far, only about 45 recipients of the five million who have received the vaccine have reported a significant reaction. But Sarah Gant said she was one of them. 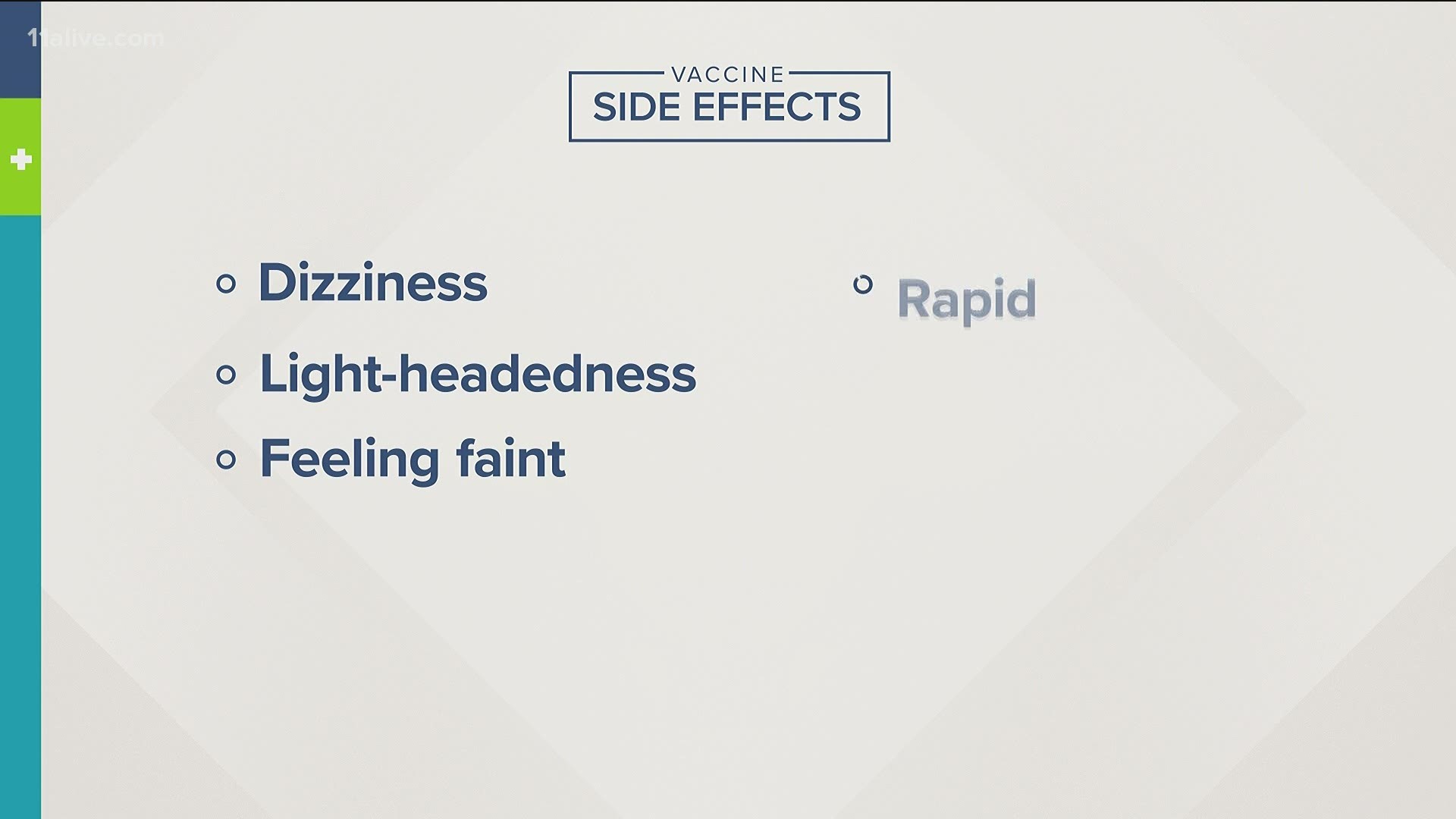 TUSCALOOSA, Ala. — Editor's note: Health officials in the U.S. have now recommended a pause in using the single-dose Johnson & Johnson COVID-19 vaccine. This story was published before the recommendation. Read more on the pause here.

Dizziness, shortness of breath, and feeling lightheaded are just a few of the symptoms 20-year-old Sarah Gant, of Tuscaloosa, Alabama, experienced when she had an adverse reaction to her Johnson & Johnson vaccine.

Gant received the shot from her primary doctor's office in Tuscaloosa on Thursday morning. By that evening, she realized something was wrong.

Gant explained she was also having heart palpitations.  She called 911 and paramedics came to her home. They told her she was having an allergic reaction to the COVID-19 vaccine.

RELATED: What we know about the J&J COVID-19 vaccine and why it was paused

"My fever went up to 104.3 and I was having chills, shakes, body aches," she said. "It's just been really scary with all of these symptoms that I didn't expect."

Gant said she ended up going to the emergency room because she had never had this type of reaction to a shot before.

The DPH said it is looking into the reactions but said the side effects, in these cases, were consistent with common reactions for any vaccine, adding that there's no reason to believe there's anything wrong with the shot.

According to the Centers for Disease Control and Prevention, having adverse reactions to the vaccine is rare. However, some doctors are seeing more noticeable symptoms after vaccinating their younger patients.

Schaffner said it is common for young people to have mild symptoms anywhere between 24 and 48 hours after receiving the vaccine.

"The CDC is monitoring vaccine safety constantly," he said. "With some of the vaccines, we've had this anaphylaxis phenomenon, we can pretty much predict when that's happening and provide a vaccine in a safe environment."

Even with Gant's experience, experts say adverse reactions are still exceedingly rare. Out of nearly five million doses of the Johnson & Johnson vaccine, only about 45 have reported experiencing any kind of noticeable reaction to it.

The CDC is still encouraging sites to provide the shots.