The surge of the Pandemic meant a stop in jury trials, but a start to what will become a permanent part of civil proceedings: virtual hearings via Zoom and WebEx. 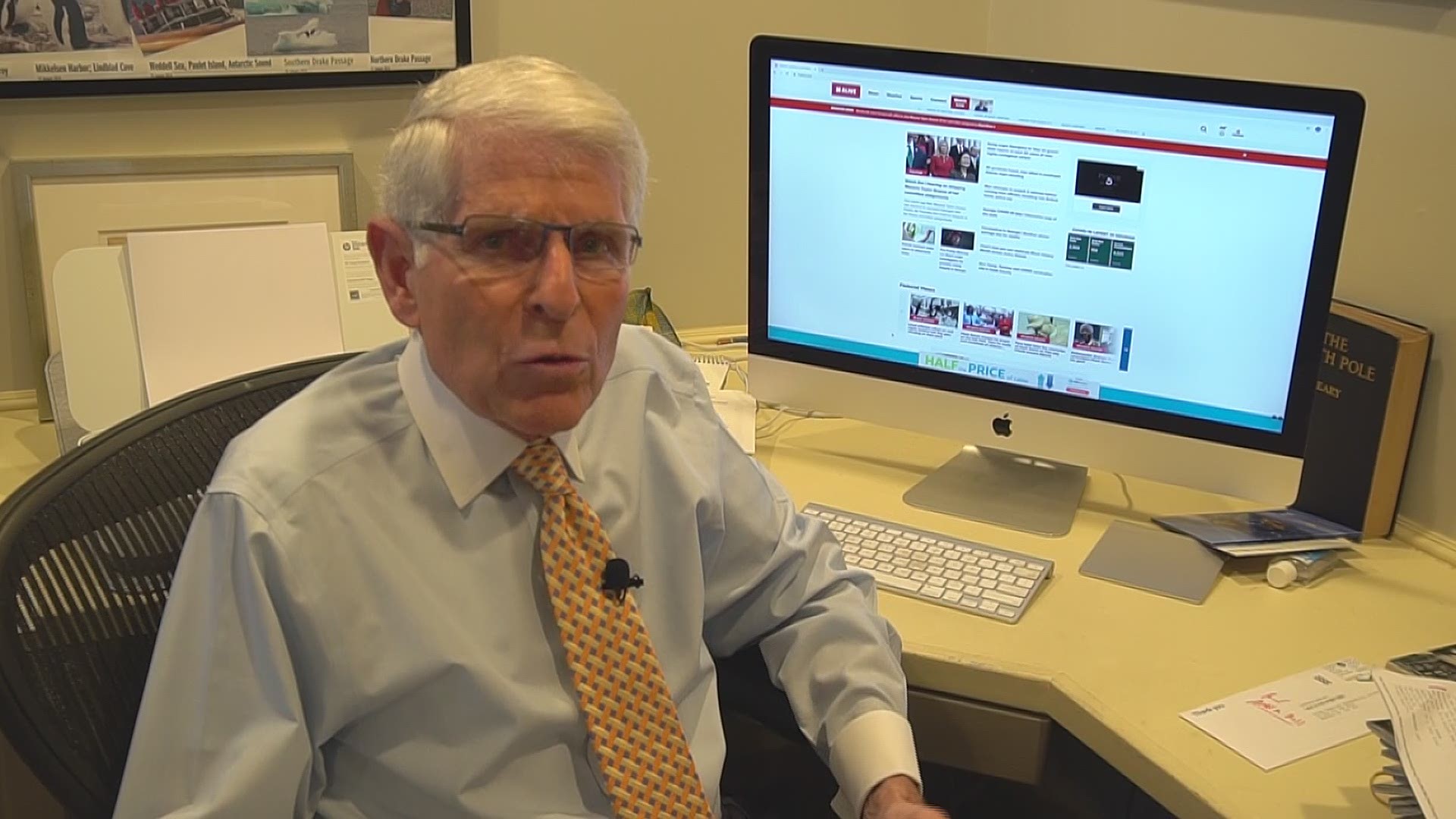 ATLANTA — When the Pandemic surged across Georgia last March, the Georgia Supreme Court immediately halted all jury trials on both the criminal and civil sides.

As a result, thousands of cases were put on hold.

But technology stepped in on the civil side to keep the wheels of justice moving.

The courts are now equipped with virtual computer technology, allowing judges to conduct hearings via Zoom and WebEx in a wide range of family and civil cases.

And the Chief Judges of four major Metro Atlanta counties agree that using the virtual technology is sure to remain as a permanent part of court proceedings after the pandemic subsides.

"The courts continue to work, even though we are not trying jury trails, and Zoom has become our new best friend," explained Fulton County Chief Judge Christopher Brasher.

In the Fulton courts alone, Judge Brasher said 150 Zoom and WebEx accounts are in place, and all 20 superior court judges are now conducting virtual hearings. Its a similar situation in DeKalb, Cobb and Gwinnett. But there is a glitch that can cause the caseload to back up.

"In all civil cases, and in most of the family cases, there is a right to a jury trail," Judge Brasher added.

With jury trials on hold since March, its a waiting game until trials resume.

RELATED: 'Waiting on a non-existent court date': Still behind bars for nearly four years, David waits for his day in court

But, the lull in jury trials, said Cobb County Chief Judge Robert Leonard, has allowed judges to concentrate on virtual hearings. He said it has helped to resolve more than 6,000 civil cases through December.

"Divorce matters have been on the rise, and not everybody's time at home has been full of marital bliss," Judge Leonard said.

In Gwinnett County, Chief Judge George Hutchinson said with virtual hearings and no jury trials, pending family cases have been cut from 6,500 at the end of 2020 to 4,000 now, while civil cases are down from 2,000 cases to just over 1,600.

"We are making maximum use of every video option that we have available, and it is our hope that in every opportunity that we have, we will do everything we can to make sure that the hearings are conducted via video," Judge Hutchinson said.

And in DeKalb County, Chief Judge Asha Jackson said the courts are taking advantage of every virtual opportunity.

"We've been able to put in place our mediation services in domestic cases, and for those that do not resolve, they can come and have a final hearing, and we've done so very well and effectively in the virtual setting," she said.

And with the courts now taking full advantage of virtual hearings and virtual mediations on the civil side, they anxiously await the return of jury trials to advance an expected backlog of cases on the criminal side.