The latest report shows Georgia near the bottom among states in new hospitalizations and deaths. 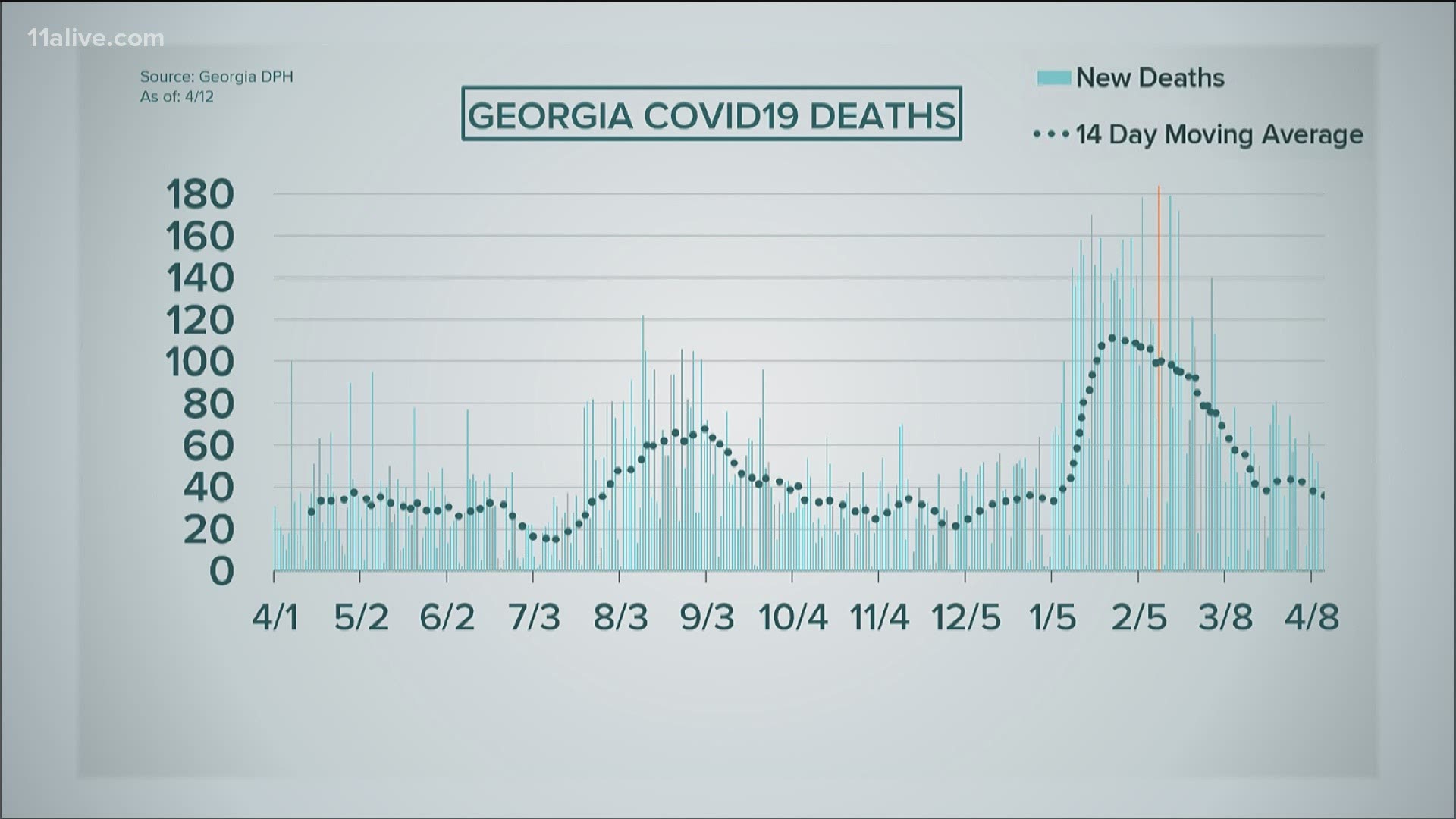 The most recent report, dated to April 9, reflects a continuing steady drop in cases - compared to other states, Georgia ranks solidly in the top half among fewest new cases (17th).

But Georgia is among the worst states in new hospital admissions (46th) and deaths per 100,000 residents (47th).

RELATED: LIST: The latest COVID case, death and hospitalization data for Georgia as of April 13

The deaths are particularly noteworthy, because Georgia's low ranking came despite a dramatic drop from the previous week - 31%, according to the report.

The report shows Georgia's rate of new cases fell by 9%, with testing falling 16%. The state's test positivity rate falls roughly in the middle of states - 26th - falling by 0.5% last week to 4.8%.

The rate of new hospital admissions fell by 4%.

According to the report, while Georgia's cases are dropping the state is still classified as having "substantial transmission." Most of the highest rates of transmission are occurring in metro Atlanta and north Georgia counties, according to a color-coded map contained within the report.

It says more than 3 million people in the state, nearly 30% of the population, have received at least one dose of a COVID-19 vaccine. Among states, Georgia is one of just a handful that still had fewer than 30% of its population vaccinated as of last week.