Other countries have started to ease or lift lockdowns, although it doesn’t look the same across the world. 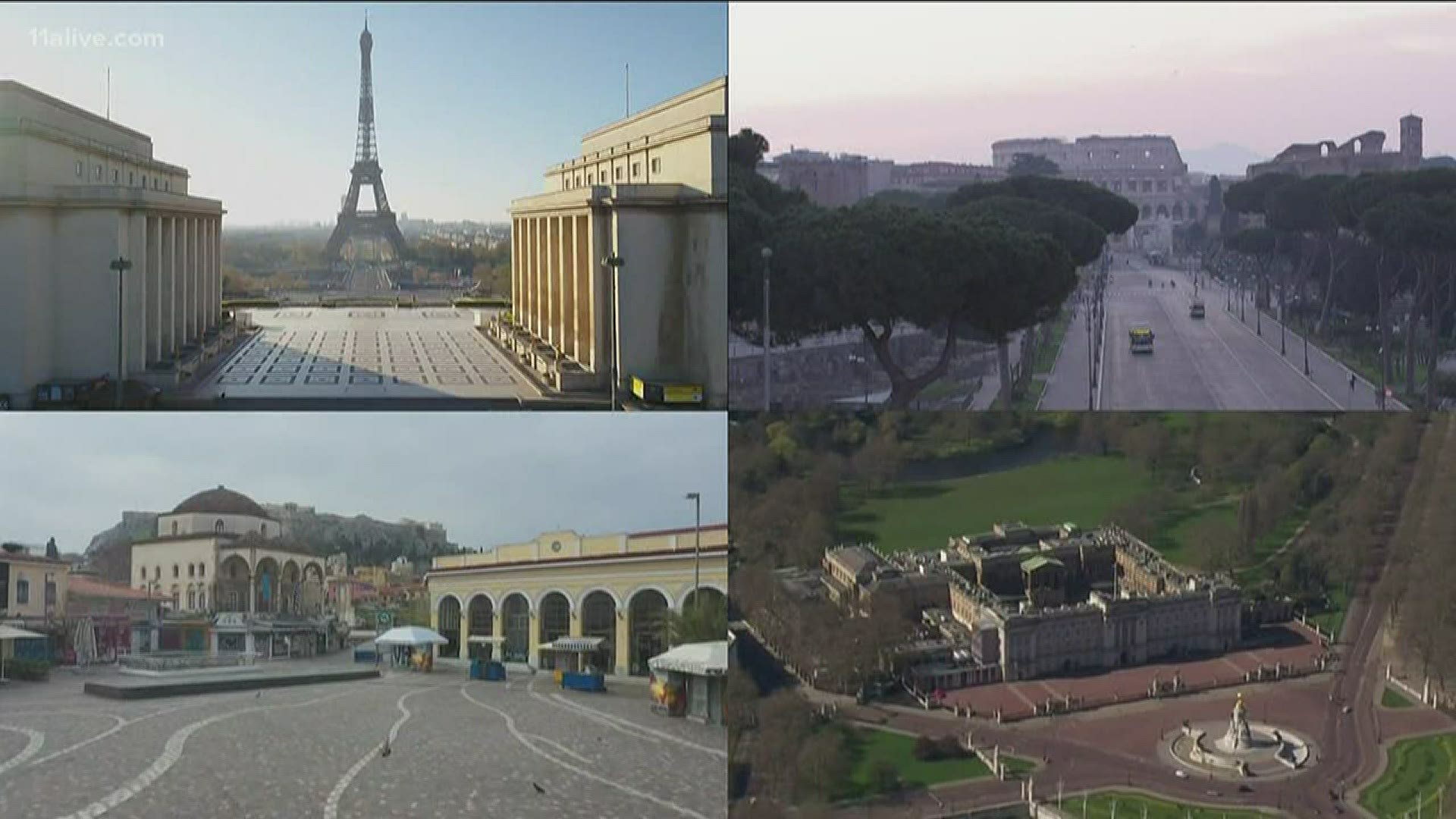 ATLANTA — The debate over whether to ease shelter in place orders continue throughout the United States.

Many questions remain. Is the country ready? Is it safe? Could a rapid release of people back into normalcy result in the second wave of infections?

Other countries have started to ease or lift lockdowns, although this doesn’t look the same across the world.

South Korea, for instance, never issued a severe lockdown, but managed to flatten the curve with massive, widespread testing.

However, Wuhan, China, the epicenter of COVID19, issued an aggressive lockdown which was lifted after 76 days, when no new local infections were reported. Not everything returned to “normal” as most would refer to it. Shops and restaurants opened, but people can only travel freely if they show on a government-issued app that they are healthy. The app even tracks movement on public transit, so that they can be contacted later if the virus hits again.

But, on the Japanese island of Hokkaido, a lockdown lasted just a few weeks and lifted when the number of new cases dropped Then, 26 days later, a second wave hit the island and the lockdown was reinstated along with a second declaration for a state of emergency.

Medical experts have warned against easing lockdowns too soon out of fear of a deadlier second wave, as witnessed in other countries that relaxed restrictions.

"Hong Kong, Singapore, Taiwan, they're getting a second wave now, and they're having to re-introduce restrictions,” Dr. Adrian Hyzler of Healix International told 11Alive on April 1.

Hong Kong, Singapore, and Taiwan have since implemented new rules, including the ban of foreigners from entering the cities.

The World Health Organization recommends countries lifting restrictions do so under certain conditions, including having COVID-19 transmission under control, ensuring health systems can detect, test and isolate cases and having communities comply with rules like social distancing.

Dr. Anthony Fauci, the country’s top infectious disease expert, told the Associated Press on April 14 that the U.S. doesn’t yet have the testing needed to reopen the economy fully.

While some restrictions will be lifted in certain parts of the U.S., other countries with high rates of infection and deaths, like Spain and Italy, have been urged to ease lockdowns.

Instead, they’ve said lockdowns will remain in place until May.