Where can you find fireworks in metro Atlanta for the 4th of July this year?

With most communities canceling fireworks, where can you go to watch a big bang this year? 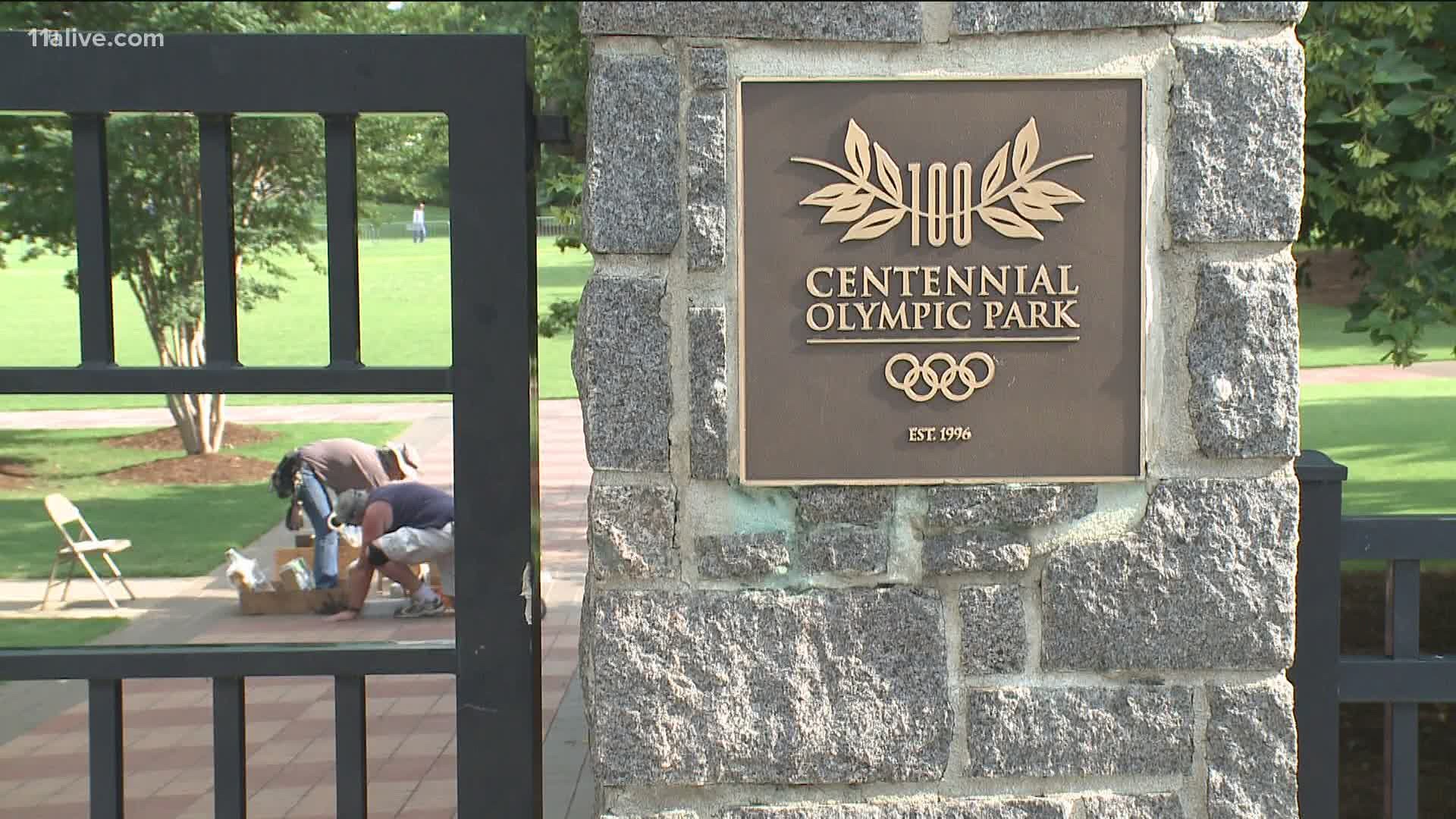 ATLANTA — We've got the picture -- you were looking forward to seeing the fireworks down at Centennial Olympic Park or at Stone Mountain like most years.

On top of that, there won't be fireworks at Six Flags Over Georgia, Lenox Square, Mall of Georgia or Truist Park, either.

Along with those events, most communities have either canceled or postponed their fireworks displays for the 4th of July due to the COVID-19 pandemic.

With many of the usual events not available, where can you go to watch the rocket's red glare during this year's Independence Day weekend?

The East Point Main Street Association's annual Salute to the Red, White and Blue Independence Day Fireworks Celebration has been canceled due to the COVID-19 pandemic.

However, the city has partnered with Holopundits to create a free virtual fireworks celebration with its free Total AR app.

To use it, download the app on your smartphone or tablet, and on July 4 between 9 p.m. and midnight, hold the device at face level while pointing toward the sky to witness a fireworks show using augmented reality.

According to the city, the show will last about 10 to 12 minutes, and users can watch the show as many times as they want during that time frame by reopening the app.

Additional information is available at www.holopundits.com.

The city of Woodstock is one of the few cities in metro Atlanta that is planning to go ahead with its annual 4th of July fireworks celebration events.

The city says they are postponing the Freedom Run until the fall. Additionally, they are canceling their July 4th parade and festival.

“We consulted with elected officials, state officials and staff and determined that there is no good way to stage Woodstock’s annual parade and festival this year with current restrictions in effect.  We are proceeding with the fireworks show as regularly scheduled, given that the layout of the area that is utilized for viewing the show easily allows for social distancing,” said City Manager Jeff Moon. “We strongly encourage those who gather in the area of Woodstock Square for the show to be responsible and follow CDC guidelines.”

The parade will begin at 10 a.m. with the route extended to begin at the Forsyth County Tax Commissioner's Office.

Some vendors may be on-site, depending on availability, but many of the previously planned activities, such as live music, pie- and hot dog-eating and dance contest, will not be held. There will be no parking or admission fees at the Fairgrounds.

If president, Biden would make Americans wear face coverings in public during pandemic