Over the past six weeks, the State of Georgia has decreased the number of red counties from 109 and is holding at 47, the report indicates. 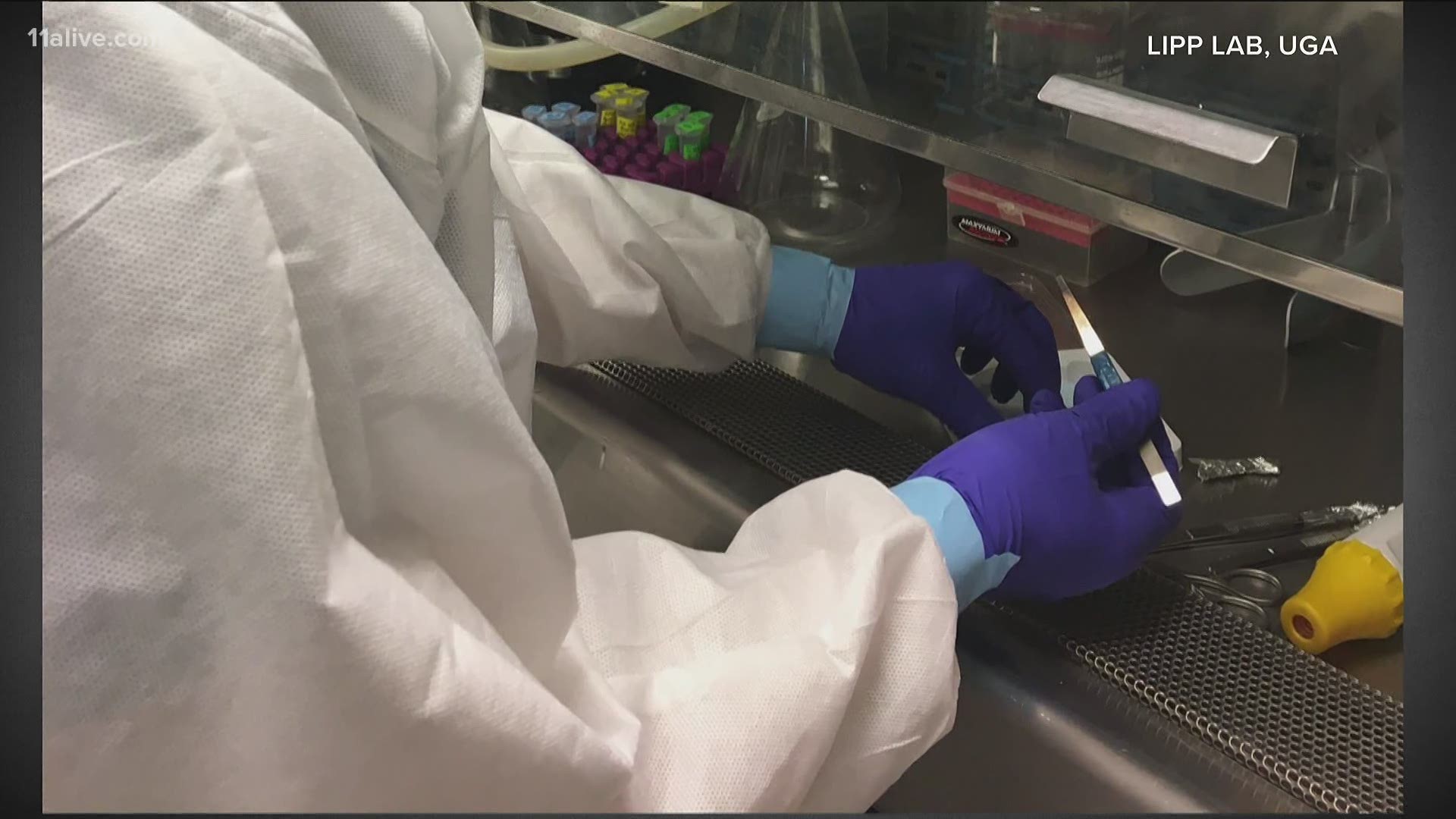 ATLANTA — One of the methods suggested by the White House Coronavirus Task Force to slow the spread of COVID-19 in Georgia is to examine wastewater to detect cases early.

In the report dated Sept. 20, the task force said Georgia remains in the red zone for cases, which indicates there are 101 or more new cases per 100,000 population last week.

Georgia has the 14th highest rate in the country - it's the same place that the report from the previous week ranked the state. Another similarity in the two reports is the recommendation of using wastewater surveillance.

“What we know about the virus so far is that it seems to be shed in feces early on in the infection, so often, when people are asymptomatic,” Dr. Lipp said Tuesday. "We see that the wastewater trends usually pick up the cases about seven days before we see them in the case reports.”

More and more states are testing community wastewater in order to get early warnings about potential COVID surges.

At the University of Arizona, for example, higher COVID levels showed up in a dorm’s wastewater. So, every student in that dorm got tested. Two of the students were positive. The University was able to help those students receive medical attention, and administrators believe that catching those two cases early headed off a campus-wide outbreak.

“So it can give a local health department a heads-up when it looks like there may be a cluster, or an outbreak, that might be coming, it may be a way to direct resources,” Dr. Lipp said. “So it’s a way to get a snapshot of what’s happening in a community.”

Dr. Lipp’s team at UGA is working with local health departments as the research progresses. The goal is to expand wastewater testing to more communities.

College campuses and communities are still a concern for health officials. The White House report indicates that Georgia is making progress, but the state should continue strong mitigation efforts statewide and strengthen mitigation efforts in university towns to decrease the chances of the virus spreading from universities to the local community.

One way of doing that is to decrease the hours and occupancy limits in bars and restaurants in university counties if cases rise, the report suggests.

The task force also said there should be routine testing of students to find people who are asymptomatic; the key is also to have the results come back quickly.

"Abbott BINAX will be arriving at Historically Black Colleges and Universities this week to ensure rapid diagnosis and isolation of both symptomatic and asymptomatic cases," the report says under the list of recommendations.

According to Abbot BINAX's website, they have a fast and reliable rapid test they are producing at a mass scale.

The task force said the state should develop a plan for increased surveillance for silent community spread by using the Abbott BinaxNOW or antigen test.

And although the state remains in the red, there are some notable positive changes mentioned in Georgia's report, including that over the past six weeks, the state has decreased the number of red counties from 109 and is holding at 47.

Georgia has also seen a decrease in test positivity within the last week, which Georgia is in the yellow zone for, indicating a rate between 5 percent and 7.9 percent, with the 17th highest rate in the country.