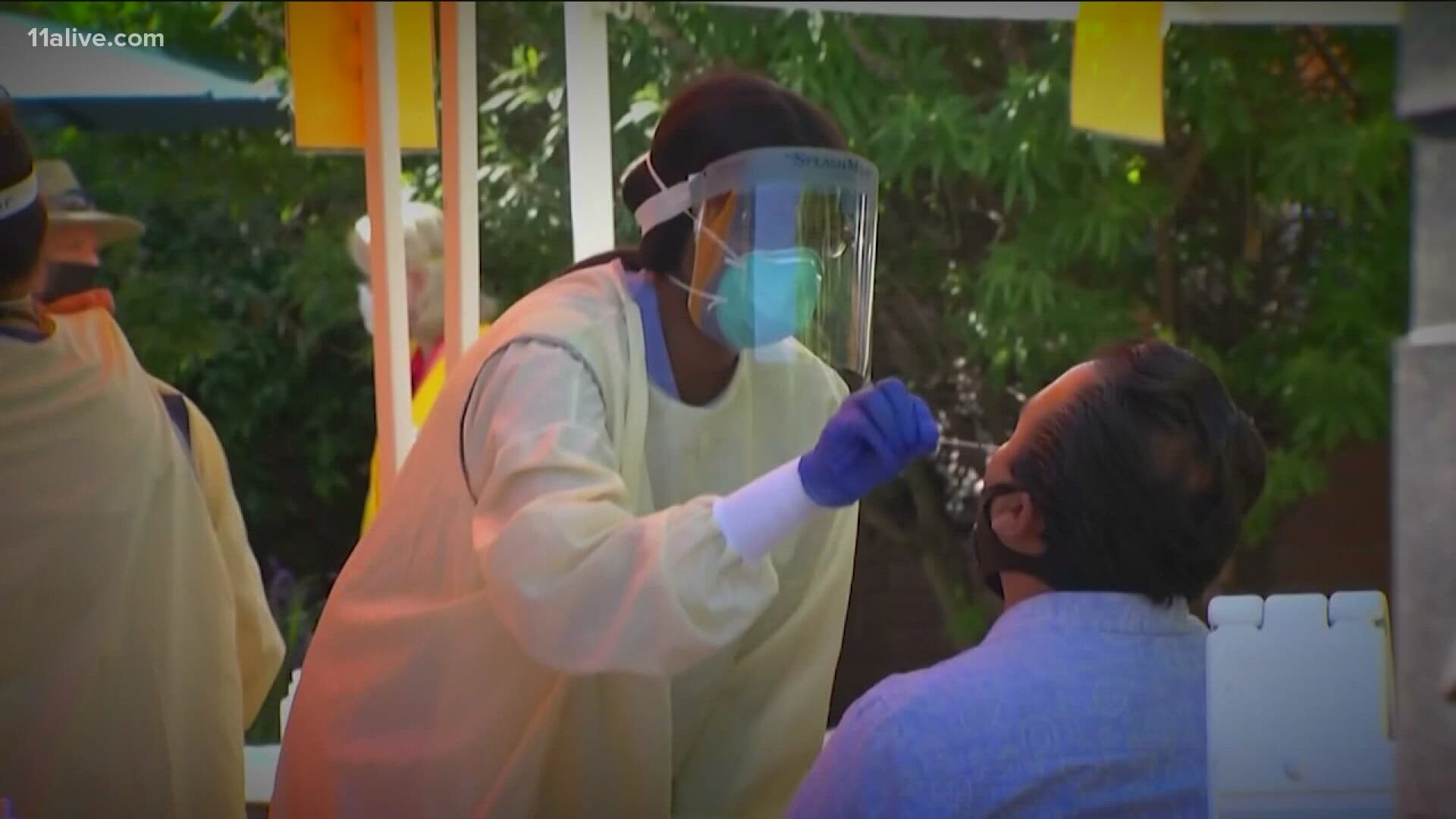 ATLANTA — Georgia is continuing to improve in its fight against COVID-19. Although the state is still in the red zone for cases, Georgia now has the seventh highest rate in the country, according to a recent White House Coronavirus Task Force report.

The new numbers, released in a report dated for August 30, says the state has seen a "decrease in new cases and stability in test positivity over the last week, demonstrating continued week-over week progress."

Although the rate is still high, the progress the state has made in the last two weeks alone is noticeable. The August 16 report listed Georgia as the state with the highest rate. And the following week on August 23, Georgia dropped to the second highest. Now the state stands in 7th place.

The chart below shows new cases per 100,000 during the last week and the weekly percent change.

This week, Georgia remains in the yellow zone for test positivity, which indicates a rate between 5 percent and 10 percent, with the 18th highest rate in the nation, the report says.

"With continued aggressive mitigation and prevention of spread from universities to local communities, progress should continue and mortality should begin to decrease," the report says.

In its list of recommendations, officials suggested testing should be expanded to support HBCUs that may have limited test capacity.

"Require all universities with RNA detection platforms to use this equipment to expand surveillance testing for schools (K-12, community colleges) universities and to support testing in communities surrounding universities," the report suggests.

They also recommend colleges to have quarantine and care sites on campus or nearby and that universities should fully test, isolate and contact trace.

Other recommendations for the state includes testing and social distancing for nursing homes and assisting living facilities.

As for areas where the county is in the red zone, the report says it's recommended to close all establishments where social distancing and mask use cannot occur, such as bars, nightclubs, and entertainment venues.

"Further limit to indoor dining to less than 25% occupancy and expand outdoor dining" and asking everyone to limit social gatherings to 10 or fewer people "and ensure proactive communication about the risks of gatherings over Labor Day."

Below is a chart that shows many of the red and yellow zones in the state. Click here to see the larger image and the full list.