While Georgia's death rate is falling slightly, its relative position to other states is not. 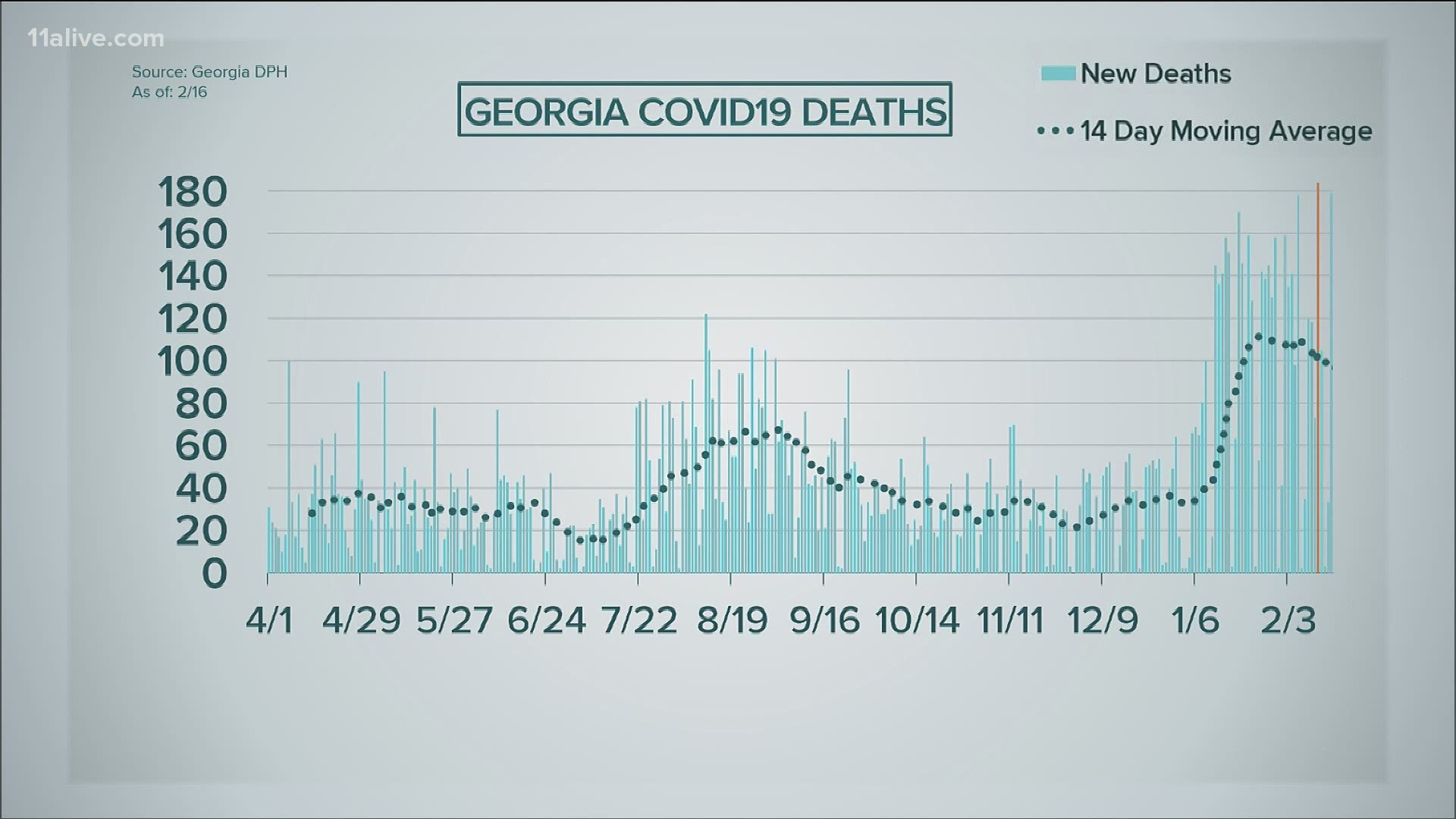 ATLANTA — The latest White House Coronavirus Task Force report paints an increasingly grim picture for Georgia's COVID-19 mortality situation - the state currently has among the worst death rates in the country, and the situation isn't improving much.

A number of indicators have trended positively for Georgia - cases are down drastically, as are hospitalizations and test positivity.

But deaths tend to lag by about a month after case surges, and the continued elevated death totals in the state reflect the peak of the winter surge Georgia saw in the middle of January.

RELATED: White House: Georgia sees slight improvement but still in midst of one of the worst COVID outbreaks in the US

If that holds consistently, the elevated death rate should start to subside in the next couple weeks, but so far the trend has only worsened. According to the White House report, Georgia had the sixth highest number of new deaths per 100,000 residents among all states last week. The week before, Georgia was eighth, and the week before that 11th.

It's unclear how the situation will develop for the state this week, but the early indications are not good: On Tuesday Georgia saw its second-deadliest day of the pandemic so far, with 179 new deaths reported. That followed a record day last Friday of 184 deaths reported.

Many of Georgia's rankings relative to other states have slightly improved or are unchanged. The state is 12th-highest in new cases per 100,000 residents, down from 10th a week ago and sixth the week before.

Georgia is also fifth for new hospitalizations per 100,000 residents, down from fourth two weeks ago but up from sixth a week ago. And the state is eighth for highest test positivity, up from ninth last week and down from seventh two weeks ago.

In a vacuum, there are optimistic data points in line with what much of the rest of the country is seeing as the worst of the post-holiday surge from January recedes. Georgia's new cases are down 22% from a week ago - though total tests were also down 36% - test positivity has gone down 1.5% and confirmed/suspected hospital admissions are down 12%.

The rate of deaths per 100,000 residents also trended down slightly, 3%. In the previous report, however, deaths had fallen 6%, suggesting a sustained fall in the death rate is still somewhat elusive.