The report said the state has seen stability in new cases and test positivity over the last week. 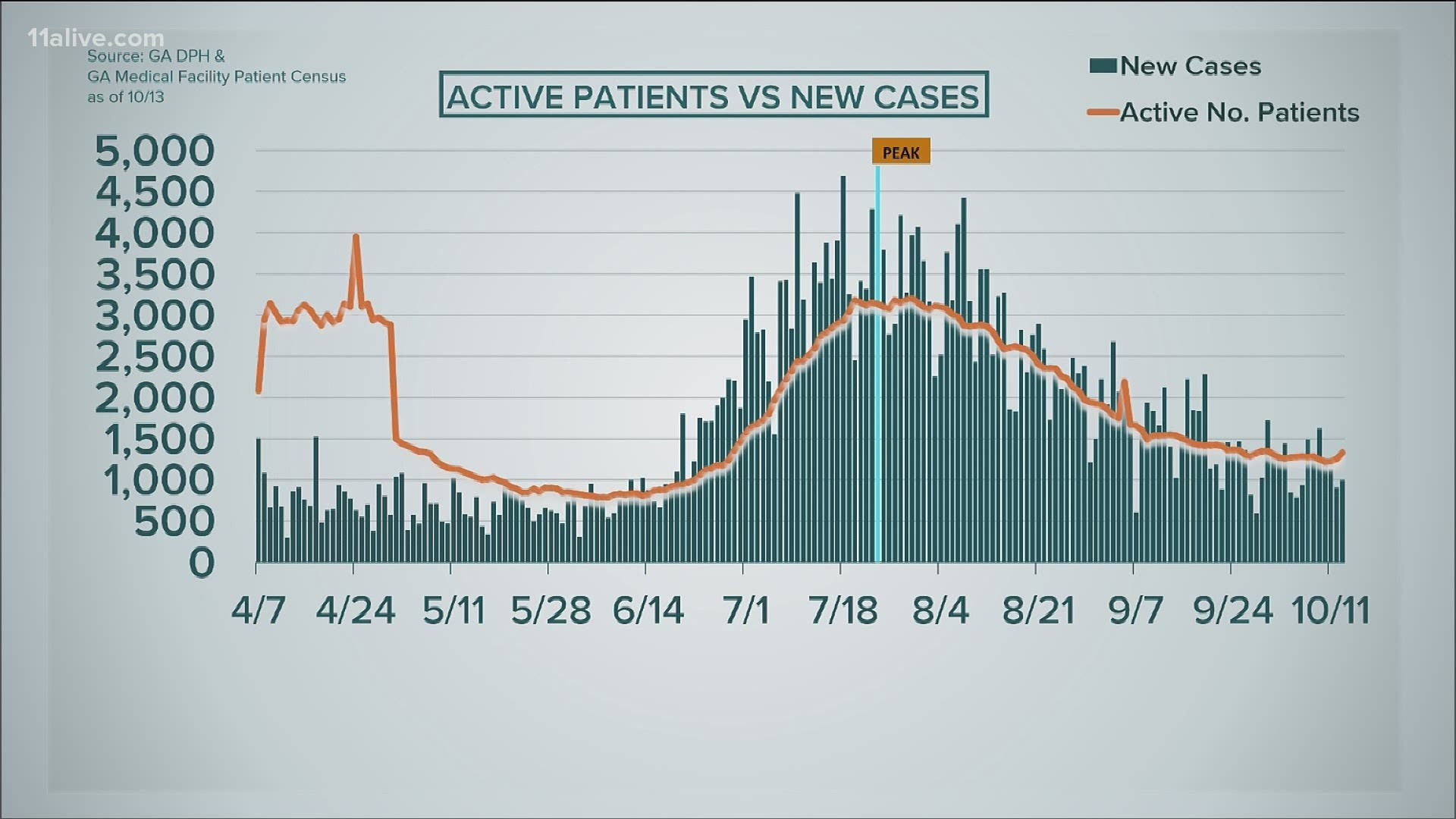 ATLANTA — Georgia is still showing progress in its fight against the pandemic. A new White House Coronavirus Task Force report shows that Georgia has the 33rd highest rate in the country for COVID-19 cases.

The state has seen stability in new cases and test positivity over the last week. Georgia had 79 new cases per 100,000 population in the last week, compared to a national average of 100 per 100,000, the report indicates.

However, there is still a close watch on cases at long-term care facilities and in college towns.

To help mitigate the spread at nursing homes, officials recommended the state ensure that the facilities have full testing capacity and are reporting. They also suggested tracking positive staff members back to communities and surge testing to communities with evidence of asymptomatic spread.

As it relates to college towns, the report said Georgia should continue the "strong mitigation efforts" to decrease spread from universities to the local community.

"Use focused wastewater surveillance to detect cases early and direct diagnostic testing and public health interventions to those dorms or student areas," the report reads.

The report also mentioned that Abbott BinaxNOW has arrived at Historically Black Colleges and Universities, which the report said will help with rapid diagnoses.

When looking at the state as a whole, Georgia is in the orange zone for cases, according to the report, which indicates there were between 51 and 100 new cases per 100,000 population last week.

And Georgia is in the yellow zone for test positivity, indicating a rate between 5 and 7.9 % - that's the 26th highest rate in the country.

"Georgia has made progress and needs to ensure the gains are sustained. Mitigation efforts should continue to include mask wearing, physical distancing, hand hygiene, avoiding crowds in public and social gatherings in private, and ensuring flu immunizations," officials recommended in the report.

"Track test positivity, cases, and new daily hospitalizations in all counties and react to any week over week increases with increased mitigation in those counties and surged community level testing," the report added.

The report recommended that the state make hospitals aware that COVID-19 antivirals and antibodies work best when used early in the course of infection.

One of the best ways to beat the virus is to continue to follow guidelines put in place by health officials, the report said.

It also encouraged people to wear masks at small gatherings and hold them outside if possible - no matter if they are in public or in private spaces.

"We continue to see community spread initiated by social friends-and-family gatherings," the report said. "People must remember that seemingly uninfected family members and friends may be infected but asymptomatic."

Within the last week three weeks, the report reveals that Gwinnett, Fulton, and DeKalb counties had the highest new cases, representing  22.4 percent of new cases in Georgia.

Specific guidance on community mitigation measures can be found on the Centers for Disease Control and Prevention's website.