Who are our workers on the front lines?

An analysis from the Associate Press found fronline workers are mostly made of up women, people of color, immigrants, and those in lower socioeconomic classes. 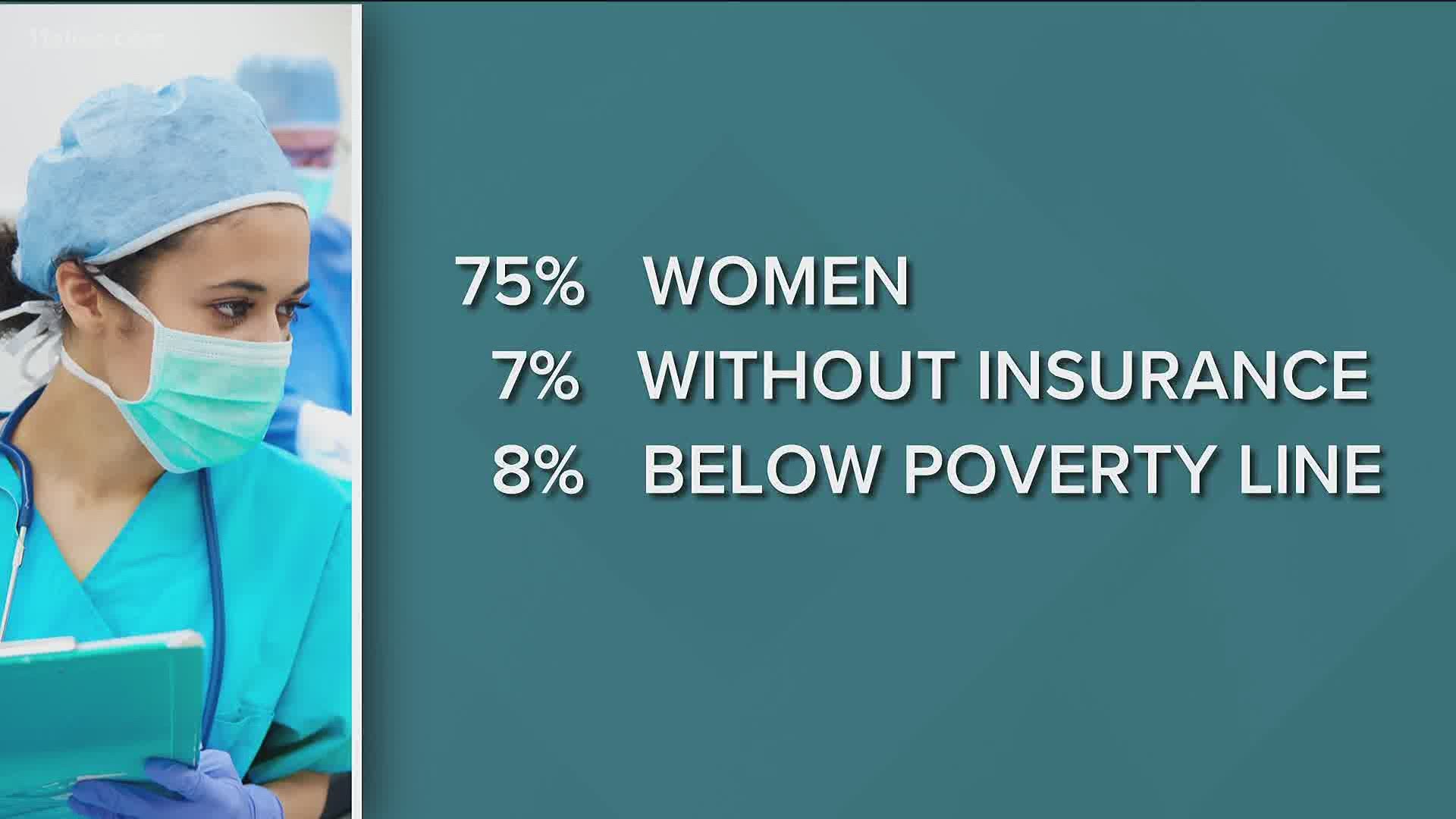 ATLANTA — As they clean, deliver, sell and care, America's front line workers have become some of those most at risk.

They're not able to shelter-at-home like so many of us, and it's being felt across their industries as some get sick and others die.

According to an Associated Press analysis of Census data of the United States' top 100 largest cities, it's a reality that falls unequally across demographics. It's mostly women, people of color, immigrants, and those in lower socioeconomic classes serving on the front lines of this pandemic.

Of our healthcare workers, 75 percent in most cities are women. Among front line workers, they're the most likely to have health insurance, but 7 percent still don't have it, and more than 8 percent live below the federal poverty line. Those number closely mirror those of Atlanta.

According to the Centers for Disease Control and Prevention, as of early April, more than 9,200 health care workers have gotten sick from the virus.

Over the past few weeks, many across the country have staged protests over conditions and compensation.

We find the most diversity among grocery workers; they're split evenly between men and women, and in most cities are more than 40 percent white, 15 percent black, and 14 percent Hispanic. But, at least 16 percent of grocery workers live below the federal poverty line, and 15 percent do not have health insurance.

RELATED: 'We hurt, too' | Mental health will be next battle for COVID-19 front line workers

The United Food and Commercial Workers International Union says of their members, 72 workers have died, and more than 5,300 hundred have shown symptoms for COVID-19, tested positive, been hospitalized, or had to quarantine.

The analysis found janitors are the most vulnerable financially of front line workers. In Atlanta, more than 90 percent are people of color, more than 50 percent are women, 35 percent live below the poverty line, and 44 percent are without healthcare.

The AP analysis also found these essential employees are more likely to have children at home, and many live with others who are also workers on the front lines.

Scientist claims he was fired after raising concerns over malaria drug

Airbnb: Don't throw parties at houses during COVID-19 pandemic or we'll ban you and get the police involved