Not if you're already in the United States 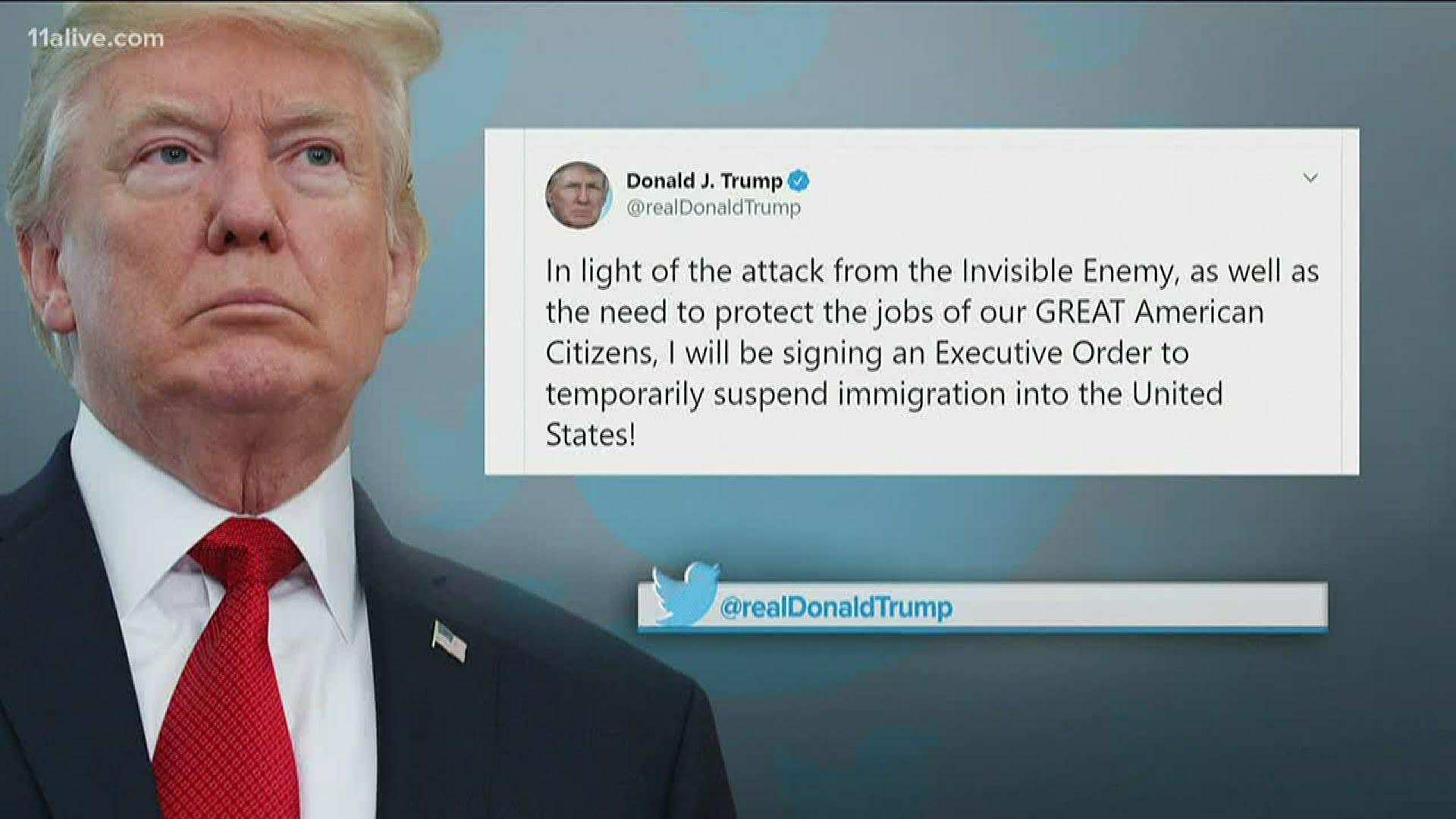 ATLANTA — President Trump signed an executive order barring certain immigrants from entering the United States for 60 days. Yet, the first announcement came through the president's twitter account, saying the move was to protect the jobs of U.S. citizens due to the pandemic.

“It made it sound like all of immigration was going to stop and lots of people went crazy when they heard that. Finally when the executive order came out last night it became quite clear that it was a completely different story," Charles Kuck, an immigration lawyer in Atlanta, explains.

Kuck says that the order will impact some outside of the United States.

Also exempt are U.S. citizen’s spouses and children under 21, as well as healthcare professionals, members of the U.S. armed forces and their children and spouses, some special immigrant visa holders, investor visa holders and immigrants in the broad "national interest" category.

"It comes with so many exemptions that the numbers actually affected during this 60 day period will be pretty minimal," Kuck added. "The other thing people don’t realize is that the consulates have been closed for the last 45 days, so nobody has immigrated anyway.”

Adding that those most impacted by the order "will be the parents of United States citizens that are immigrating to the United States. It was also impact the adult - over 21 year old - children of U.S. citizens, as well as the spouses and minor children of permanent residents," Kuck said.

The move comes after the Trump administration had already made changes related to immigration over the past month, citing the pandemic. That includes travel restrictions with both Canada and Mexico.

Coronavirus pushes US unemployment toward highest since Depression; Trump to sign $500B aid bill