The YMCA says that it "follows strict COVID-19 safety protocols established by the Centers for Disease Control and Georgia Department of Public Health." 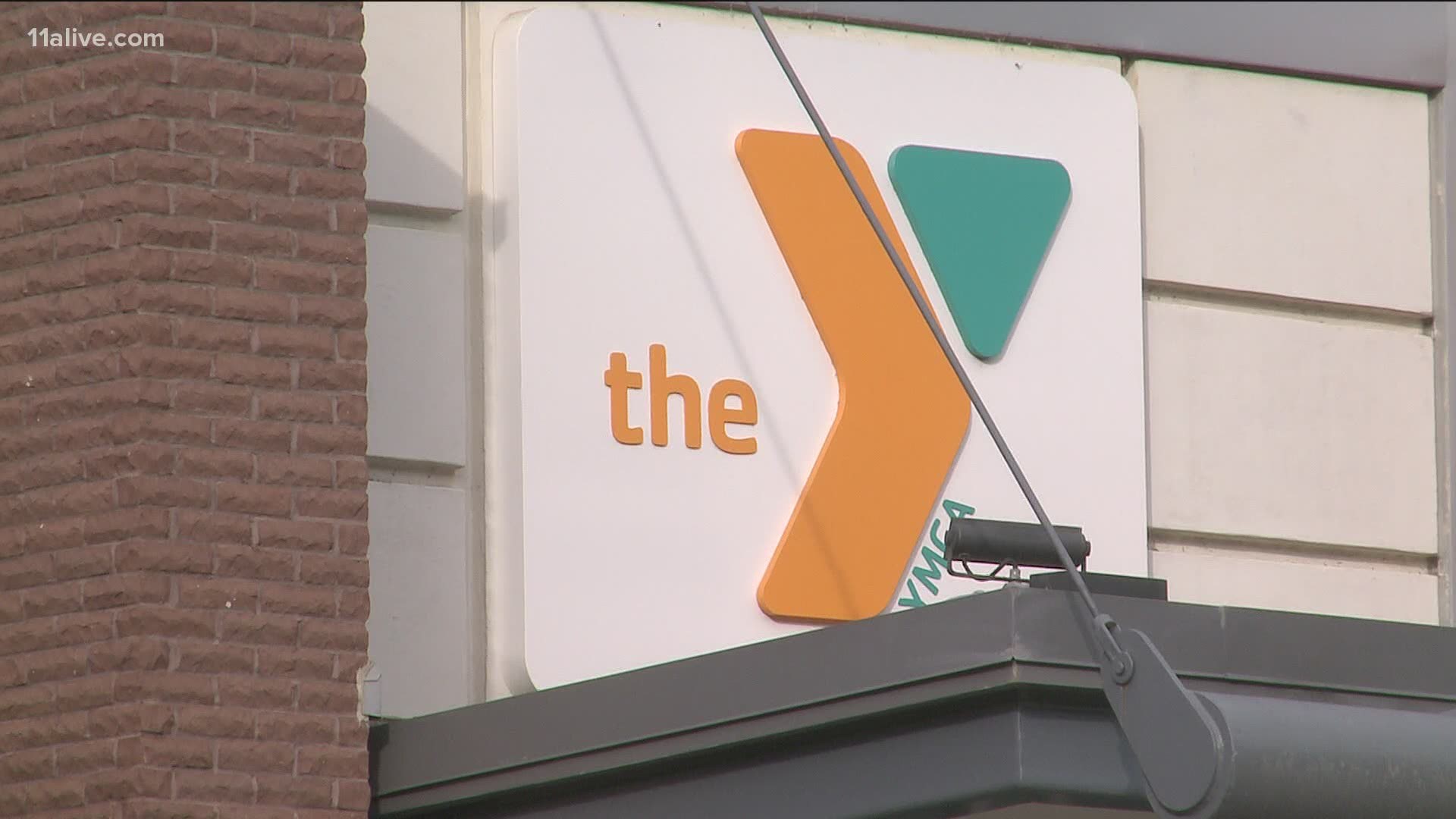 ATLANTA — Positive COVID-19 cases have forced the closure of one metro Atlanta YMCA and two summer camp sites in recent weeks, the organization has confirmed.

The YMCA told 11Alive on Thursday that the location at 2751 Peyton Rd. in northwest Atlanta had been shut back on June 25.

Around that same time, the organization canceled its Camp High Harbour summer camp at Lake Burton and Lake Allatoona.

At the Peyton Road location, the YMCA said an "individual who had previously been at this location tested positive for COVID-19."

"It’s important to note this individual did not exhibit any symptoms and passed the daily mandated safety protocols and screening while on site in the days prior to testing positive," a statement said.

In late June, YMCA leaders also decided to cancel camp at Camp High Harbour for the rest of the summer after a counselor tested positive for COVID-19.

Lauren Koontz, President and CEO of the YMCA of Metro Atlanta said in a statement at that time that the counselor was immediately sent home when officials learned of symptoms.

The counselor had "passed the mandated safety protocols and screening, inclusive of providing a negative COVID-19 test, before arriving at camp and did not exhibit any symptoms upon arrival," Koontz said.

She added that all counselors and campers attending passed all mandatory screenings. Participant fees will be refunded or applied as credit for next summer.

"A great deal of thought and planning went into the decision to hold Camp High Harbour," she said. " In preparing for camp, we collaborated with the Centers for Disease Control and the American Camp Association and followed the safety guidelines and protocols of the Executive Order from the State of Georgia."

The YMCA added that it "follows strict COVID-19 safety protocols established by the Centers for Disease Control and Georgia Department of Public Health. Additionally, the Y is guided by the Executive Order of the State of Georgia which directs how to comply with safety measures to prevent the spread of COVID-19. These additional measures include, in part, limiting group sizes, proper social distancing, frequent hand washing, and daily temperature checks along with other efforts."

Mourning America: New website for those who have lost loved ones to COVID-19