They demanded answers from the city’s mayor and an official from the plant that's blamed for releasing the chemical into the air, BD Bard. 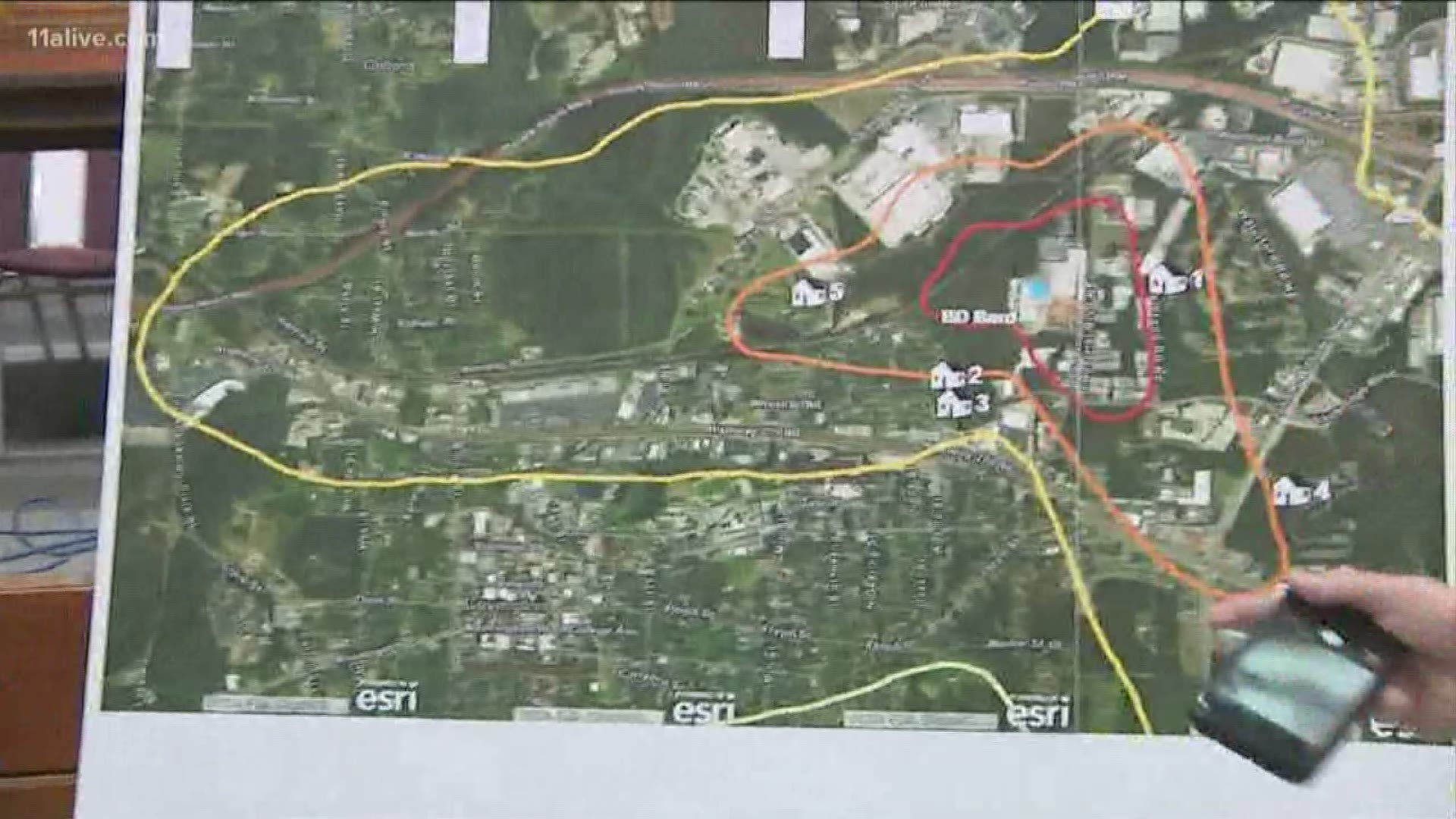 COVINGTON, Ga. — Concerned Covington residents packed another meeting – this time held by the city council – as they discussed cancer-causing toxins being released by a medical supply sterilization company operating in their backyards.

They demanded answers from the city’s mayor and an official from the plant that's blamed for releasing the chemical into the air, BD.

According to an article published last month by Georgia Health News and Web MD, the BD plant has been legally releasing a gas called ethylene oxide into the air for decades. The Environmental Protection Agency said the chemical compound is a byproduct released in the sterilization process of medical supplies and is a known carcinogen. The federal agency says the cancer-causing chemical does not exceed the maximum lifetime risk amounts.

But residents in both Covington, and Smyrna in Cobb County – also affected by a similar plant operating in the community – reportedly had no idea they were being exposed to the toxic gas.

Both towns have hosted meetings to discuss what steps can be taken to reduce the levels and exposure to ethylene oxide. The City of Covington did so again, Monday night, as a representative from the company tried to calm the fears.

"I have every confidence in all of the systems in place – those to protect our workers, those that insure the emissions systems are working the way they should," the representative said.

But residents pushed back.

"I can't understand how your perfect system is brought this meeting to where it's at, because if it was so perfect we wouldn't be here tonight," said one resident, who's lived in the area for 20 years, to applause.

Another resident who grew up in the area all her life recounted tearfully of how her grandfather passed away from colon cancer 25 years ago.

"I am scared to death," she said. "I'm just wondering now if I need to pack up and move elsewhere."

Covington's mayor has promised the city will work through the process with all citizens, but it's a process that will take several months.

Meanwhile state officials have opened an investigation into the ethylene oxide coming from the two plants and approved a plan to reduce the emissions.