RSV normally circulates in the winter months, but doctors at Children's Healthcare of Atlanta are now seeing an uptick in cases. 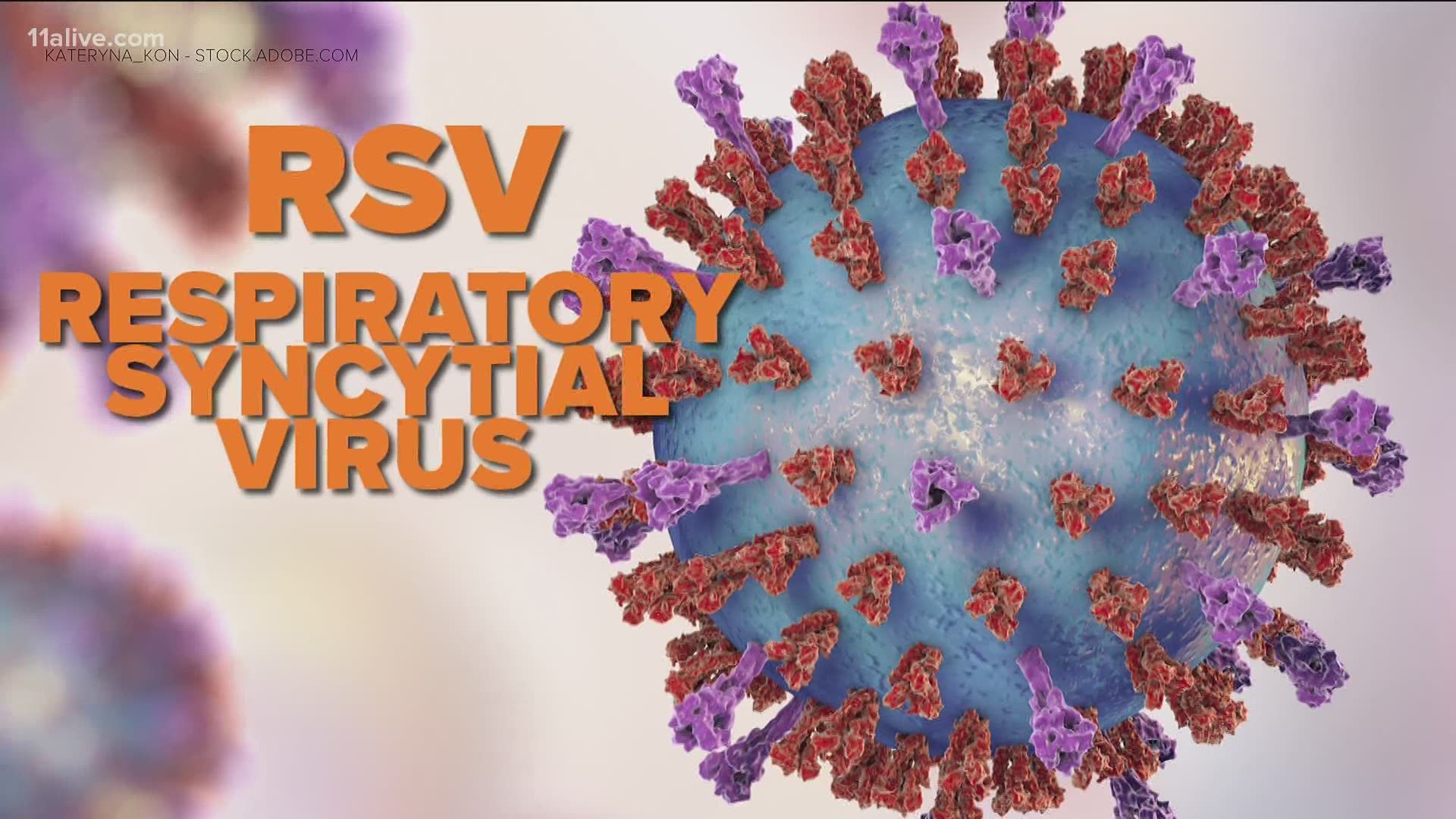 ATLANTA — Doctors at Children's Healthcare of Atlanta are spreading the word: RSV is circulating in Atlanta.

Respiratory syncytial virus typically affects babies and toddlers in their first one to two years of life, and while cases typically pop up over the winter months, experts are seeing a different trend this year.

RELATED: VERIFY: Is there a vaccine for RSV?

Dr. Linam has been tracking data from Australia, which also saw a delayed spike in RSV cases during that country's summer months as COVID restrictions lifted.

"In their spring as COVID-19 was sort of much more under control there, and they were starting to lift restrictions, people getting back to school, starting to reduce some of the closures and restrictions and people are not wearing masks as much, they started to see an uptick of RSV," Dr. Linam said. "[Australia] actually ended up with a spike of RSV infections that was a lot higher than their sort of typical seasonal average and also tended to seem to be infecting a slightly older age group compared to what they typically see."

He was hoping the U.S. would avoid the same scenario but now is seeing a similar situation play out in metro Atlanta, where he said cases have really jumped up in the last couple of weeks.

"We're seeing almost the exact same thing here," Dr. Linam said, "as we've moved into spring, sort of past when we usually think about flu and RSV."

While considered to be a fairly common respiratory virus, RSV is highly contagious and can be life threatening for little lungs. The virus can lead to viral pneumonia in young children and infants, at times requiring hospitalization.

Prior to the uptick, Dr. Linam said the RSV season previously had been "eerily quiet," which he attributes to extra preventative measures taken during the pandemic, such as social distancing, mask wearing and people staying home when sick.

"Not only did we sort of get the pandemic under control until we had a vaccine available," Dr. Linam said of such measures, "But we basically, just about shut down the spread of most of these other respiratory viruses, too."

Dr. Linam said there's an opportunity to learn from the pandemic and how continued observance of some measures could help keep those most vulnerable safe and healthy.

"Wearing a mask, watching your distance, washing your hands, more staying home when you're sick. They work," Dr. Linam said. "There likely is some role for some of these things that we've been doing for the last few months to apply them for the years to come."

Symptoms of RSV in otherwise healthy children may resemble a cold and include:

RSV is circulating in Atlanta. While we usually see RSV infections in the winter, other countries have seen increased RSV cases during the early summer. As #RSV is spread by contact, this is an important reminder to practice hand hygiene. Learn more at https://t.co/LOPJ93Rs9M. pic.twitter.com/BhEXVVgzXC