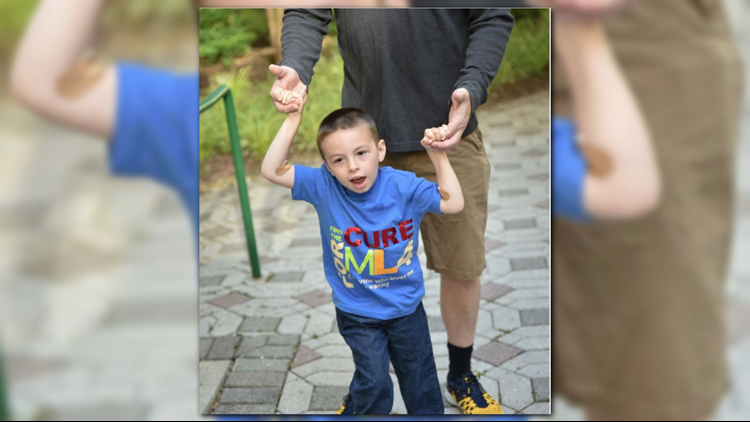 Families affected by rare disease rally in Atlanta for hope

ATLANTA — Mucolipidosis IV may be rare, but researchers call its effects cruel.

Children with the genetic disorder, known as ML4, deal with debilitating delays in motor and mental skills, which typically develop before the child’s first birthday. Their ability to see worsens over time with blindness sometimes occurring by teenage years.

“Around the age of 9 months, you see cognitive deficits,” said Levi Wood, an assistant professor in Georgia Tech’s School of Mechanical Engineering who is co-leading a study on future treatment. “The children never learn to speak, and hardly at all to walk.”

Right now, there is no treatment and no cure.

Yet, families and researchers are working together, gathering in Atlanta this week for a conference dedicated to collaboration and future treatment of ML4.

“Everyone who attends is inspired by meeting the families, and the deep learning and collaboration that comes from scientists working for several days together in person truly brings forth new ideas, new collaborations, and new vigor,” Rebecca Oberman, Exec. Dir of the ML4 Foundation, told 11Alive.

The National Institute of Health estimates ML4 occurs in 1 in 40,000 people, with around two thirds of those affected having Ashkenazi Jewish ancestry. While the rarity of the disease may imply a difficulty in rallying support for research, Oberman said such rarity can often be intriguing for researchers given ML4 is caused by a single gene abnormality.

“While ML4 is difficult and devastating disease, it is often appealing for researchers, because the source of the problem is absolutely clear. If they can correct this single gene (perhaps through gene therapy) or the function of this gene (through small molecule drugs) they know they can improve the lives of the children,” Oberman said.

The future for families looking a little brighter thanks to scientific research, including recent lab testing conducted by researchers at the Georgia Institute of Technology and the Massachusetts General Hospital Research Institute.

The researchers were able to determine ML4 affects certain cellular activity in the brain, some of the irregular activity similar to a type of multiple sclerosis. As a result, the team began testing the use of an existing prescription drug fingolimod, which is already used to treat MS as well as FDA-approved.

“We thought fingolimod would have a good chance because it works on astrocytes in MS,” Wood, who specializes in neurological diseases and co-led the study, said.

Researchers confirmed the drug successfully stopped the cells’ irregular activity on mice lab cultures. While clinical trials still need to be conducted, the news is encouraging, according to Oberman.

“We are very excited about the possibilities for Fingolimod. This was much discussed at the conference and we are moving forward to complete additional confirmatory testings of this compound and also to develop studies of the children with ML4 at all ages of the disease,” Oberman said.

Oberman said the foundation is also focusing efforts on gene therapy, given ML4 is caused by a single mutation. Yet, preparations are also underway should the FDA approve a clinical trial of fingolimod. That means collecting data on affected kids, including MRI images and neurological examinations

“We are working to make sure that we are ready for that opportunity,” Oberman said.