Georgia one of 20 'fattest' states in America, according to review

Survey compiled obesity rates, health effects and other factors in ranking the states. 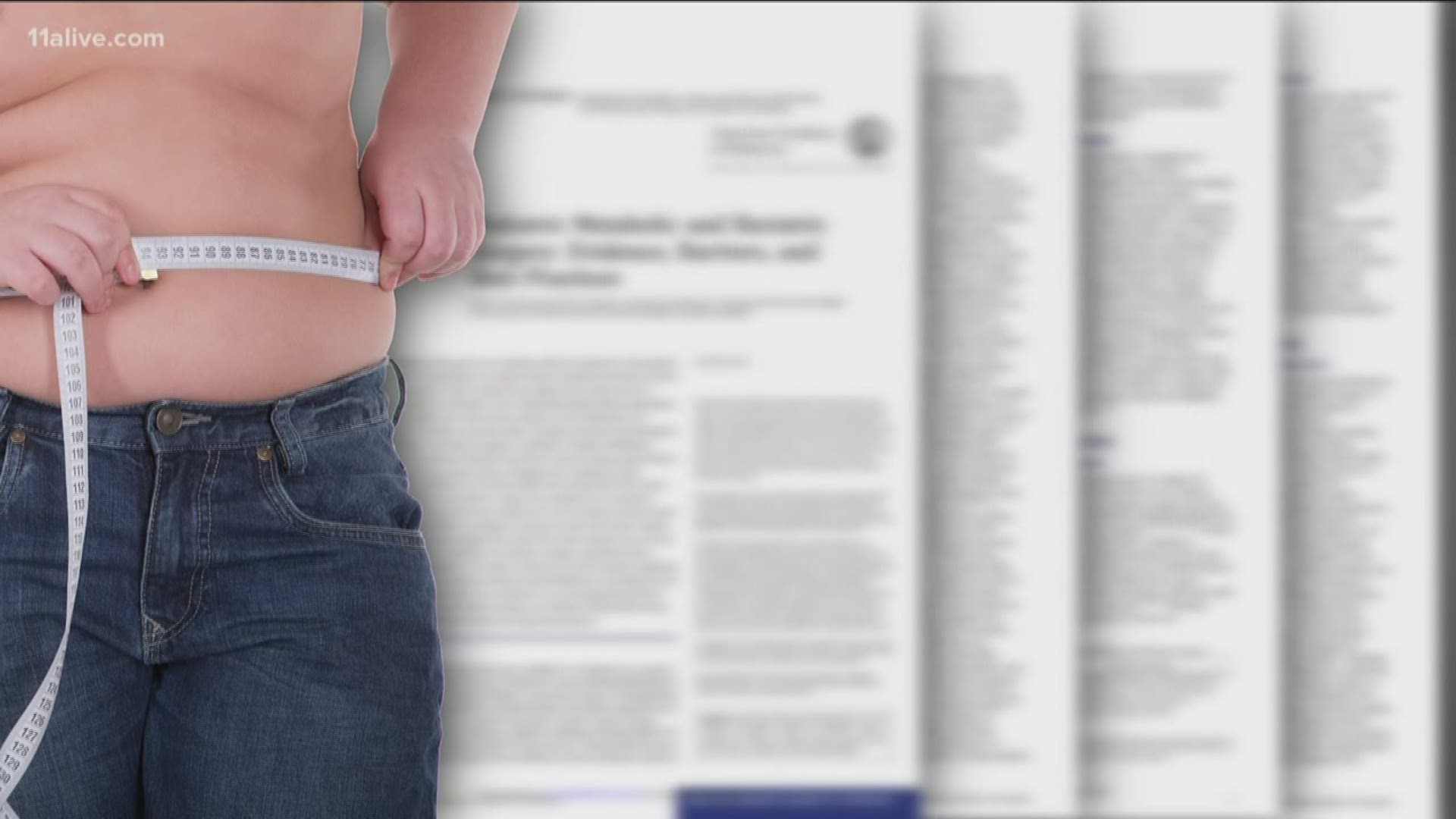 ATLANTA — Based on a range of factors including childhood, teenage and adult obesity rates and health effects associated with being overweight, Georgia ranks as one of the 20 "fattest" states in America, according to a review by the consumer research website WalletHub.

The good news for Georgia public health officials is that the state only just cracked the top-20, slotting in at No. 19. And breaking down the factors used to compile the rankings, the state was much closer to the bottom (36th) in terms of negative health outcomes such as high cholesterol, type 2 diabetes, and heart disease.

RELATED: This Georgia city among top 10 fattest cities in America, according to new report

The rankings also weighted a state's share of obese and overweight adults, teenagers and children, in which Georgia was 15th, and a "food and fitness" category that examined factors such as healthy food availability and share of physically inactive adults. In that, Georgia saw its worst ranking, seventh (in these rankings, the lower the better).

Georgia did fare well compared to most other states in the Southeast - Mississippi, Alabama and Tennessee were all in the top-5.

Experts stressed that "fatness" shouldn't be seen as a product of body weight in a vacuum, but rather lifestyle factors.

"We can't do anything about body weight, but we can do something about our food intake and inactivity," said Stephanie Turkel, an instructor at the University of North Texas' College of Merchandising, Hospitality and Tourism. "Eating healthier and moving more are things we can do – we cannot magically lose weight (however, it can be a nice side-effect of healthier practices). When people move more and eat better – more veggies and whole grains, less added fats, salt, sugar, we will be more productive."

And Hunter Waldman, an assistant professor of exercise science and kinesiology at the University of North Alabama, said that for the human body, "there is a point where the system which regulates metabolism and hunger becomes dysregulated."

"At this point, it’s no longer an argument about the individual lacking discipline to eat better or them being lazy as some might argue, but rather their internal metabolic system is now out of sync," he said.

In its report, WalletHub highlighted the need to promote more active lifestyles: It cited a report by the Physical Activity Council that said 82.1 million Americans age 6 and up were completely inactive last year.