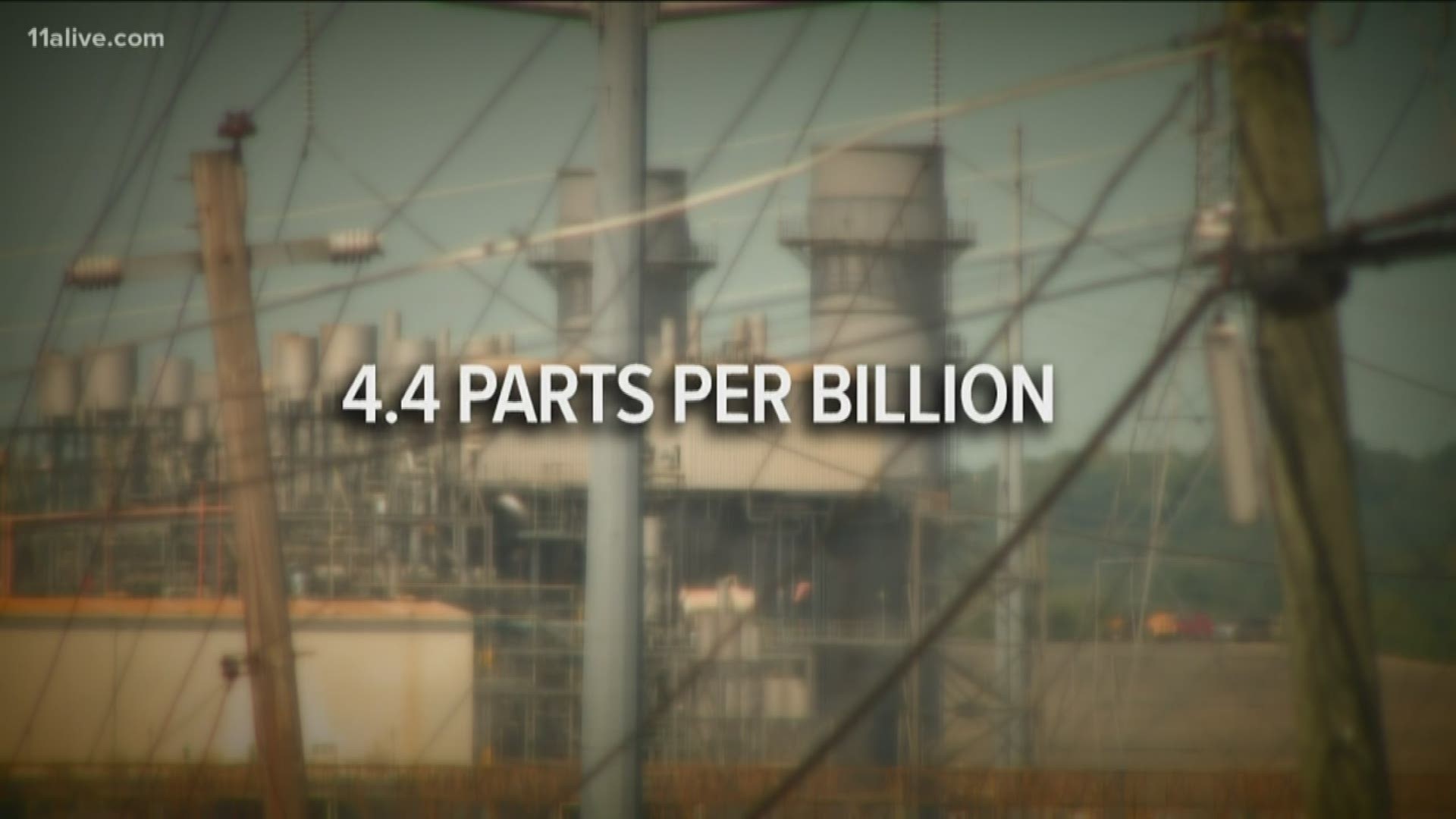 SMYRNA, Ga. — The first air testing results from sites near Cobb County’s Sterigenics plant were released Monday. They mostly showed normal or indetectable amounts of ethylene oxide near the plant.

Residents and officials noted that the measurements were of limited value because the Sterigenics plant voluntarily shut down a few days before Labor Day.  The testing started afterward.

The vast majority of air samples measured at 25 testing stations showed that ethylene oxide levels were too low to be measured – below the .004 parts per billion threshold of detectability.

A few testing stations had higher levels.  An air station near the Argos Plant in Atlanta showed ethylene oxide at as high as 4.4 parts per billion during a one-day period – but experts said even that was well within safe levels.

The testing took place from September 4 to September 7.

"It’s really kind of a snapshot, but I think it kind of shows the background levels are not alarming," said Cobb Co. commissioner Bob Ott, who represents the area.  "So from the public’s perspective, there’s not this huge amount of gas lingering out there in the air."

In some nearby neighborhoods, residents have asked if their cancer diagnoses are a direct result, though there's only circumstantial evidence to support their theory.

They also say the results announced Monday at a meeting in Smyrna say little about the potential danger from the gas used at Sterigenics.

"Now we know what our numbers are when Sterigenics is not operating. And it’s OK," said Janet Rau, a resident and activist with a group called Stop Sterigenics. "So maybe we should just keep them shut down."

Residents say the real measure of the plant’s air quality issue will take place after it reopens, likely sometime in October.  That’s when air quality testing is expected to resume.

RELATED: Sterigenics shuts down sterilization operations during construction amid pressure from state