Governor Kemp said the bill strikes a balance between allowing families access to important medication without opening the door to recreational drug use. 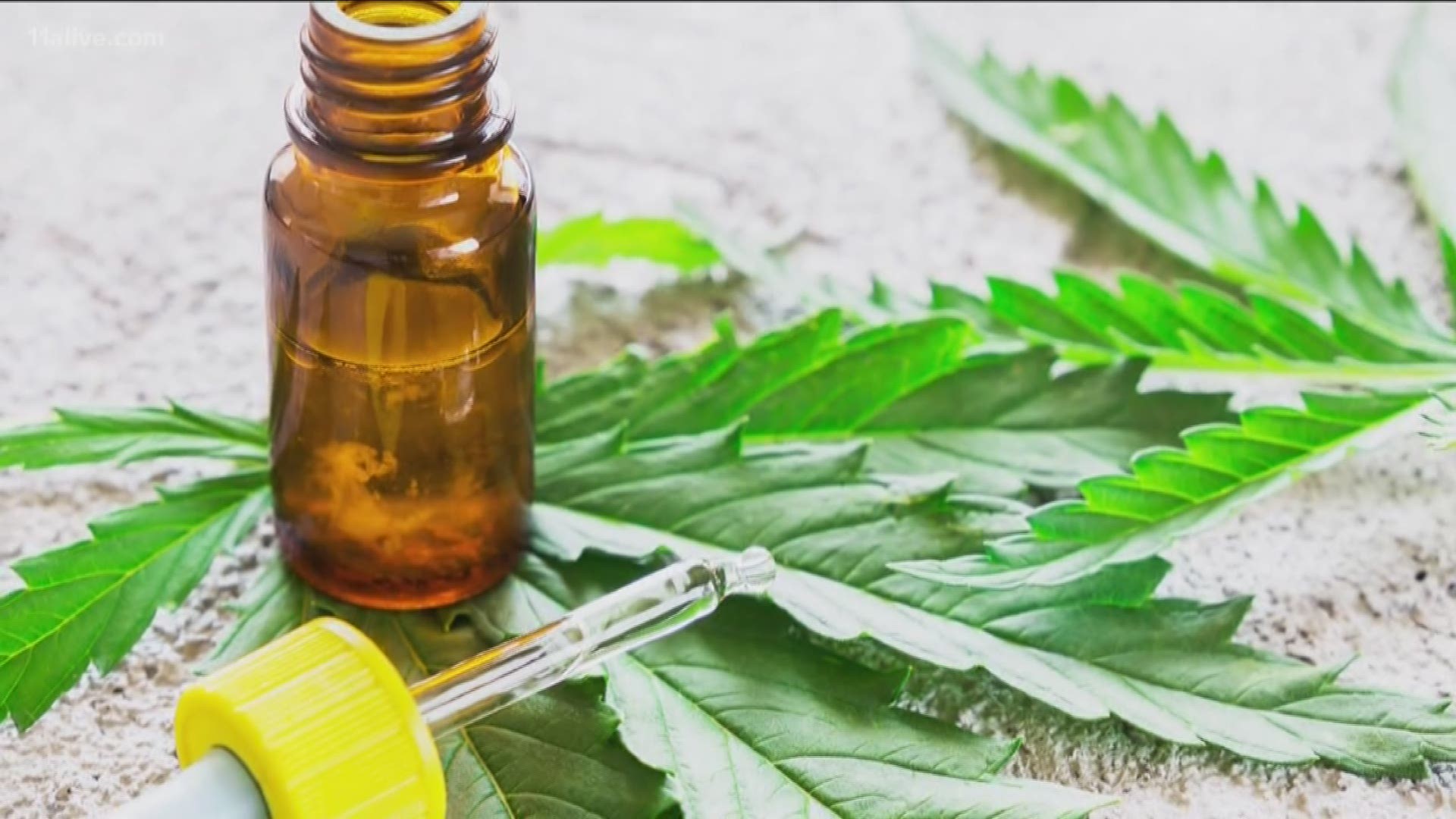 ATLANTA — Governor Brian Kemp signed a bill on Wednesday that would legalize the production and distribution of medicine derived from cannabis.

House Bill 324, known as Georgia's Hope Act, closes a devastating loophole for families who could legally possess medical cannabis for various forms of treatment but had no legal way to obtain it, since it's illegal to buy or grow marijuana in Georgia.

"I want to thank Governor Deal for his leadership - wise leadership - on this issue," Kemp said. "The possession of life-saving low-THC oil was legalized, as was mentioned earlier, in 2015. Today, we finish what he started."

The law now allows heavily-regulated grow-houses and medical cannabis production in the state.

"Georgia's Hope Act, expands the access for those in need without opening the door to recreational drug use," Kemp said. "We are ensuring that these families can purchase what works for their loved ones without creating a slippery slope that undermines our values."

The bill passed the Senate and House just moments before House Speaker David Ralston banged his gavel to adjourn on Sine Die.

It's been a long journey of shifting opinion in the state - even in Ralston's own family - in recent years.

"Early in the 2014 session, my mother called me and said, 'Y'all are not going to pass that medical marijuana bill are you? The ladies at church and me are very concerned'," Ralston said.

"Toward the end of the session she calls and says, 'Are y'all not going to pass that medical marijuana bill?'," he said, adding that after researching it, she had changed her mind.

That change in opinion isn't isolated either. An exclusive 11Alive poll showed growing acceptance of marijuana - even for recreational use - for adults, with 55 percent supporting legalization. That is up from 48 percent just two years earlier.

POLL: Growing medical marijuana should be legal in Ga.

But for families of those impacted by the latest law, it's more than a pastime - they believe the new law will change their lives.

Rep. Micah Gravley said it was when he learned of a family planning to split up just so a child could receive a special treatment in Colorado that he realized how big of an issue this had become. He said another family showed him how an oil they had illegally obtained was helping their daughter.

"Families across this state, through their courage and personal stories and sacrifices, have changed the lives of legislators in both chambers of the general assembly," Gravley said.

And former State Rep. Allen Peake would become the driving force behind the move to bring medical cannabis to the state.

"In 2014, one of those personal stories spoke courage to the man from Macon, Representative Allen Peake," Gravley said. "Little Hailey Cox had changed his life, and soon after, he would become the voice for hundreds of families and Georgians in the fight for this life-changing oil."

Peake shared his gratitude to Kemp for signing the bill just days earlier on Twitter.

"Grateful to @GovKemp @BrianKempGA for his open heart & mind on the #MedicalCannabis issue, he listened to families, heard their plea & provided leadership to get the bill done; signing the Georgia’s Hope Act @SafeAccessGA will be culmination of 5 year journey for families," he wrote.

MEDICINAL MARIJUANA: THE STORY BEHIND THE HEADLINES