This illumination of more than 1,800 LED lights is the first of its kind since the canopy's installation. 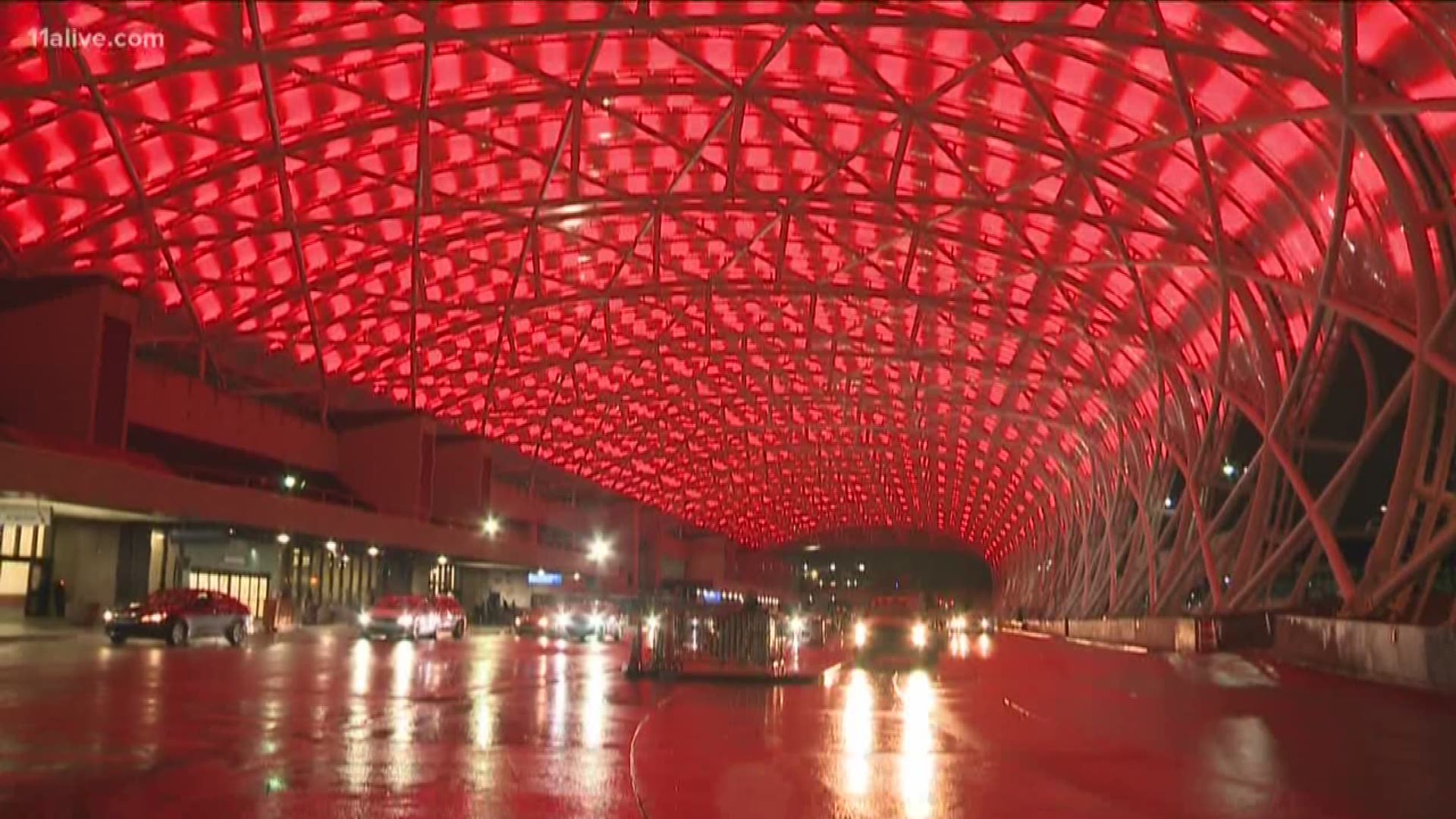 Hartsfield-Jackson International Airport turned its canopy lights red to stand in solidarity with efforts to combat HIV and AIDS.

This illumination of more than 1,800 LED lights is the first of its kind since the canopy's installation.

It's all part of a day meant to bring attention to one of the world's most aggressive viruses. According to a special report by USA TODAY, HIV attacks the immune system by reducing CD4 cells, or T cells, making it harder to fight other infections.

It becomes AIDS when T cell counts drop below 200 cells per cubic millimeter of blood.

The United Nations reports that 36.9 million people were living with HIV in 2017 with 1.8 million of those being children. Roughly 1.1 million of those people are living in the United States based on 2015 estimates from the Atlanta-based Centers for Disease Control and Prevention.

The longterm effects of the AIDS can be deadly; however, the United Nations reports that mortality rates are dropping.