Some victims are claiming that the sudden realization that Wellstar isn't included might threaten their lives. 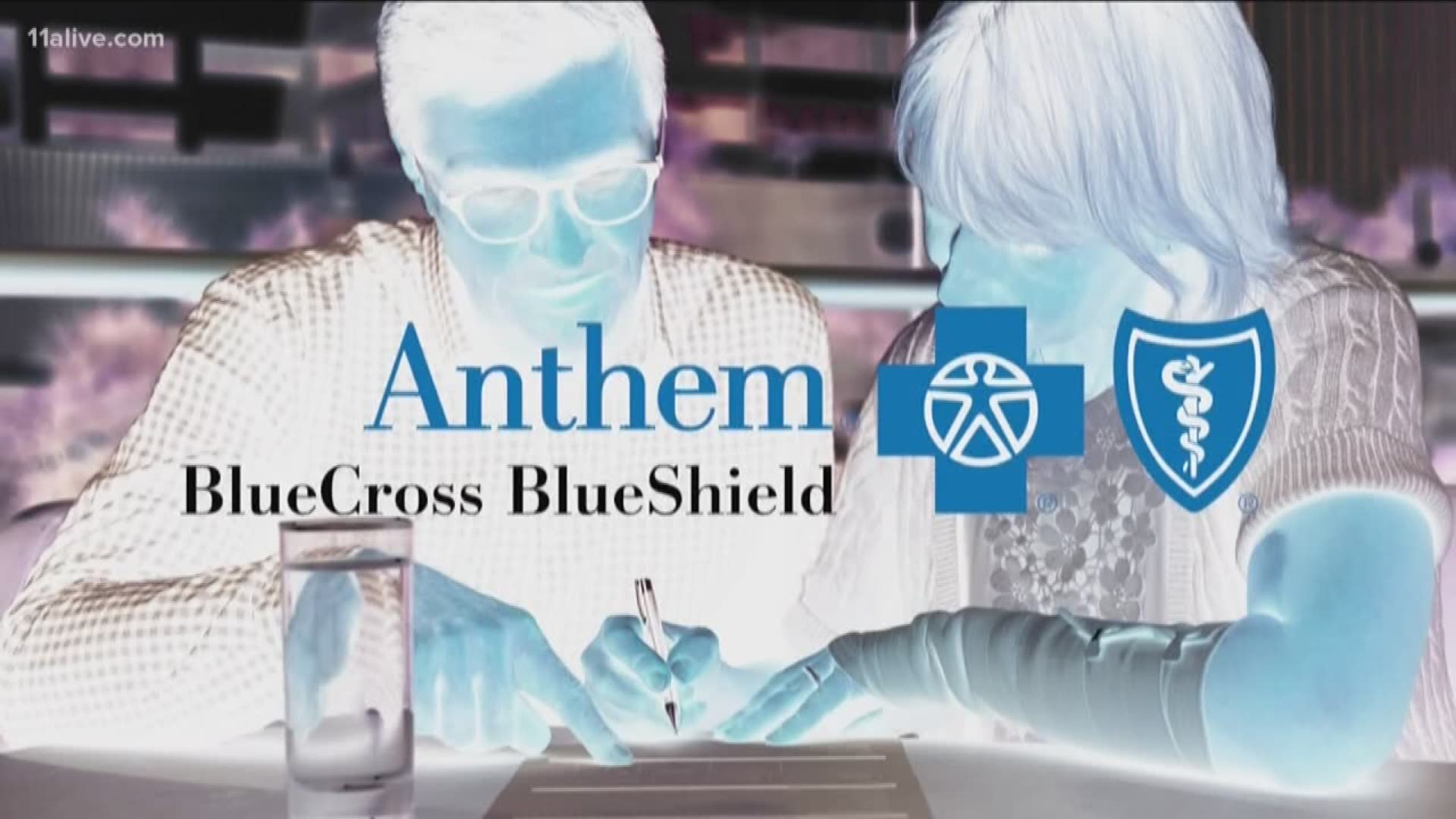 ATLANTA — Thousands of Georgia customers say they were duped by the health insurance company Anthem during their 2018 open enrollment.

The allegation now accompanies a federal class-action lawsuit seeking $5 million in damages. Some patients say it’s a matter of life and death.

John Marks is a retired cancer and heart attack survivor.  Each year, he chooses his health insurance with care.

“I ensure that what I’m signing up for is going to cover my needs,” he said. “These are life-threatening; these are things I need to stay alive.”

During the open enrollment period in 2018, he chose Anthem Blue Cross, Blue Shield for their in-network coverage with WellStar Health Systems. It’s where he’s been treated by the same cardiologist group for 15 years.

But, now, the coverage he signed up for, won’t cover anything he needs.

He’s representing Marks in the federal class action lawsuit and claims Anthem intentionally deceived consumers - including himself - during open enrollment.

“Anthem made misrepresentations uniformly to everyone in the class and they did that, not only to consumers, they also lied to their own agents who were selling the products,” Doss said.

Frances Kirby, also represented in the lawsuit, sees nine specialists with WellStar – some going back 20 years.

“It’s like the bait and switch,” Kirby said. “We start seeing the doctors in January and are told, ‘Oh, you know as of Feb. 4, WellStar will no longer be in the system.’”

“I’m just completely frustrated with how things are being done and that they’re not taking the patients and what they feel and need into consideration,” Kirby said. “I think money is the bottom line and that’s really unfortunate.”

In a statement, Anthem said consumers made an assumption about the plan and they will extend “benefits for 90 days to pathway members who selected, were assigned or attempted to choose a WellStar-affiliated primary care physician.”

The extension does not include specialists, like a cardiologist for Marks.

“If I have an emergency, I don’t know where to go to. I don’t know who to tell them to contact,” he said. “I don’t know if they’ll take me in if I do get in, where will I be transferred to or will I even be reimbursed for the cost.”

The attorney said he has received hundreds of calls from patients with dire situations, some scheduled for serious medical procedures who now don’t know if they’ll be able to get them and, if they do, how they will pay for it.