Dispute arises over how state of emergency would end 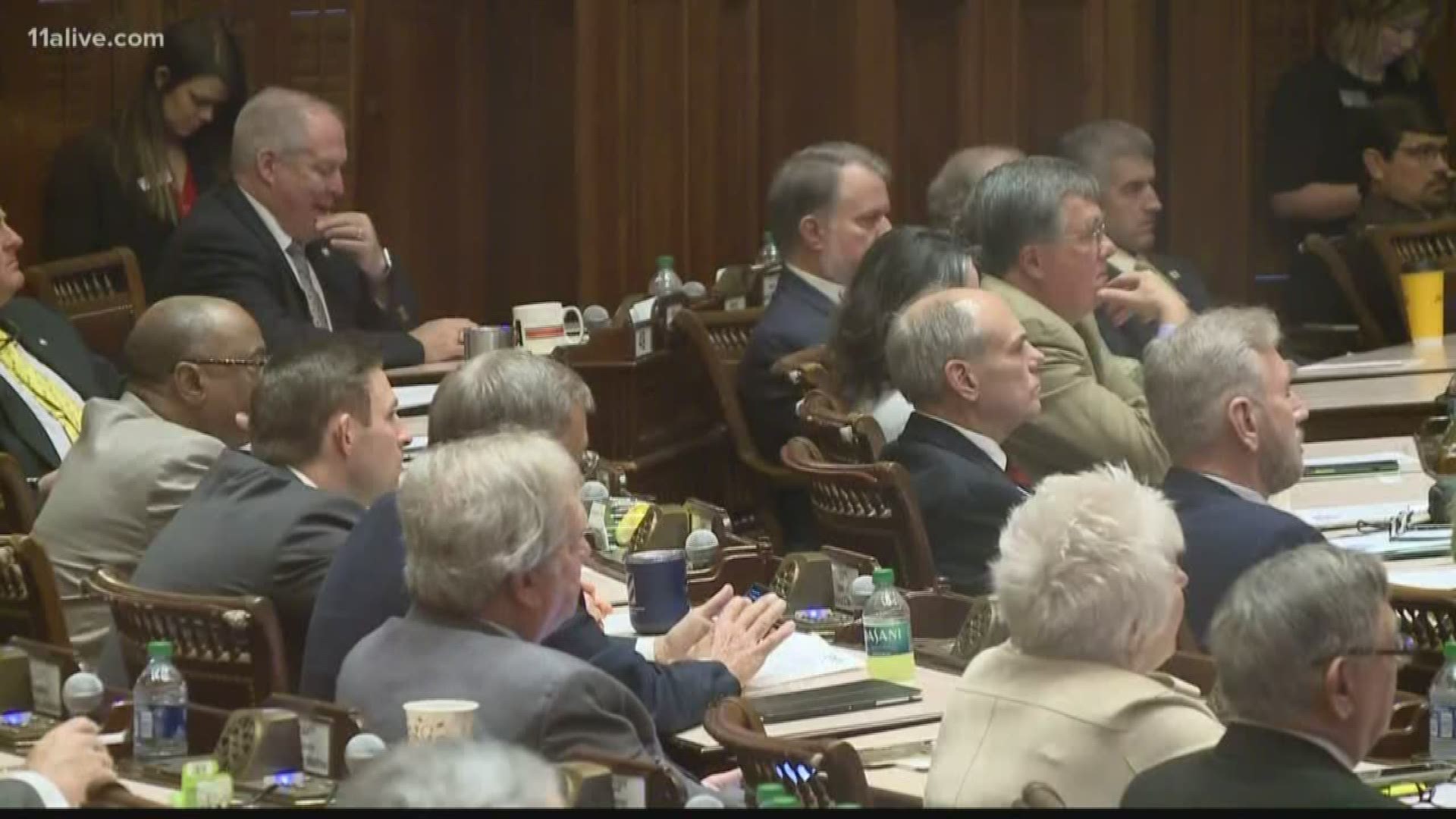 ATLANTA — Georgia lawmakers fell into political disagreement Monday over ratification of a state of emergency declared by Gov. Brian Kemp. He declared the emergency Friday to free up funding to combat coronavirus.

The House of Representatives produced a resolution that concludes the state of emergency April 13. The House resolution requires an extension beyond that date to be ratified by the General Assembly.

The Senate's resolution also concludes the state of emergency on April 13, but the Senate version allows the governor to extend it, if necessary, without legislative approval.

When lawmakers arrived Monday morning, a doctor was standing outside the main doorway of the House chamber with a forehead thermometer, taking the temperatures of lawmakers willing to submit. Dozens did so.

One legislator, state Rep. Alan Powell, wore a face mask while seated at his desk. Several others wore gloves.

In all, 31 of the 180 members of the House were listed as "excused" following a roll call, an unusually high 17 percent absentee rate.

Sunday, House Speaker David Ralston (R-Blue Ridge) sent an email to House members telling them one of the absent members had self-quarantined because of exposure to a person confirmed with COVID-19, the illness caused by the corona virus. Ralston did not identify the member.

Man quarantined at state park outside of Atlanta cleared, being sent home

Georgia to postpone primaries over virus; 2nd state to do so

2 Emory students being tested for coronavirus