Local couple vows to fight Alzheimer's one step at a time, even after major setback with promising new drug

The promise to do it together. 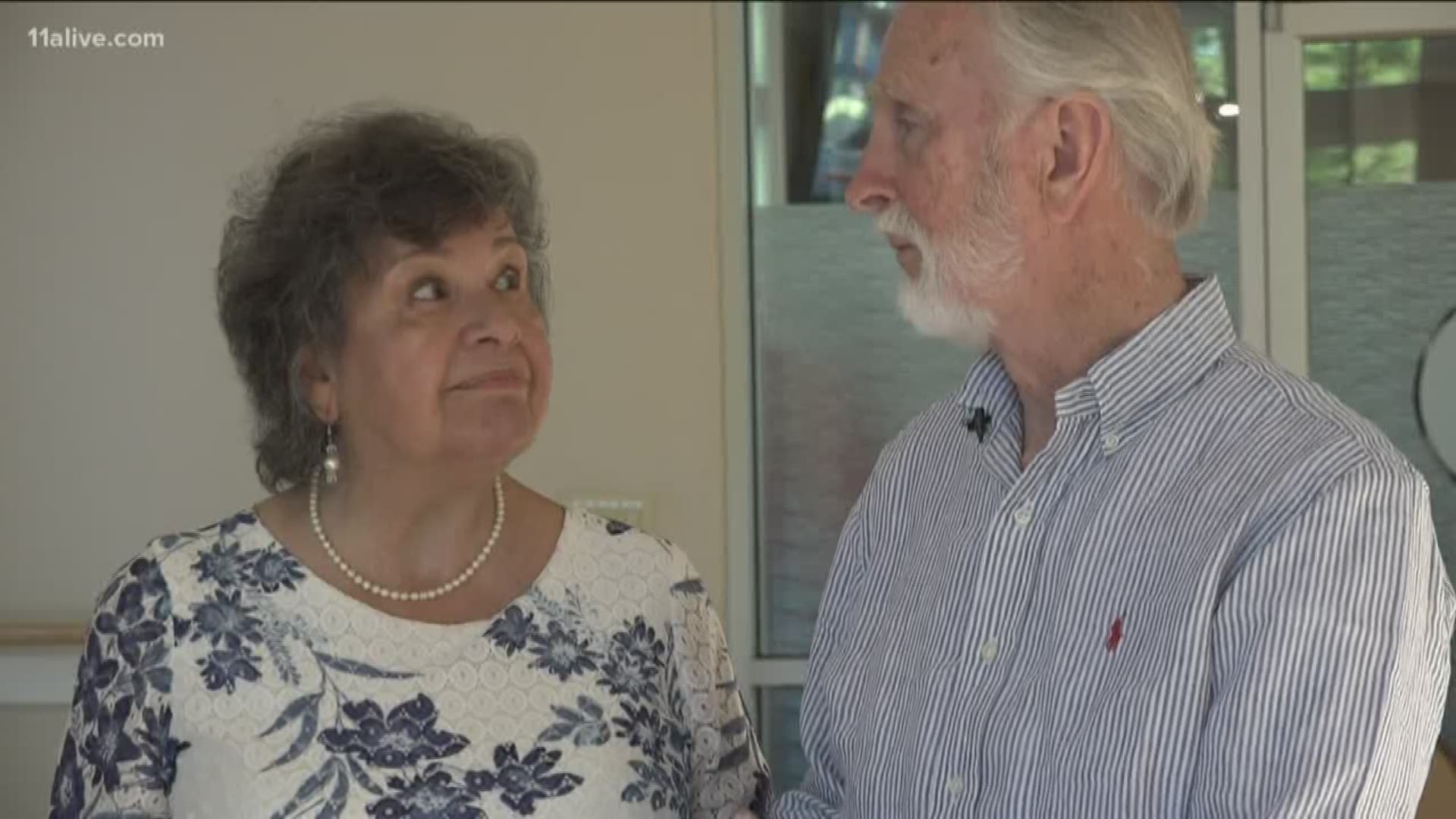 ATLANTA — Rose and Bill Dehry have been dancing all their lives.

In fact, they met at a dance.

"We met at ... the air force base and we actually won the dance contest that night," Rose explained.

Dance allows them to focus on the present - and on each other.

"The idea of just shutting off everything and just being one, which is what we are," Rose explained, as Bill joins in. "We are a unit."

The couple have been married for 56 years, and have four children, 12 grandchildren, and a great-grandchild due in June.

11Alive's Elwyn Lopez even spoke to them while they waltzed during a ballroom class.

"You can ask our kids and grandkids - we dance at very crazy times, sometimes," Rose said. "We just get up and dance."

But four years ago, Bill got a serious diagnosis - he had Alzheimer's. Rose said he's still in early stage, which is why they were betting on a new drug that showed promise in fighting back against the disease.

READ: Why do some people get Alzheimer's Disease while others avoid it?

REPORT: Alzheimer's deaths continue to climb in Georgia and more family members step up as caregivers

But Bill and Rose were dealt a devastating blow, after the drug, in Phase 3 of the trial, was suddenly scrapped.

Biogen and Eisai halted the trial of Alzheimer’s disease drug aducanumab in March after an independent group’s analysis showed that the trials were unlikely to “meet their primary endpoint.” The company added that the recommendation to stop the studies was not based on safety concerns. It's unlikely the two companies will try to test it again.

ALSO: They waited 2 years for a diagnosis that took 2 minutes and changed everything

While it's a major setback, the couple is vowing to remain hopeful, even in the face of uncertainty. They vow to fight on one step at a time - and always together.

"We were together in line at something after a wedding and a girl came up and said, 'are you two a unit?' And we've adopted that because we sure are. And we decided yeah, that's what we are," he said.