Helen Wamey was a senior at Marist School in Atlanta, set to graduate next spring. 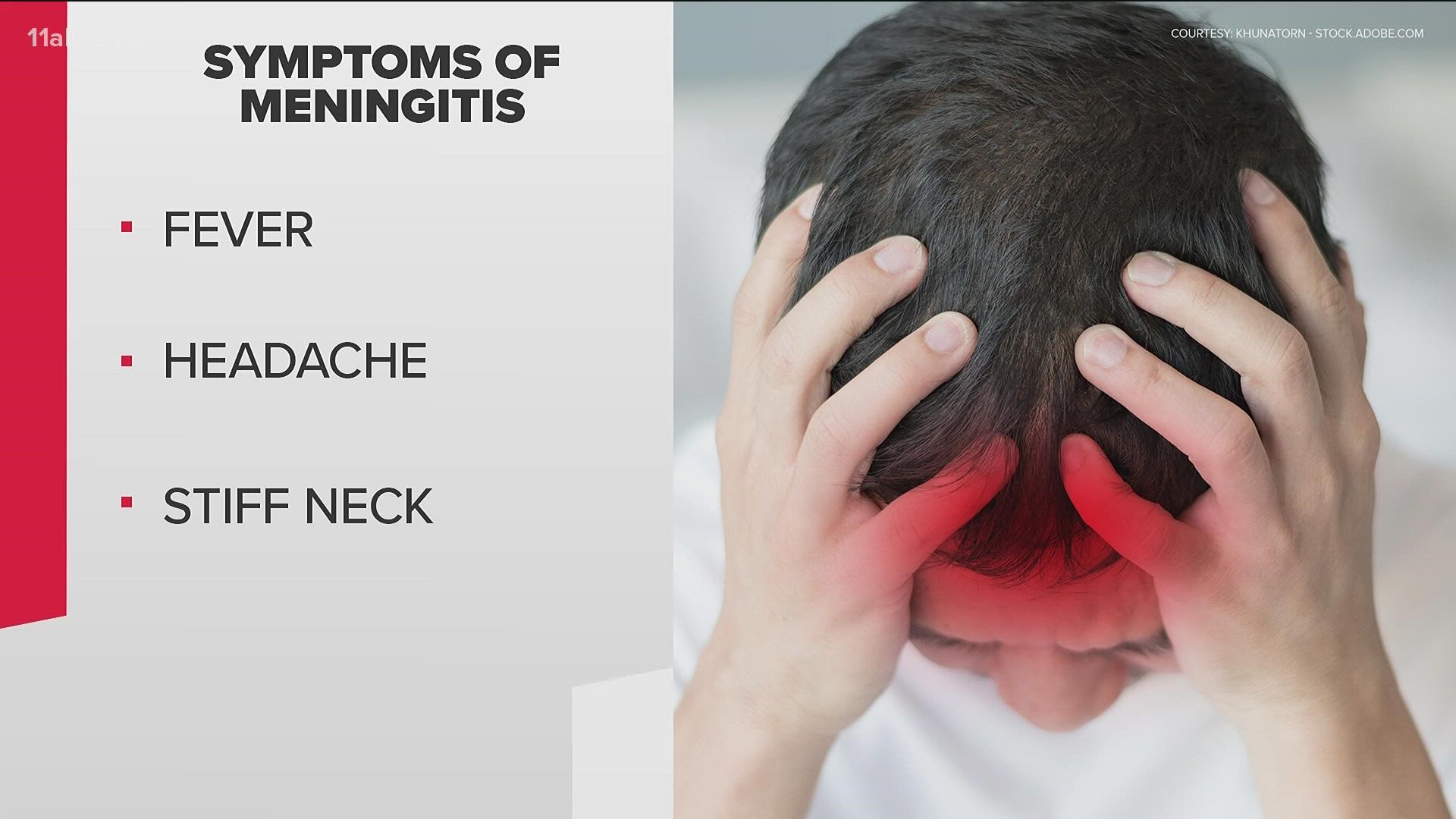 ATLANTA — A school community in Atlanta is mourning the sudden death of a senior after she contracted meningitis.

Helen Wamey was a senior at Marist School in Atlanta, set to graduate next spring.

"Helen was a beloved member of our school community who will be deeply missed by all," the Catholic school's post said. "We pray for the repose of Helen’s soul and for her family and friends, uplifting them and each other as we come together to find strength in one another and our God, who is our comfort in times of sorrow."

What you need to know about meningitis

It's relatively rare for meningitis to be deadly, but it can be life-threatening when contracted as a bacterial infection that quickly causes inflammation pressuring the brain and spinal cord.

It can cause death in just a few hours, or leave those who survive with permanent brain damage and other disabilities.

Symptoms include sudden high fever, stiff neck, suddenly severe headaches, while some secondary symptoms can include nausea, vomiting, confusion, and sensitivity to light.

According to the Mayo Clinic, bacterial meningitis happens when certain bacteria "enter the bloodstream and travel to the brain and spinal cord," causing the condition.

The Centers for Disease Control and Prevention notes that the bacteria that cause meningitis can spread person to person or sometimes through food. The CDC says some people can have the bacteria in their bodies without being sick and can become "carriers," unwittingly exposing others.

According to the CDC, the bacteria that can cause it include Group B Streptococcus and E. coli (typically passed from mothers to infants during childbirth); H. influenzae, M. tuberculosis and S. pneumoniae (spread by people coughing or sneezing in close contact); N. meningitidis (spread by sharing saliva or spit in close contact, through kissing for instance, or sometimes coughing); and E. coli (typically ingested by eating food prepared by someone who has not washed their hands thoroughly after using the bathroom).

The CDC says symptoms can develop 3-7 days after exposure. If caught in time, it can be treated with a number of antibiotics.

There are vaccines for four of the different types of bacteria that can cause the deadliest forms of meningitis, according to the CDC: