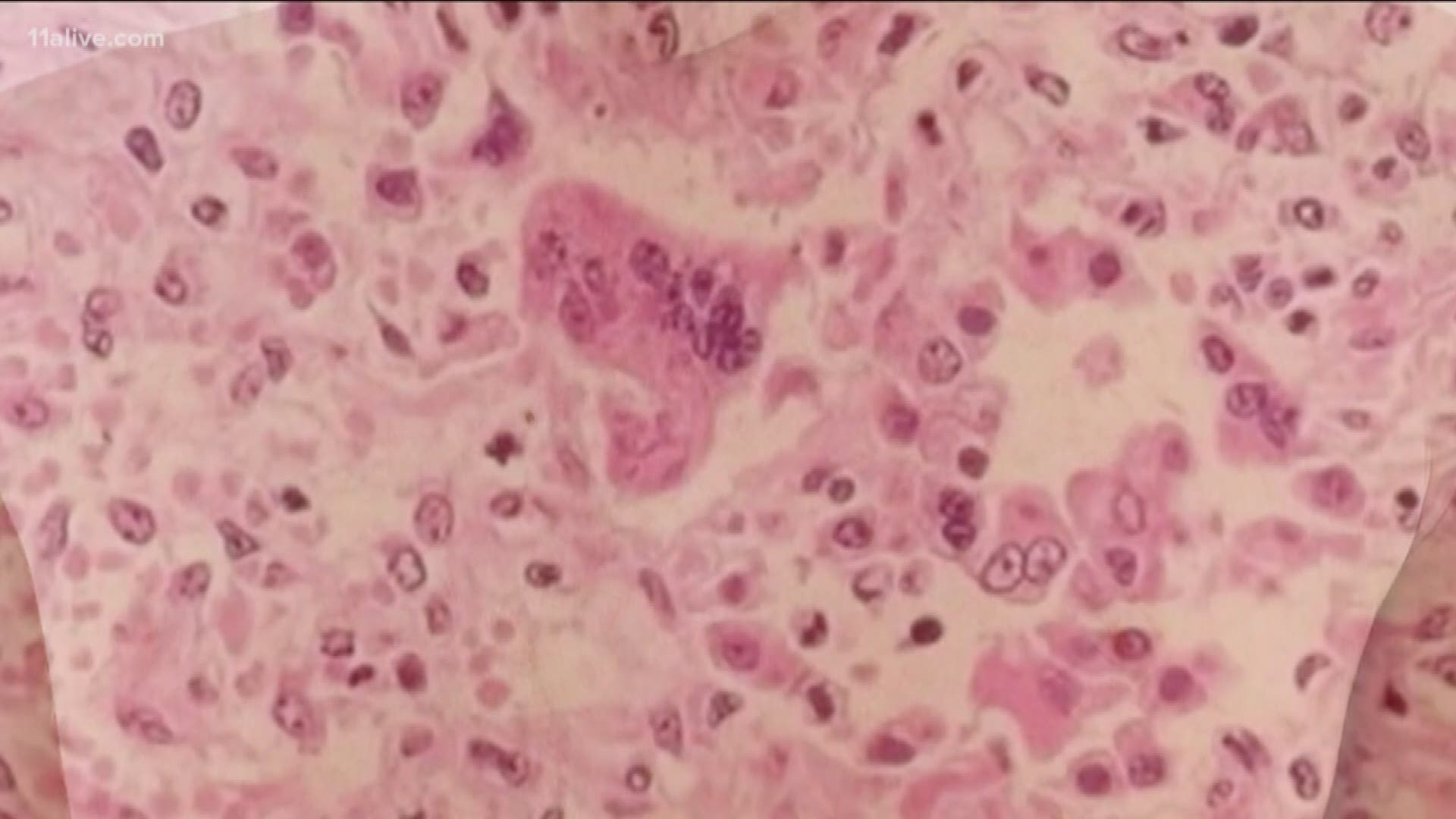 COBB COUNTY, Ga. — A middle school student in Cobb County is the latest person in Georgia infected with measles.

The sudden measles outbreak this year is so serious across the state, that when health officials notified parents at that middle school on Saturday about the measles case, they asked the parents of unvaccinated students at Mabry Middle School to keep their children home until the end of the month.

The student came down with measles in late October, and health officials are concerned that the student might have infected classmates with measles.

That’s why the state is asking that unvaccinated children at that school stay away until three weeks after their possible exposure, which would keep them out of school until Nov. 25.

Parents at the school have been notified.

“Hopefully, the majority of their classmates have been vaccinated, and they’re protected, and that is probably why we haven’t seen more cases” so far at that school, explained 11Alive Medical Correspondent Dr. Sujatha Reddy.

As it is, Dr. Reddy calls the record number of measles cases in Georgia and in the rest of the country this year, “alarming.”

There have been eight known measles cases, so far, in Georgia in 2019, and all of the patients had not had a measles vaccination. That’s twice as many cases of measles in Georgia this year alone, as in all of the past 10 years combined.

And nationally, according to the Atlanta-based Centers for Disease Control and Prevention, there have been 1,250 known measles cases this year, through early October. That’s the highest number of reported cases in one year since 1992.

“Definitely we’ve seen pockets of unvaccinated people, and that number has risen,” said Dr. Reddy. “And that’s why we’re seeing this outbreak. There’s no question.”

Advocates who oppose vaccinations are convinced medical evidence proves that vaccines contain dangerous ingredients—and they continue to fight to make vaccinations a matter of personal choice.

Georgia law does require school students to be vaccinated, but the state exempts students who claim a religious or medical exemption.

According to the state, in the 2018-2019 school year, about 2 percent of all students in Georgia submitted notarized claims of religious exemptions (numbers for the 2019-2020 school year have not been compiled, yet), while .06 percent of students had doctor’s notes exempting them for medical reasons. So, they were allowed to attend school in Georgia unvaccinated.

The spike in measles, Dr. Reddy said, is potentially life-threatening.

“For those rare cases where it turns into something more dangerous—and there are people that may not die but get very ill and have to be hospitalized—it is a big deal," she said. "It is, actually, alarming, and there’s no question that because we have pockets of unvaccinated people, we’re seeing this disease come back, and come back strong.”

And it is possible that people who have received the measles vaccine may get measles anyway, but unlikely, according to public health officials, who say the measles vaccine—a total of two shots—is proven to be nearly 100 percent effective in preventing measles.

Caged in Cruelty: Unlocking the door to reform