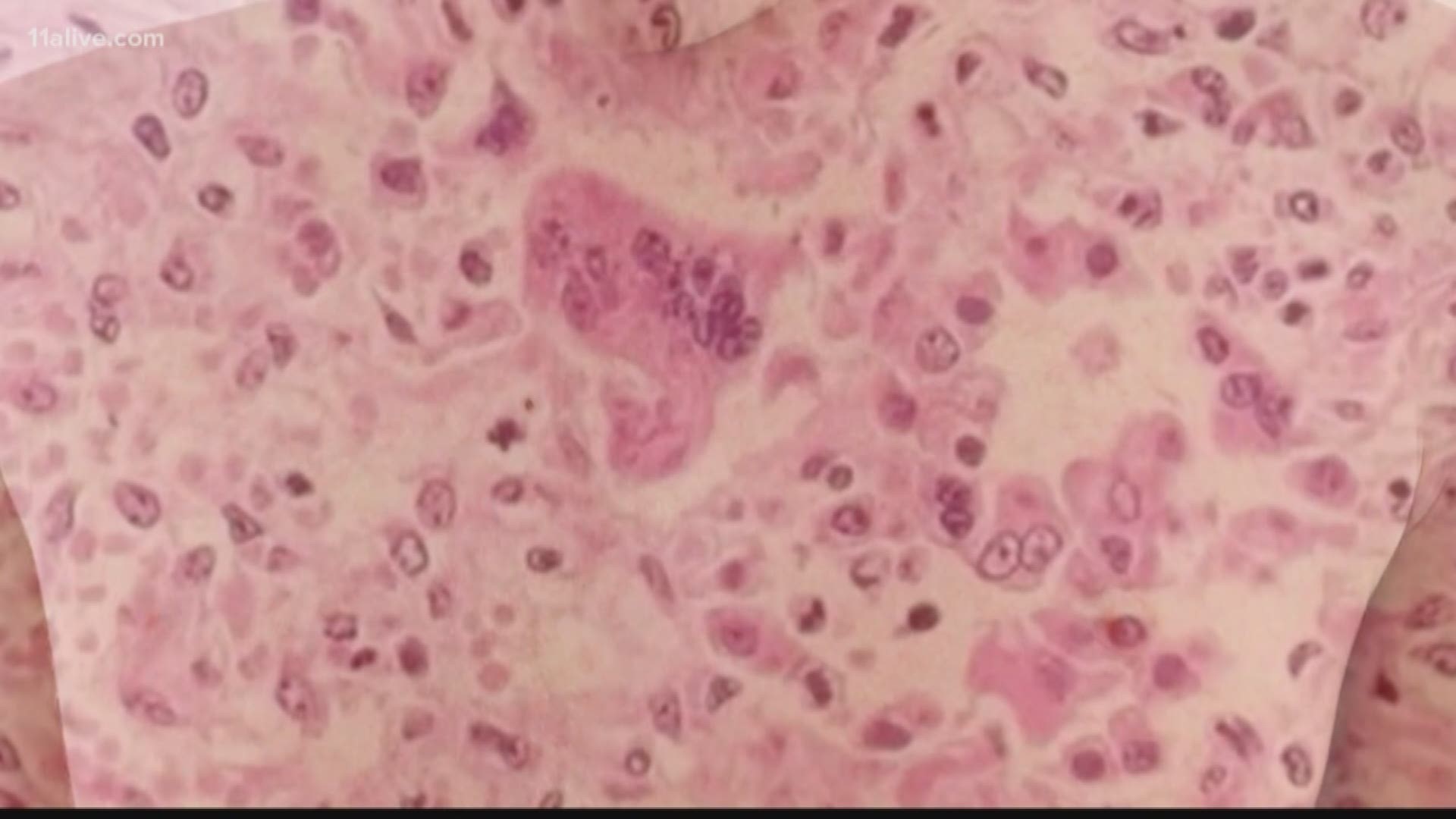 The Georgia Department of Public Health  has identified the likely source of the current measles outbreak in Cobb County, they said Monday.

Five previously unreported cases of measles in one family in Cobb County occurred in early October, they said. These five cases are presumably linked to out of state travel where other cases of measles have been reported. These five people are now out of the infectious stage, according to health officials.

DPH also confirmed two additional cases of measles. These are siblings of a previously confirmed case. Health officials said these siblings have not been at school, so "there are no additional school exposures."

They warned Mabry Middle School to keep their children home until the end of the month if they haven't been vaccinated.

They said unvaccinated individuals who were exposed by a middle school student earlier this month are still being kept at home, away from the public during the 21-day incubation period that ends Nov. 22.

"DPH continues to notify all individuals who may have been exposed to measles virus during this outbreak, and may be at increased risk for developing measles," the department said in a news release. "As of now, this outbreak is contained to three families in Cobb County."

They said that none of the individuals with measles were vaccinated, or their vaccination status is unclear. The number of cases in this current outbreak is 11, and the state total for 2019 is 18 to date.

Measles spreads when an infected person coughs or sneezes, according to health officials. Droplets from the nose or mouth become airborne, or land on surfaces where they can live for up to two hours, they said.

"Measles is so contagious that if one person has it, up to 90 percent of the people around him or her will also become infected if they are not vaccinated," the department said.

Measles starts with a high fever, cough, runny nose and red, watery eyes. Then a rash of tiny, red spots breaks out. It starts at the head and spreads to the rest of the body, according to health officials.

For more information about measles and measles vaccine, visit https://www.vaccines.gov/diseases/measles or https://www.cdc.gov/measles/index.html.