'This just shouldn't have happened': Midwife sued after baby dies during home birth

In a viral blog post, a Georgia family said they want to warn other people about what happened when they tried to have their baby at home. 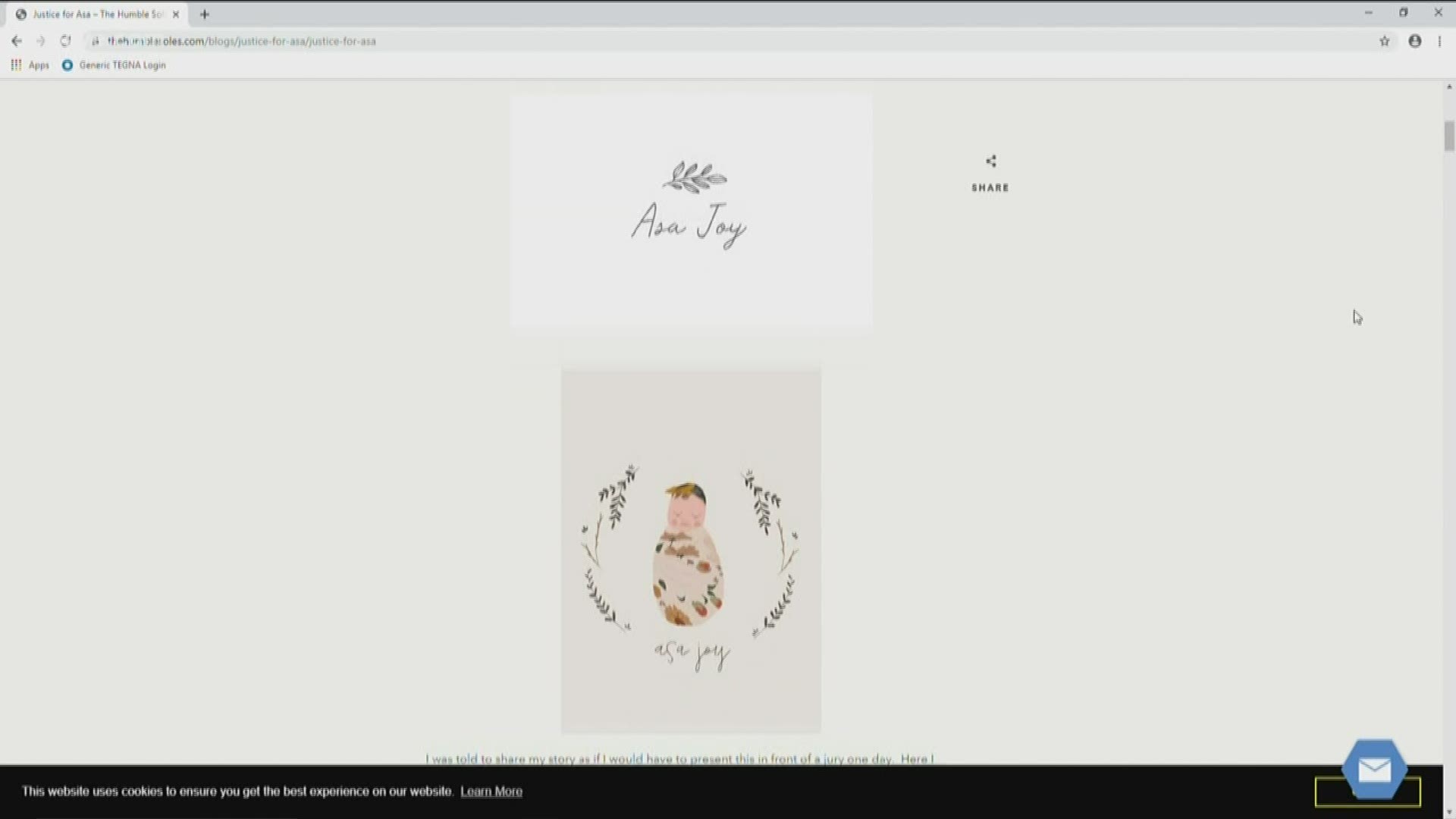 ATLANTA — A mother's warning is raising the alarm in Georgia, and across the world after a blog post about her baby dying went viral.

The blog post the mother wrote about her baby's death has racked up more than a million views. The Cruz family hired a midwife to oversee their home birth in McDuffie County.

She said her grief is unbearable.

"I wanted a baby girl so much. It took us two years to conceive her," she said.

The Cruz family has a little boy, and were living in Nicaragua when they found out they were pregnant with Asa. In Nicaragua, most people deliver babies at home with midwives, so the family wanted the same care when they returned to Georgia.

In a heartbreaking blog post, Ashlyn explained she labored at home for more than 60 hours with the midwife they hired to oversee Asa's birth.

She wrote there were clear signs of distress, but she said the midwife told them not to worry. Finally, her husband insisted they go to the hospital.

"On the way to the hospital, she was like, you don't have to drive this fast, this is not an emergency," said Gabe Cruz.

When they got to the hospital, doctors could not find a heartbeat, and in her blog post, Ashlyn says her baby likely died the day before.

They filed a civil lawsuit against the midwife, though she does not have malpractice insurance. In an email, the midwife disputed the couple's claims, and said she's been getting threatening phone calls from strangers after the post went viral.

11Alive contacted Dr. Sujatha Reddy, who is not associated with this case, to talk about home births.

But Ashlyn said she did her homework and knew she wanted to deliver her baby at home.

People all over the world have contacted the Cruz family, to support them, to offer hope, and to criticize their choices.

"People have said that I did this just for attention. And I would say, they're right. I do want attention. I want Asa's story to speak to the masses in this nation. I want everyone to pay attention, so everyone can know what happened so it doesn't happen again," she said.

The Cruz family say they still support midwives and home births, they just want to warn people about what happened to them, and get justice for their daughter.

They started an online petition to try and get the midwife criminally charged that's racked up 13,000 signatures so far.