Dixie was just treated for cancer that her owners were initially told would be life-changing, if not life-ending for the dog. 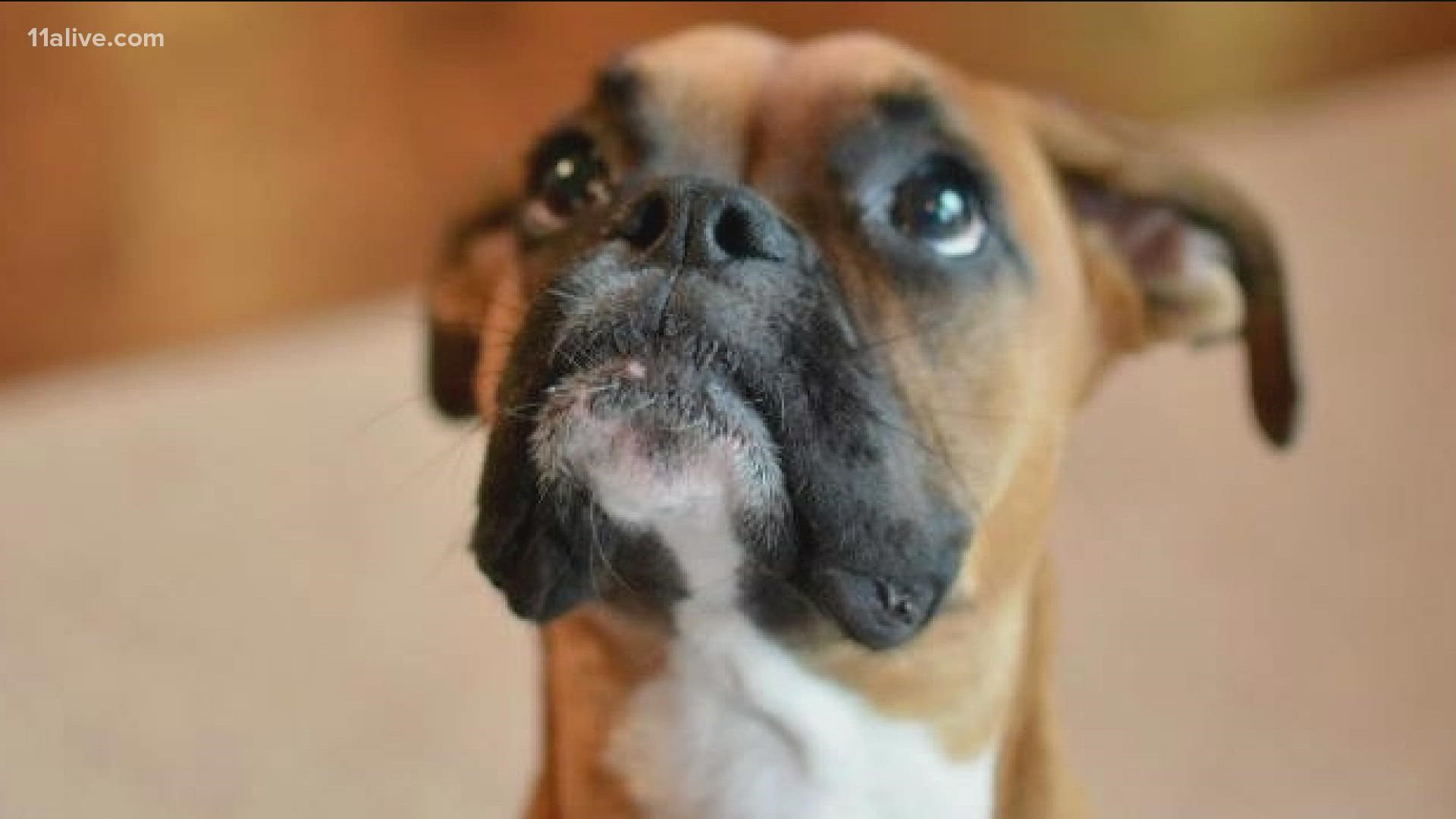 ATLANTA — An eight-year-old dog in Georgia is the cute face of a major medical advancement.

Dixie was just treated for cancer that her owners were initially told would be life-changing, if not life-ending for the dog.

Earlier this year Dixie's family thought she would lose one of her paws if she even survived the cancer she was diagnosed with.

"We have 3 dogs, but she's by far the favorite. We adopted her from Atlanta boxer rescue when she was six months old. And she's phenomenal. She's the best dog you've ever owned," said owner Ally Heck.

Heck was devastated to find out Dixie had cancer on her front foot earlier this year. It was a mass cell tumor and the outlook was grim.

"Our normal vet saw it and said we really can't do anything. It's a shock. So we went to a specialist who said, amputate her leg," Heck said.

None of that sounded right for their girl, so Heck and her family started researching alternatives and found a new drug called Stelfonta.

It was developed from a plant in the Australian rainforest and had never been used in Georgia.

Luckily, the family found a vet who was willing to try it.

"He said I've never heard of that, but I'll do it. And I think he was the first general vet in our state to be able to do it," Heck said.

"This drug is unique in its mode of action, in that it targets those cancer cells specifically. So once we inject that drug into the tumor, it immediately causes an inflammatory effect that causes the immune system to attack those cancer cells," Dr. Lauren Johnson explained.

She's the Field Tech Services Vet for Virbac and said dogs don't even need to be sedated to get the one-time injection.

RELATED: Before feeding your dog, make sure this recall isn't for their food

"Within a couple of weeks, the tumor dies and falls off. It's been tested multiple times and it's not cancer. The cancer is dead, it's gone," said Heck.

She said Dixie was only a little off for a week before she was back to her playful self.

Heck added said that looking at Dixie's success, she has a lot of hope for the medical advancements to treat human cancer.

"Humongous. I can't imagine if they can do this for dogs, what's coming for people," she said.

The drug company won't comment on the implications for human treatment, but Heck said looking at Dixie, she knows major advancements are coming.

And incredibly, the treatment is relatively cheap.

Instead of tens of thousands of dollars for chemo and radiation, or sedation for surgery, even with all the testing, the one-time injection cost less than a thousand bucks.