The law requires companies like Sterigenics and BD to report any release or spill of ethylene oxide to state officials within 24 hours. 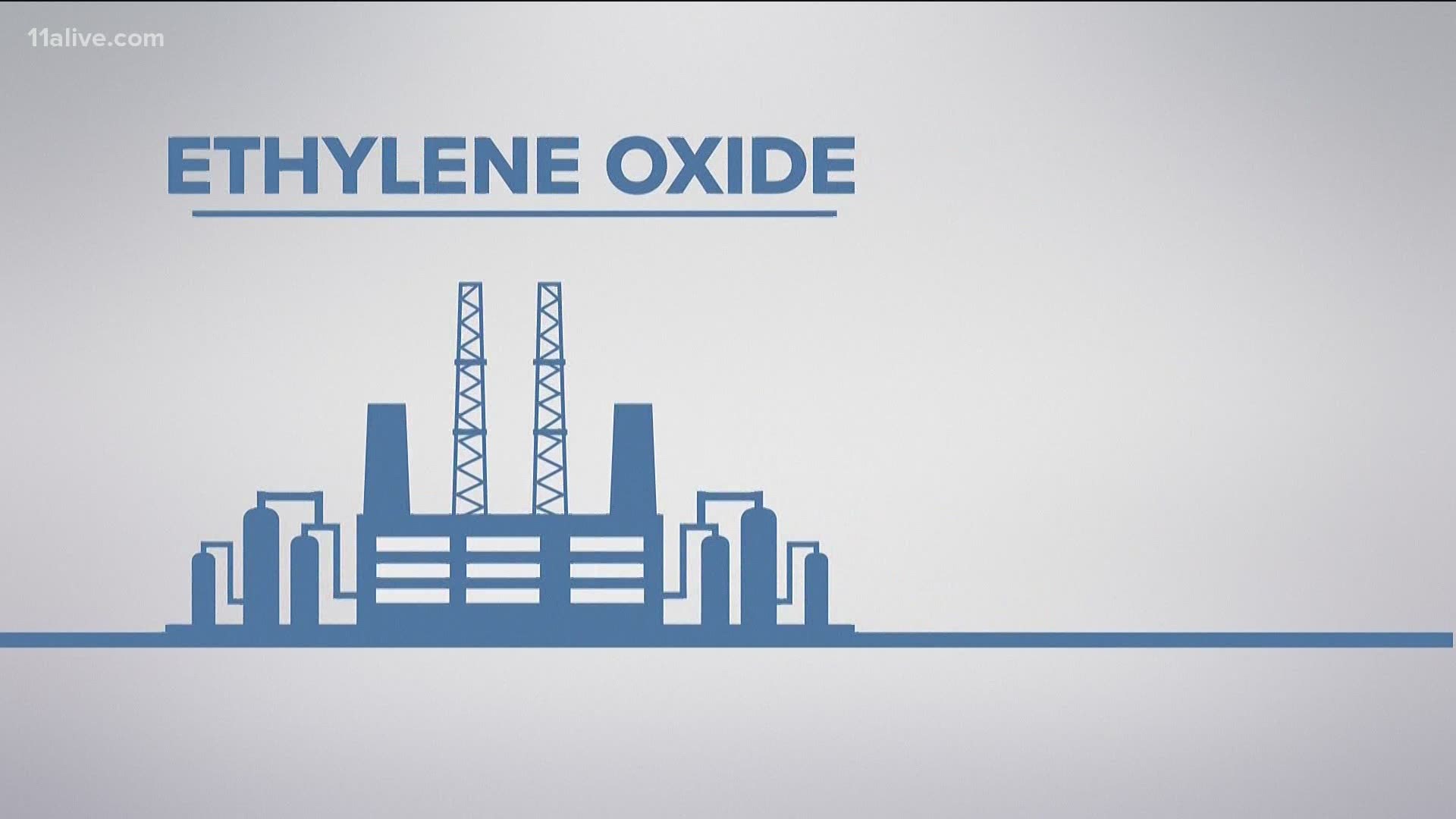 ATLANTA — According to state Rep. Erick Allen, on Wednesday, Gov. Brian Kemp has signed Senate Bill 426 into law, which requires any spills or releases of ethylene oxide gas in the state of Georgia be reported to the Georgia Environmental Protection Division.

"Today is a great first step in ensuring that our communities are safer from the exposure of dangerous toxic air,” Allen said.

Elevated levels of the cancer-causing compound ethylene oxide were found in the air around two industrial plants last year near Smyrna and Covington.

Residents near those plants learned of the higher levels following a WebMD report last summer. In the months since, lawmakers have been trying to crack down on the two plants involved - Sterigenics in Cobb County and BD in Covington - which were the source of the emissions.

Ethylene oxide is used at the two plants to sterilize medical equipment.

According to scientific experts, the compound causes multiple forms of cancer, including leukemia and lymphoma.

Following the release of the report last year, state officials ordered the closure of the Sterigenics facility until new safety features could be put in place there. The BD plant was fined for violations.

Similar issues were raised by lawmakers in Illinois following ethylene oxide emissions from plants outside of Chicago.

This has led to state crackdowns on ethylene oxide emissions and the closure of at least one plant in that state.

"We would not be here today without the members of Stop Sterigenics and the many community leaders who helped me shape similar legislation earlier this year and then pushed hard for this legislation," Rep. Allen said.

Senate Bill 426 requires the reporting of any spill or release of any amount of ethylene oxide to the Georgia EPD within 24 hours of discovery. Under SB 426, the EPD is required to make the information regarding the spill or release available on the agency's website.

"We still have a long road to get real regulation of this toxic chemical," said Janet Rau, president of the grassroots organization Stop Sterigenics. "The bipartisan support for this bill gives us hope that we will continue to work together to ensure that the air that Georgians breathe safer in the future."