Attorneys in Dallas County hope the ruling by an Oklahoma judge against Johnson & Johnson sets a precedent it can repeat in Texas in 2020. 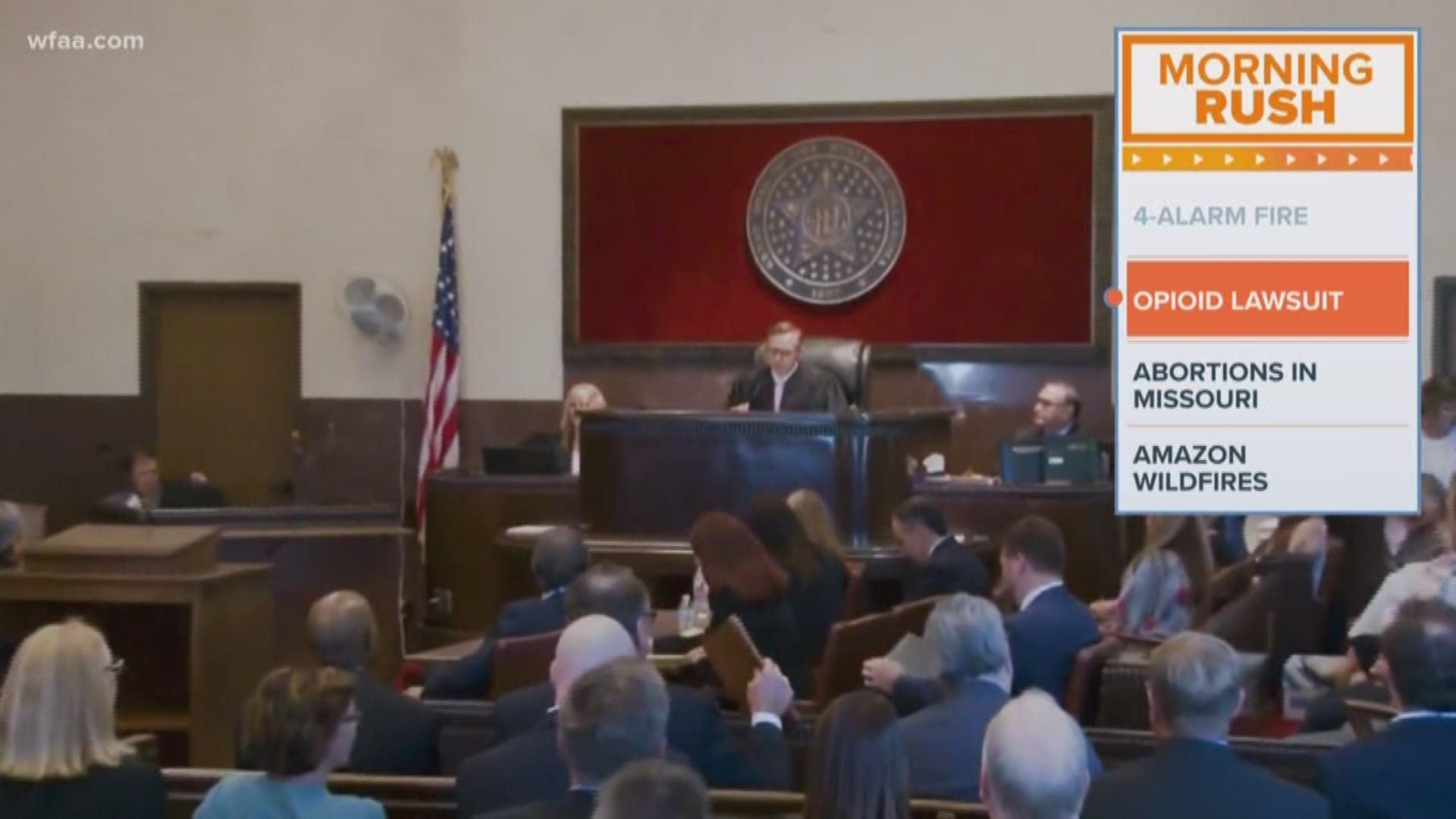 DALLAS — An Oklahoma judge on Monday found Johnson & Johnson and its subsidiaries played a role in creating and sustaining the state's opioid drug crisis, and many in the state of Texas were watching closely.

The stories of lives forever damaged or lost to prescription drugs are shared by millions. They include Austin Box, a University of Oklahoma football star who hurt his back.

In 2011, the drugs supposed to help him killed him. A civil lawsuit filed on his behalf sparked the state of Oklahoma to sue Johnson & Johnson for aggressively marketing addictive painkillers to doctors and patients.

In a courtroom in Norman, Okla. Monday, a judge ordered the company pay $572 million to fight the problem he believes it helped cause to the delight of attorneys in Dallas.

"This was a promotional effort that was deliberately false and misleading," said attorney Jeffery Simon.

His firm of Simon Greenstone Panatier P.C., along with The Lanier Firm and The Cochran Firm, will represent Dallas County in a similar case on the Dallas County docket for October 2020. It will be the first Texas trial against opioid makers, distributors and doctors.

"The goal is to put money back into the county from the companies that caused this epidemic so that we can reduce the harm, prevent it on an ongoing basis, treat the sick," Simon said.

Simon said that recently unsealed information from the Drug Enforcement agency found that more than 461 million prescription pain pills were supplied to Dallas County residents from 2006 to 2012.

For its part, Johnson & Johnson said it will appeal Monday's ruling.

In a statement Michael Ullmann, executive vice president and general counsel for the company said:

“We recognize the opioid crisis is a tremendously complex public health issue and we have deep sympathy for everyone affected. We are working with partners to find ways to help those in need."