Pancreatic cancer survivor says diagnosis doesn't have to be a death sentence, but research is key

Barbara Washburn was one of the 15 percent of diagnosed patients who could get surgery to remove it. Now, she's fighting to raise awareness. 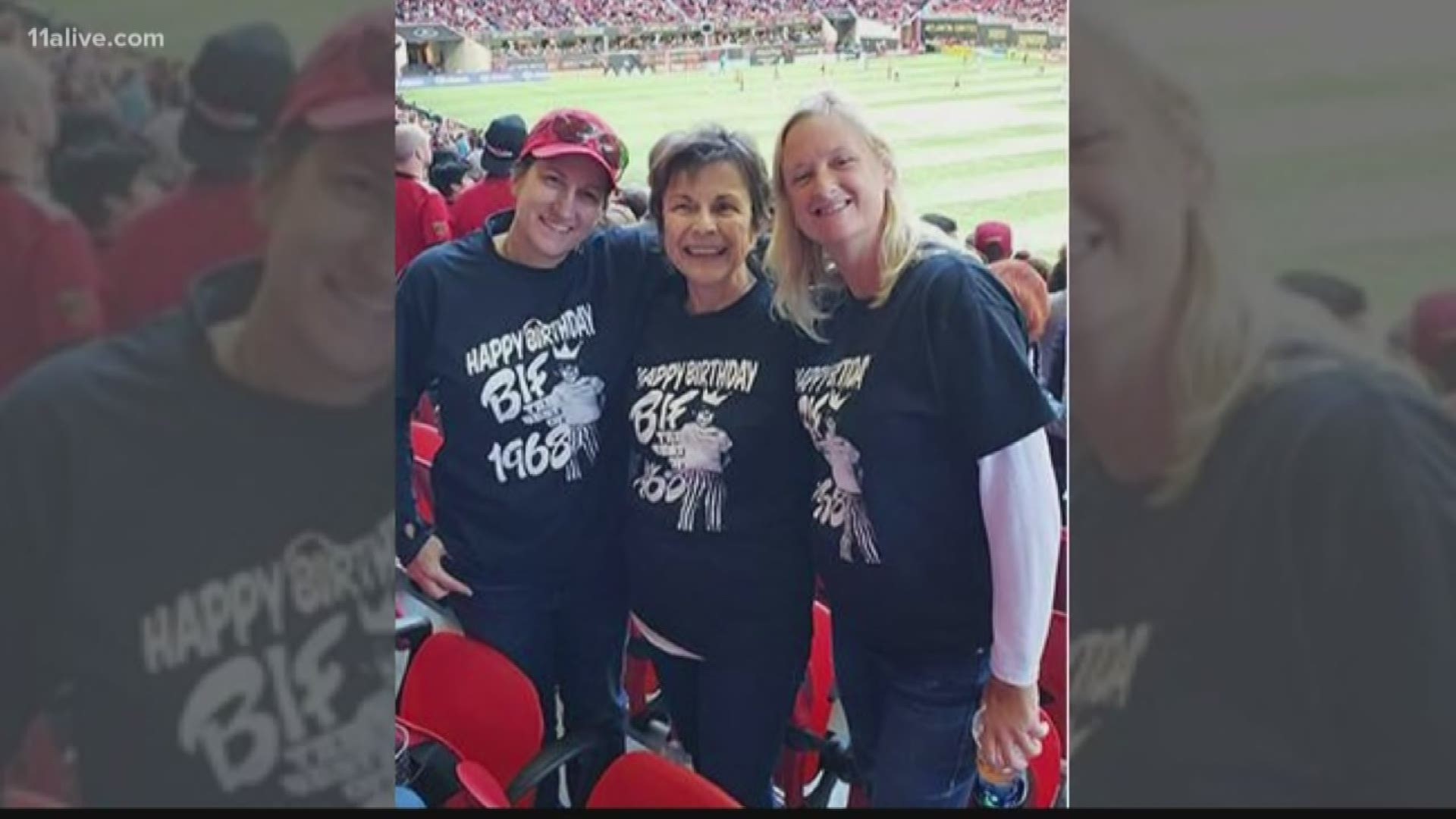 ATLANTA — It's a rare form of cancer that's been getting a lot of attention lately.

This year an estimated 56,000 Americans will be diagnosed with pancreatic cancer. Nearly 46,000 of them will die.

Barbara Washburn is one of the lucky ones.

"I always thought, 'I'll never get cancer. There's none in my family'," she told 11Alive. "Two-and-a-half years ago that all changed."

After going in for a heart exam, her doctors made an unexpected discovery.

"My doctor called and said, 'you need to go have an ultra sound.'," she recounted.

It was pancreatic cancer. Washburn said she was shocked.

"I can't explain it any other way, because it just seemed surreal that this could possibly be happening to me," she said.

But the prognosis was good. She was one of the 15 percent of diagnosed patients who could get surgery to remove it.

While pancreas cancer is a rare cancer, it is the number-five in terms of leading cause of death of cancer in the United States, and it will continue to increase as obesity and smoking trends continue to increase over the next decade. Doctors have also recently discovered that African-American men have a higher risk of developing pancreatic cancer. Which is why November - pancreatic cancer awareness month - is important for those impacted by the disease.

The diagnosis of celebrities like Alex Trabek, Supreme Court Justice Ruth Bader Ginsburg, and Aretha Franklin have brought more attention to the disease. But more research is needed. That's why Washburn started raising awareness through the Pancreatic Cancer Network.

"My main hope is find a test that can diagnosis this," she said. "We all want a cure, but it sure would help if we could get a diagnosis test and people would know before they're too far along."

There is no screening for the cancer, which is why most patients don't discover it until late stages.

"The symptoms are so innocuous you just don't pay attention to them - symptoms like stomach and back pain, jaundice and weight loss," she explained. "If you're losing a lot of weight very rapidly, that's a marker that something sinister is going on in your body."

Today, two-and-a-half years a survivor, Washburn is feeling good, but still gets a little anxious for check ups. But, she is grateful for her support system who keep her going.

"All-in-all, I feel very blessed and happy to be here," she said.

For more information on the disease, go to pancan.org.

'I can barely hit a squirrel without stopping... and you treat my mom less than that'