Few additional medical details have been released regarding his medical condition. 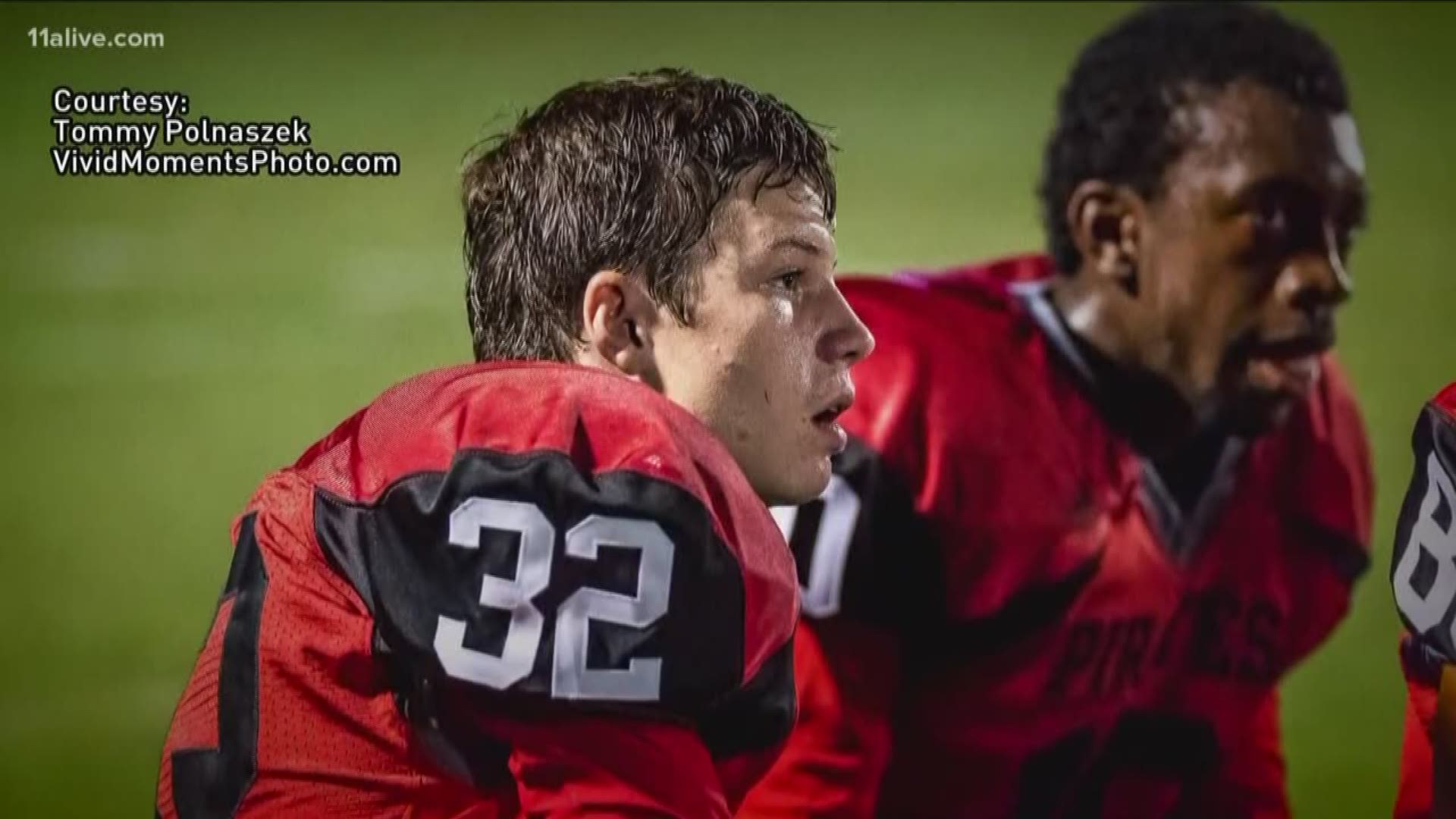 UPDATED | According to school officials, junior Dylan Thomas died at the hospital on Sunday. Click here for the latest information.

Players, coaches and supporters from both teams gathered on the field in prayer as Thomas was taken from the field before play resumed.

Thomas was transported to WellStar Spalding Regional Hospital before being transferred to Grady Memorial Hospital in Atlanta for treatment. He underwent surgery hours later.

He remains hospitalized in a coma. Few other medical details have been released regarding his condition.

In a social media post Sunday morning, Dylan's uncle, Nick Burgess said things are in rough shape at this point.

"Dylan Thomas is in very critical condition we will not know anything for another 12 hours," he said in the post. "whether he will pull through or not as of right now his brain is still swelling even if he does pull through chances are he will not be the same."

"There is great concern for Dylan, but we are a faithful community and we will circle the wagons for this family," Pike County School Superintendent Dr. Michael Duncan told 11Alive News Sunday morning.

A prayer vigil will be held for Thomas at 6 p.m. at the Pike County High School Track.

AND | When a Cedar Grove player collapsed on the sideline, McEachern trainers saved his life