As the 'Brazilian Butt Lift' gains popularity, so too do underground procedures to get a similar look. It turns out both pose major risks. 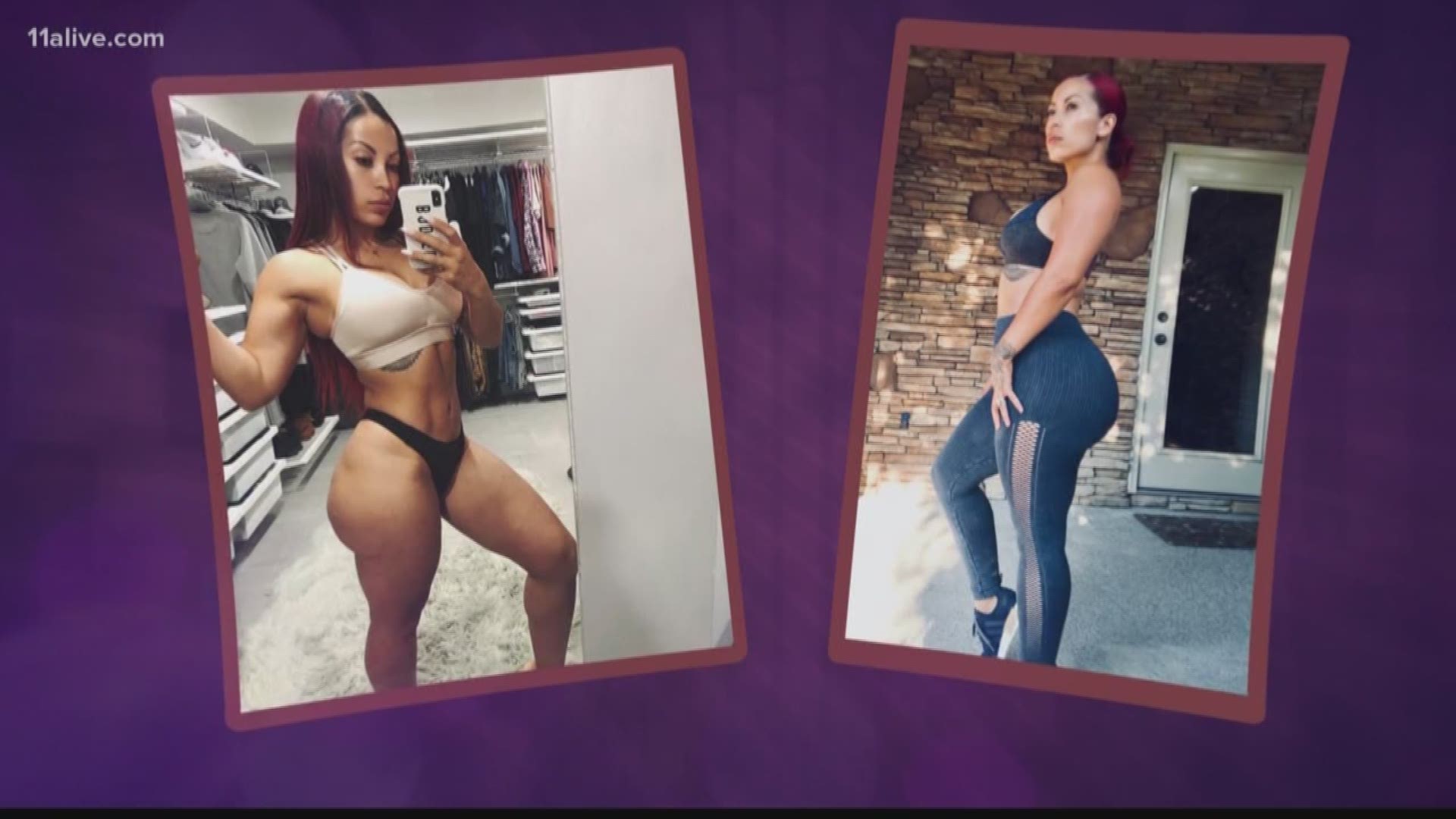 ATLANTA — Brazilian Butt Lifts have become the most popular cosmetic procedure in the country - but they're also the most dangerous.

Atlanta is ranked eighth nationwide for cities with the most plastic surgery. 11Alive spoke recently with a local woman whose desire to change her body outweighed the risk of doing it.

At 5 feet 3 inches tall and 128 pounds Jenelle Butler, also known as "Get Bodied By J," was the smallest she had been since having her second child. But the world around her was changing - especially in Atlanta.

"Everywhere I went, that's all I saw was butt, you know, big booties," she said.

She said what she saw made her insecure. Jenelle, a personal trainer who was also pursuing modeling and acting, wanted in.

"This is like, hush-hush," she said. "It was like the butt shots trend and that was the first that I did and allowed somebody to do to me, as well, in a hotel room."

RELATED: 3 convicted for practicing medicine without a license at Vinings cosmetic surgery clinic

Jenelle said she remembers getting about nine shots on each side - in a non-sterile environment and not under the supervision of a licensed medical professional.

This was in 2010 at the beginning of the trend that continued to gain notoriety after silicone butt shots hit the headlines.

Jenelle said that looking back, she realizes how perilous her decision was.

"I could've died in that hotel room and I think about that all the time," she said. "And it's scary."

1 / 3
Provided
Jenelle Butler, also known as "Get Bodied By J"

And some people actually have died. As Hollywood glamorized big butts, doctors began offering legitimate ways to get the banging body through the "Brazilian Butt Lift."

"A Brazilian Butt Lift is where we take fat from one other area of the body ... where you don't want fat and then we inject it into your butt and your hips," Dr. Curves said.

Dr. Curves is a world-renowned plastic surgeon in metro Atlanta. He's performed thousands of these procedures.

"The reality stars started getting it and posting it on Instagram," he said. "So, basically, once Instagram started and people started posting their results, that's when the big boom started."

Licensed plastic surgeons in cities like Atlanta - ranked eighth nationwide for cities with the most plastic surgery - can't even count how many Brazilian Butt Lifts they've done. But, earlier in 2019, other plastic surgeons came out to say licensed professionals or not, these butt lift procedures are the most deadly.

"The truth of the matter is it does have a higher incidence of complications and mortality than a lot of the other plastic surgery procedures and I was a big proponent in trying to find out why," Dr. Curves said.

RELATED: 'I have a rotting corpse inside of me' | 'Pump Doctors' offer cheap and dangerous injections

He joined a coalition called the World Association of Gluteal Surgeons to defend the Brazilian Butt Lift procedure and promote safer techniques.

The American Society of Plastic Surgery put together new recommendations after research showed 1-in-3,000 Brazilian Butt Lifts resulted in death - far higher than any other cosmetic surgery.

RELATED: Calif. man on face transplant: 'It's important to share my story to help inspire others'

Credit: Jenelle Butler
Jenelle Butler shared four photos. The first was before getting 'butt shots,' the second after them, the third one after pregnancy and a fourth after her removal surgery went horribly wrong.

In a hotel room or under the care of a licensed doctor, the risk of death is there. And psychotherapist Dr. Tiffanie Davis-Henry said the social media and reality T.V. culture that's driving the amount of these cosmetic procedures. That's something that mental health professionals consider extremely alarming.

1 / 3
Provided
The initial removal surgery went horribly wrong, so she ended up in the hospital for days needing several blood transfusions. She had severe bruising and literally no butt at all.

In the eight years since her first hotel butt injection, Jenelle went from 5,000 Instagram followers to more than 670,000. But, then she decided she wanted to be all-natural again, realizing she could have gotten the same results in the gym with more hard work - and a lot of patience.

"I could've built my own butt to be so bomb and that's when I started to regret what I did because, now, I have the silicone on top of my muscle and it's formed scar tissue and I want it gone."

It was also a decision that nearly cost her life. The initial removal surgery went horribly wrong, so she ended up in the hospital for days needing several blood transfusions. She had severe bruising and literally no butt at all.

"So, I went from having this big ol booty to having nothing at all. There was no happy medium," Jenelle said.

Jenelle said her marriage suffered because of how she felt about herself and the reconstruction surgeries were a difficult chapter in her life.

Nearly two years later, Janelle is able to get back to her first love - working out. She said she'll keep telling her story to help other women learn from the hell she's already endured.

With one more reconstructive surgery scheduled, she's getting her confidence back and can leave the house without wearing butt pads as she adjusts to her new body.