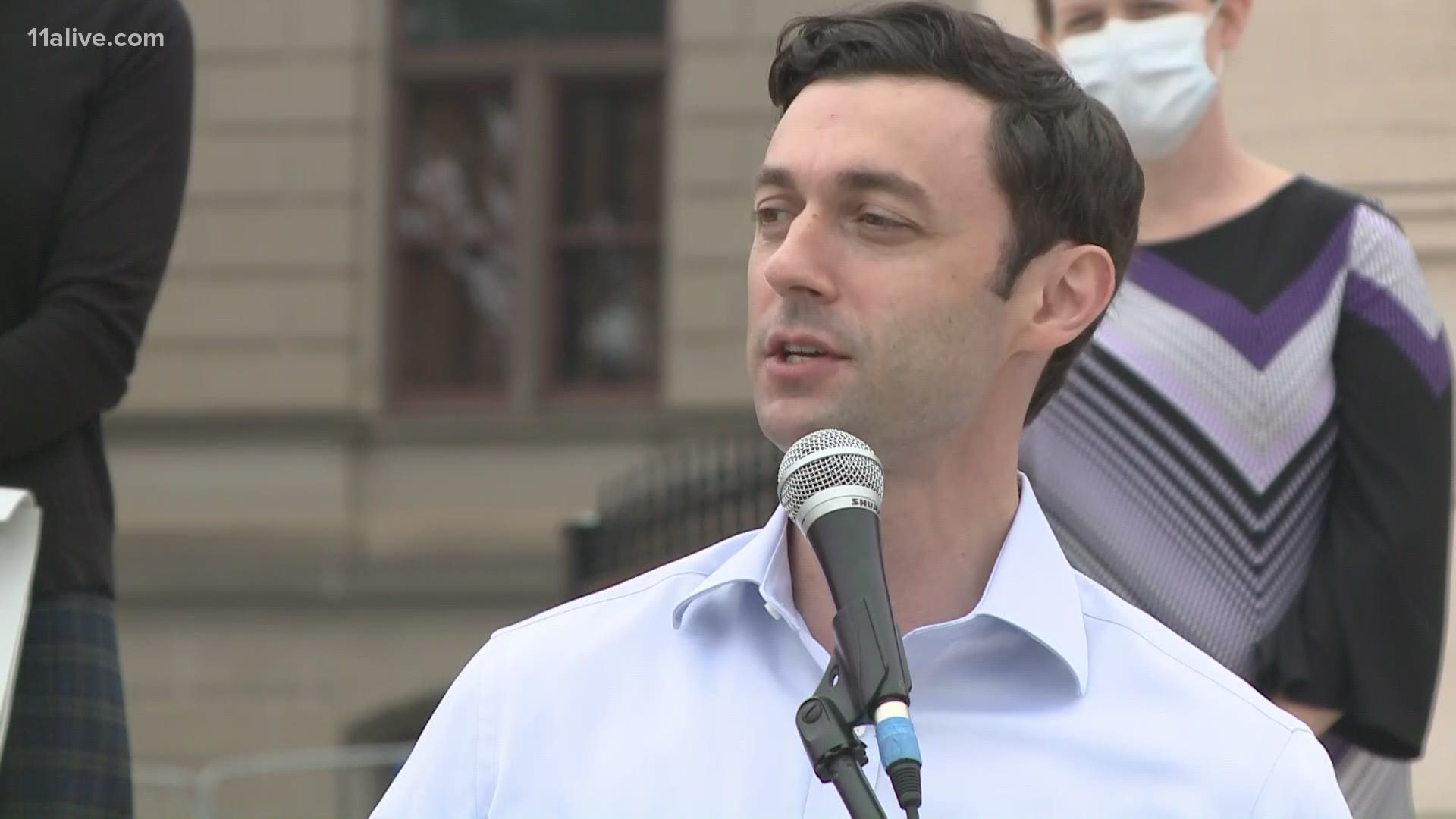 ATLANTA — As the Supreme Court began hearing the latest challenge to the Affordable Care Act, health advocates and Democratic leaders in Atlanta voiced their defense of the law President Obama signed in 2010.

Jon Ossoff, who finds himself in a runoff with incumbent Sen. David Perdue (R-GA) on Jan. 5, joined Carolyn Bordeaux, a Democrat newly elected to Congress for Georgia's 7th district, and health advocates to explain why the Affordable Care Act should be kept intact.

The rally took place Tuesday morning at Liberty Plaza, just outside the Capitol. Victim advocates with pre-existing conditions, Protect Our Care Georgia, and others said attacking the Affordable Care Act during the COVID-19 pandemic would lead to lost coverage for millions.

“It is morally wrong that we hang our people out to dry this way," Bordeaux said.

The Supreme Court will hear the third challenge in a decade to the Affordable Care Act, with 18 Republican-led states urging the court to rule it unconstitutional to require all Americans to obtain health insurance or pay income tax penalties. Republicans argue if the law's tax penalty is set at zero, the individual mandate still requires all Americans to obtain some type of coverage.

The states bringing the case to the Supreme Court want the entire law scrapped. Sen. Perdue voted to repeal the Affordable Care Act, though he said in a statement that he "has always has and always will support protecting healthcare for those with pre-existing conditions, period."

Joe Binns, co-director of Protect Our Care Georgia, expressed concern when asked about the potential for the Supreme Court to strike down not just a portion of the Affordable Care Act, but possibly the entire law.

“What we’re worried about in this ruling mostly is the 4.3 million Georgians with pre-existing conditions that are going to be thrown back out onto the mercy of the insurers," Binns said.

The Supreme Court is not expected to issue a decision until next spring.