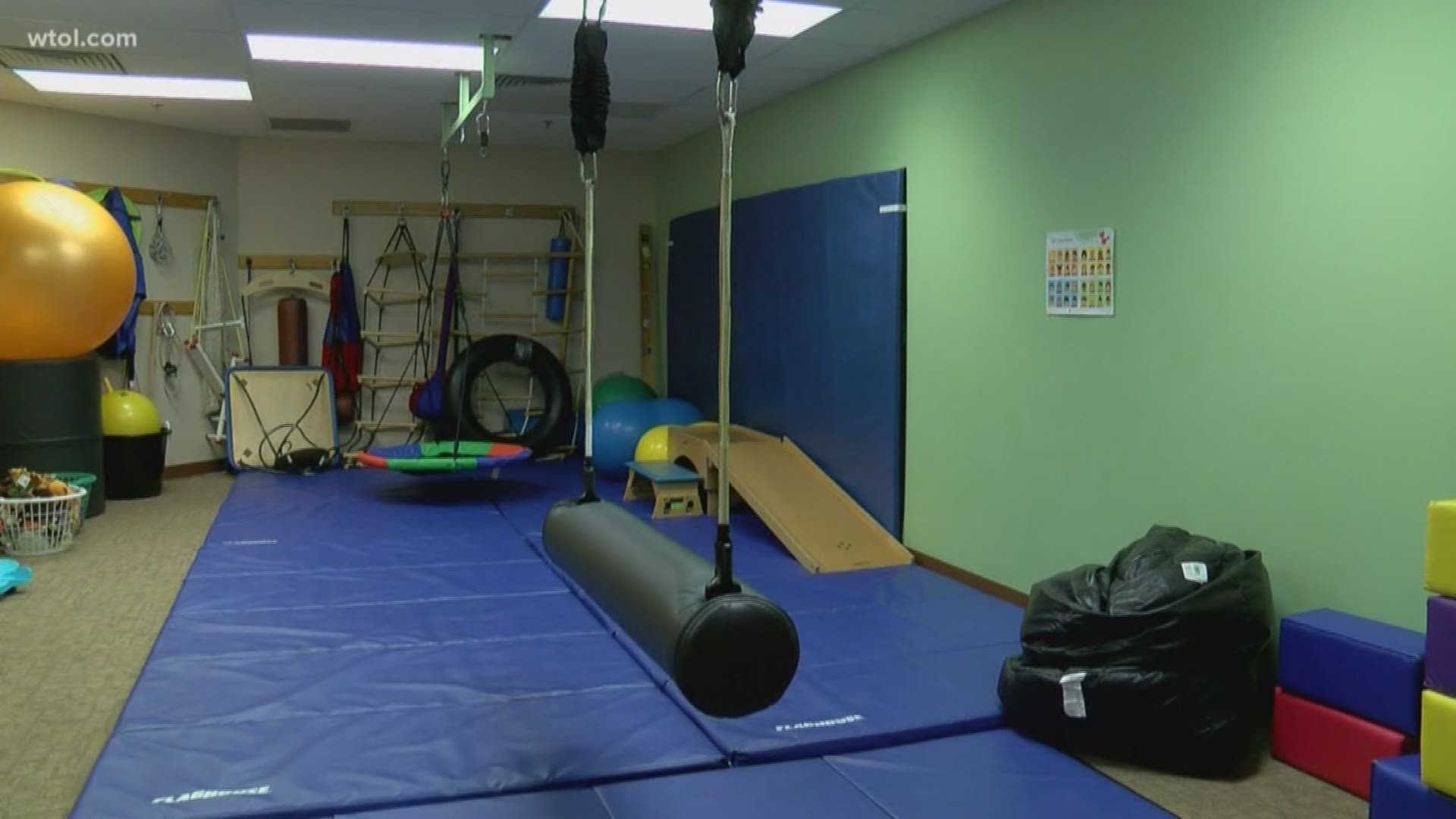 TOLEDO, Ohio — Promedica Total Rehab Pediatrics outgrew its footprint and has recently expanded in order to meet a need in our community and serve more children.

Four-year-old Trinity Futch has been a patient there since she was four months old.

Trinity has made a lot of progress in her time at the facility. Her family and physical therapist said she has a lot more confidence in her skills. She's doing things like getting onto a chair and step without asking for help.

Trinity is one of 150 children, aged from infancy to 18 years old, treated at the facility each day. Those kids seek treatment in a variety of areas, including speech-language pathology, occupational therapy and physical therapy.

"We really outgrew our last space. We had a waiting list for most of our services and we wanted to be able to offer more services for more patients in the community," speech-language pathologist Kelly Johns said.

While it's a lot of hard work for the kids, they have a little fun while they're receiving treatment too.

Report: Suicide now leading cause of death for children ages 10-14 in Ohio