'They're fun, they're loving, they're sweet,' and all 3 brothers are fighting cancer

They are fighting bilateral retinoblastoma. 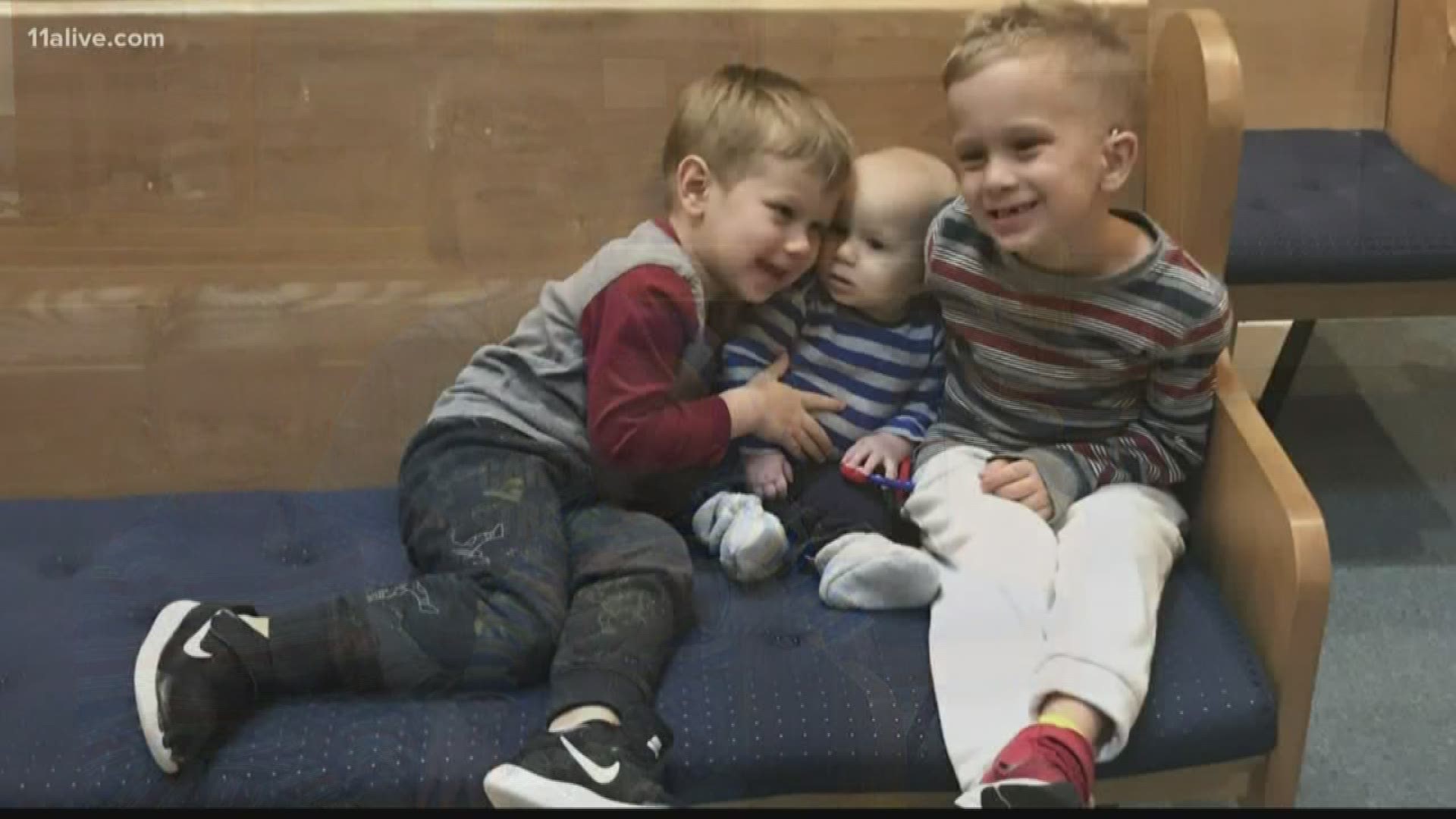 ATLANTA — Parents hope to pass on kindness, respect and their values to their children -- but not their cancer.

The tragic circumstance happened to a local family three times.

All three of their sons are currently fighting retinoblastoma, and the family hopes their story can help raise awareness about childhood cancer research.

Earlier this month, their third son was diagnosed with bilateral retinoblastoma at just 6-months old.

"They're smart, and they're kind, they're definitely a joy to have," said Angie Rush, the boys' mother.

Tristen, Caison, and Carter are friendly and all all smile a lot.

"They're fun, they're loving, they're sweet," their dad, Aaron, added.

And they all have cancer. All three boys.

It's a rare and aggressive cancer, that almost exclusively attacks young children, and as they found out, it can be heredity.

Carter just started his cancer treatments last month.  Aaron and Angie said they feel lucky he had more time to just be a baby.

He's very upfront about his diagnosis and open to talk about it.

But it's more complicated for Angie, who also had retinoblastoma when she was an infant. She lost her left eye at 6-weeks old, and knew when she got pregnant she had a 50/50 chance of passing the disease to her children.

But she could have never imagined all three would be diagnosed.

"I feel a lot of guilt, knowing that this is something I could pass down to them. But I also know that I've been blessed," said Angie.

Aaron and Angie say they're lucky to have support. They have insurance, but had to sell their house and move in with family members to pay for treatment.

"Knowing we are going to meet our out of pocket every year, it's January, and we've already met it," he said.

Aaron hopes his family's story can help raise awareness about pediatric cancer, and the desperate need for more funding.

According to the National Cancer Institute, only 4 percent of federal cancer research goes to childhood cancer, but there is a new initiative to increase funding by $50 million this year.

And survival rates are getting better in the United States.

In the 1970's, children diagnosed with cancer only had 50 percent chance of survival, now it's more than 80 percent.

The prognosis for the Rush boys is good. When Angie looks in to their eyes, she doesn't see the cancer.  She sees their future.

"You can see the future?", asked one of the boys.

"Yeah, I see the future. That you might be a doctor and help other kids with retinoblastoma," Angie replied.

Carter just started his first round of chemotherapy last week. The family started this fundraiser to help offset the cost of treatment.