Kids at Children's can sometimes be limited to the confines of their corridors, but technology is making sure the patients don't miss out on hospital fun 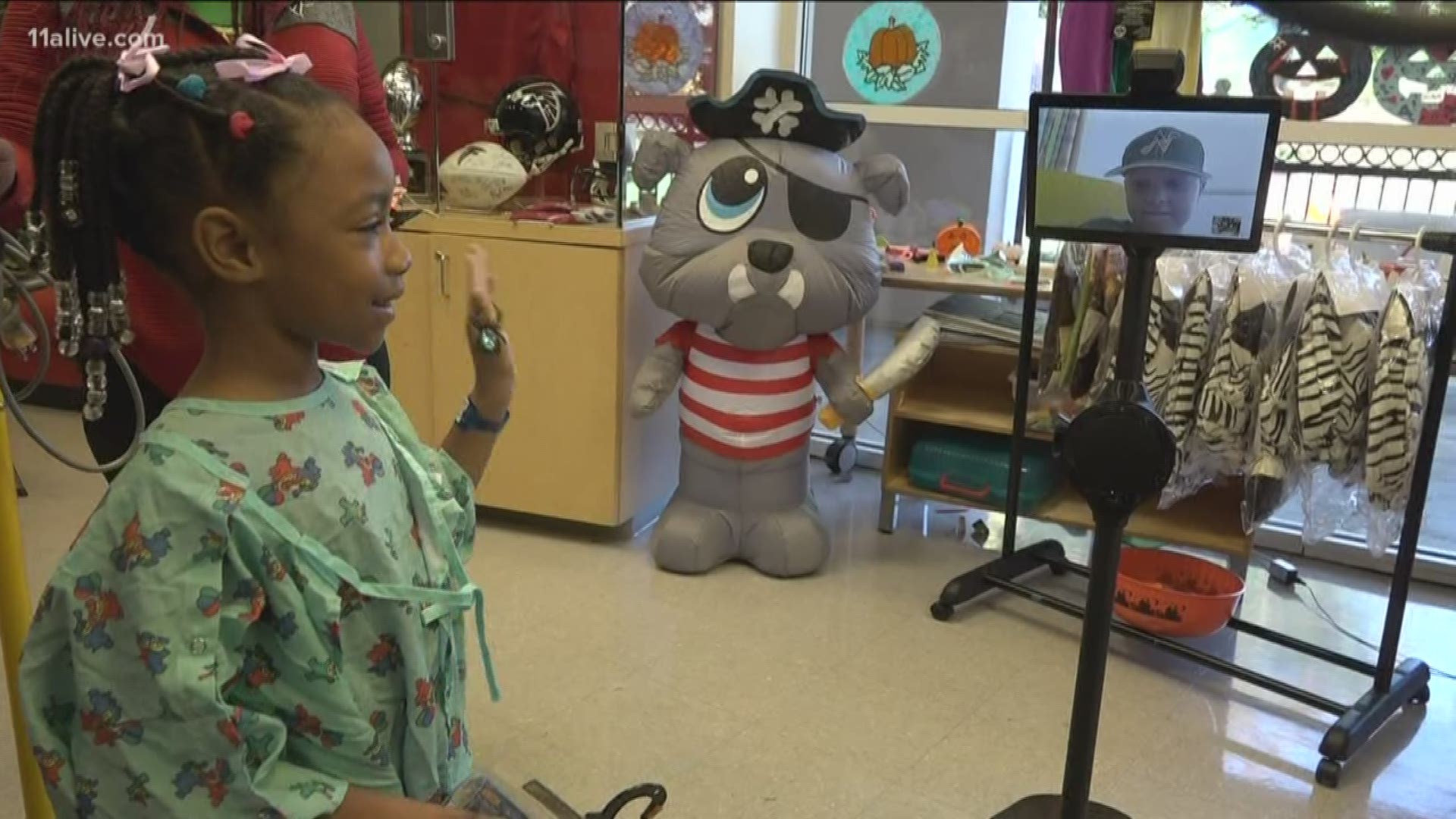 ATLANTA — Kids stuck in the hospital have to deal with disorders, diseases and illnesses, conditions that at times prevent being able to join special events offered just for patients. Treatments could mean being confined to a patient corridor or even, an isolation room.

Now, Children's Healthcare of Atlanta is working to keep kids connected through the use of technology. Just ask the Madsen family, who knows their way around the hospital well.

"We've spent more time here than we have at home since March," KellyAnn Madsen, mother of nine-year-old Nolan, said.

Nolan has spent hours at Children's, often glued to a chair as he's treated for a form of bone cancer.

But today, the hospital has two robots that do a very special job.

"We have two robots. One is named Garth and the other Trisha. These robots were a gift from Garth Brooks and the Teammates for Kids Foundation," Amanda Roberts, the Child Life Specialist at Children’s Healthcare of Atlanta told 11Alive's Liza Lucas.

The two robots serve a special role at Children's, as they tag team to transport the fun happening across the hallways -- making sure the kids don't miss out. From their beds, patients can drive one of the robots throughout the hospital to chat with kids and staff, participate in scavenger hunts and other holiday and special events.

Nolan has one word to describe his techy friends: "Awesome."

"It brings the happiness to the families as opposed to the stigma of being laid up in a bed. Even when the child is in isolation...they can use the tablet to be a part of other children having fun," KellyAnn described.

The robots have helped kids like Bryson, who spent two weeks in isolation with a rare form of E. coli. They allowed him to meet his favorite baseball heroes. Then there's Mckenzy, who got the chance to pick out her Halloween costume with the help of Garth and Trisha.

"It's very special and very moving, it's interesting to see technology kick us up a notch and better serve the families in a bigger and better way," Amanda Roberts, the Child Life Specialist at Children’s Healthcare of Atlanta said with a smile.