Monday afternoon, officials confirmed to 11Alive News that over the past year, four employees at the Lockheed Martin Marietta facility have been confirmed to have Legionnaire’s Disease. 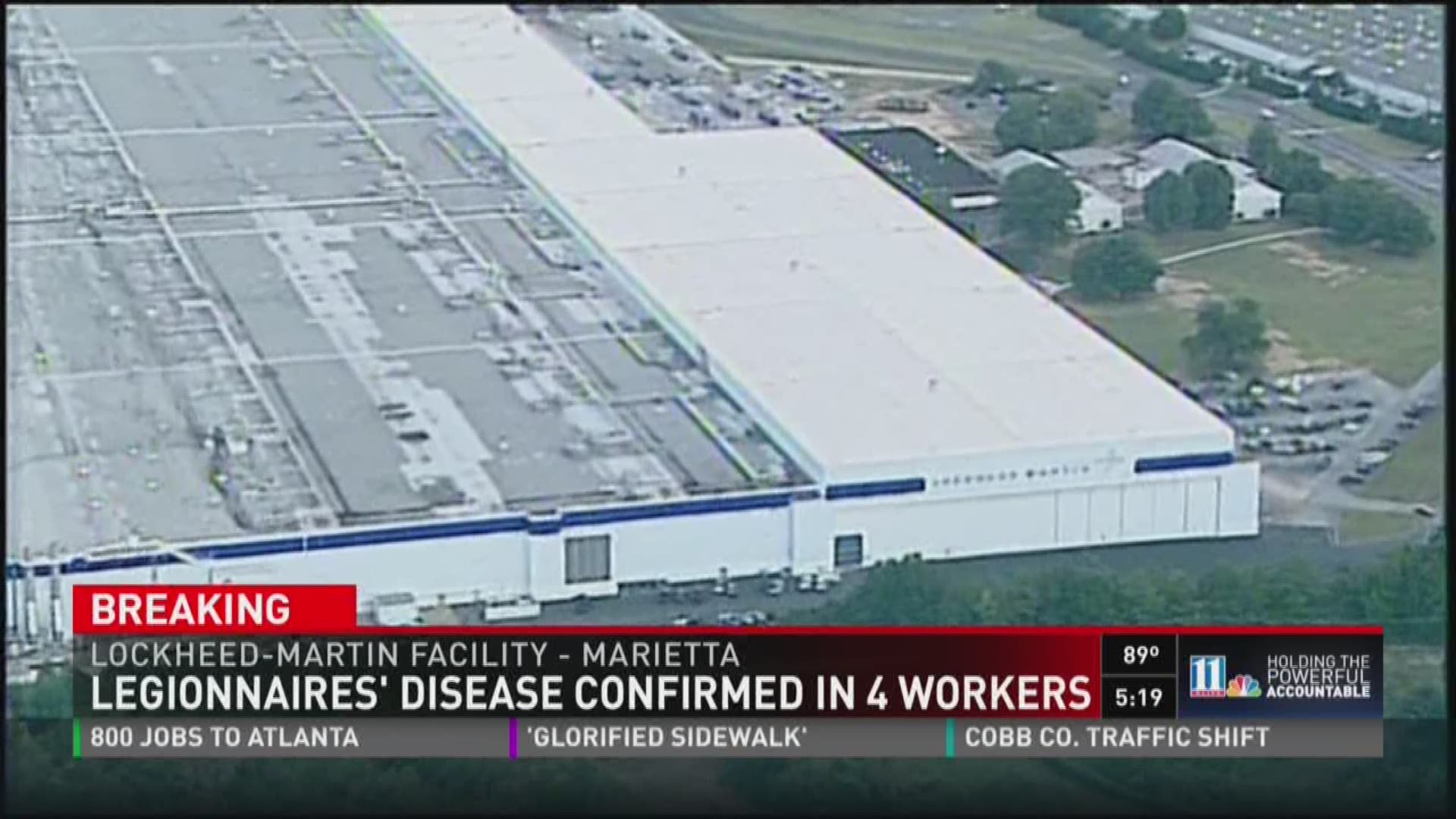 MARIETTA, Ga. – Four employees at the Lockheed Martin Marietta facility have been confirmed to have Legionnaire’s Disease, officials confirmed Monday.

While there is no indication that the four contracted the malady at the Marietta plant, the facility is increasing testing of water at the plant to ensure its safety.

In the past twelve months, there have been four Lockheed Martin employees with confirmed Legionnaires’ disease. There is no confirmation the employees contracted the disease at their workplace in Marietta. However, as a precautionary measure, we have increased testing of our water to ensure it is safe and implemented the appropriate protocols in our facilities in accordance with public health-recommended guidelines. We continue to work closely with the Georgia Public Health Service and the Cobb-Douglas County Health Dept. to monitor our facilities, and ensure a safe and healthy environment for our employees.

No other reports of Legionnaires’ Disease have been reported in the metro Atlanta area.

The Georgia Department of Public Health released a statement about the cases early Monday evening.

All potential outbreaks of Legionnaire’s disease are investigated by the local health department with assistance from DPH. The Centers for Disease Control and Prevention are notified of all Legionella outbreak investigations.During an investigation, DPH works with the facility to assess potential sources of contaminated water and to implement measures to eliminate Legionella and prevent future growth of Legionella according to guidance established by the CDC. DPH also recommends facilities work with Legionella experts that can provide recommendations specific to each facility. Lockheed Martin is working with a private company for testing, consulting and remediation.

According to the Centers for Disease Control and Prevention, Legionnaire's Disease is a type of bacterium found in freshwater environments such as lakes or streams. It can become a health concern with it grows and spreads in human-made water systems such as hot tubs, hot water tanks and heaters, large plumbing systems, cooling towers and decorative fountains.

People are exposed to it when they breathe in mist containing the bacteria, according to the CDC. Less commonly, it's spread by drinking water which goes into the trachea and into the lungs.