The date was originally set for no earlier than Aug. 11. It has since been postponed. 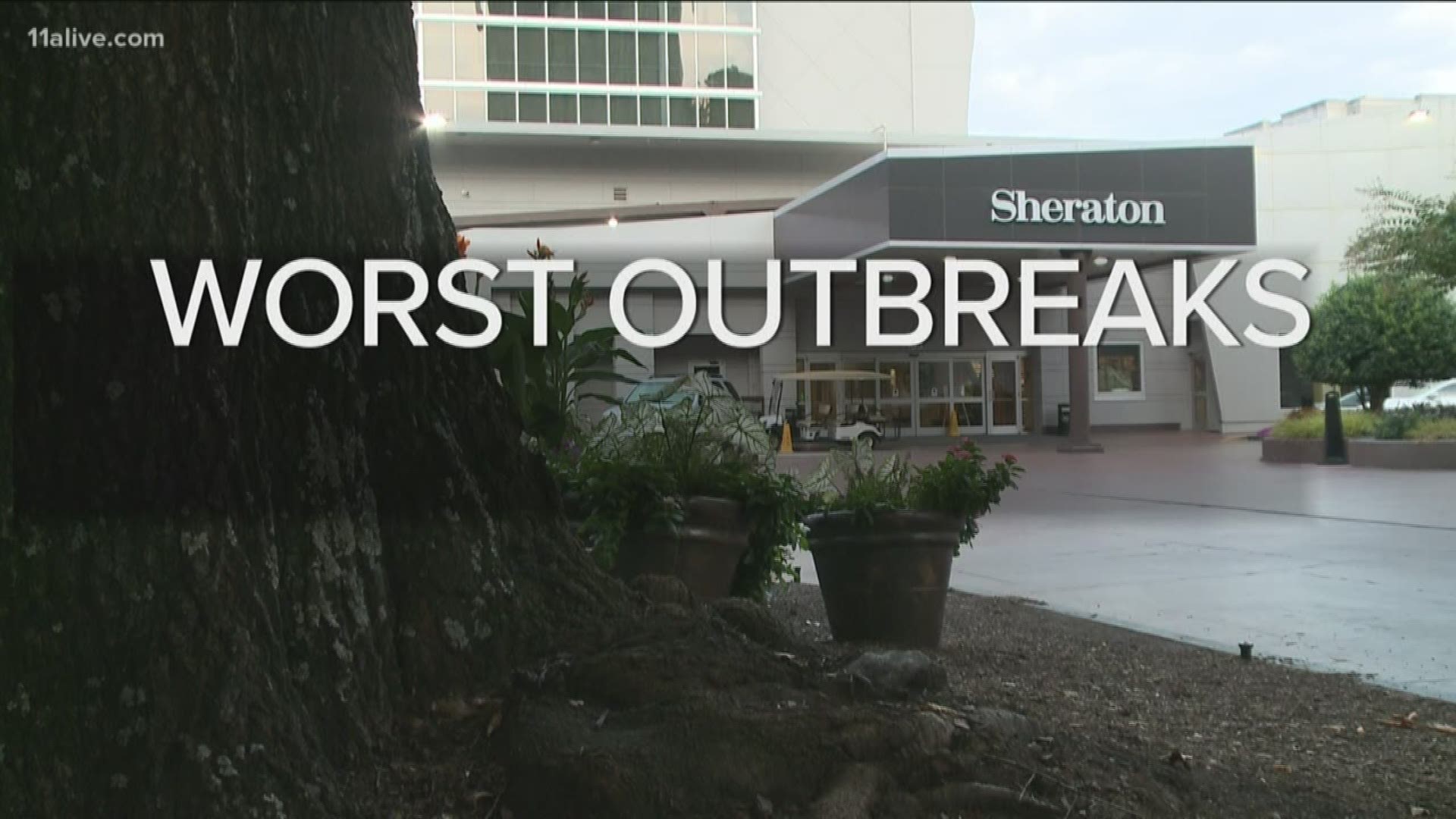 ATLANTA — The manager of the Sheraton Atlanta hotel released a statement on Friday offering his sympathies while also announcing when the hotel might reopen after several people who visited the location fell sick with Legionnaires' disease.

"On behalf of everyone at Sheraton Atlanta, I offer our deepest sympathies to all of those affected by the Legionella outbreak. Please know that our thoughts are with you and your families," general manager Ken Peduzzi said.

In his statement, Peduzzi said that during their closure, the hotel has been working closely with the Georgia Department of Public Health, Fulton County Board of Health and environmental experts to test the hotel for any further Legionella infection.

"A thorough cleaning of the hotel's entire water distribution system has been completed as a precautionary measure, including cleaning, scrubbing, and chlorination of all water features," he said.

He said that the hotel and the Georgia Department of Public Health are awaiting the results of additional testing to make a final determination.

However, plans right now are to have the Sheraton Atlanta remain closed until at least Aug. 14.

He added that anyone who has booked reservations prior to Aug. 15 will be contacted by hotel representatives to help them get rebooked into a nearby hotel. Reservations can also be booked direction via Mariott.com or the company's app.

As of Aug. 8, there are now 12 confirmed cases of Legionnaires' disease - including one death - among people who stayed at or visited the Sheraton Hotel in Atlanta between June 22 and July 15.

Cameo Garrett was found dead by her father, Albert, on July 9.

The DeKalb County Medical Examiner's Office confirmed she had Legionnaires' disease when she died.

The number of probable cases now stands at 63.

Probable cases are defined as instances in which people had illness consistent with Legionnaires’ disease, including pneumonia diagnosed by a clinician or chest X-ray, but without laboratory confirmation.

The hotel voluntarily closed on July 15 and is still closed, but could be re-opened as soon as Sunday. Health officials are still trying to determine the source of the illness.

The hotel had previously announced it would remain closed until at least Aug. 11.