'Her foot was purple near the puncture wound,' she said. 'You could see that the venom was traveling up her leg.' 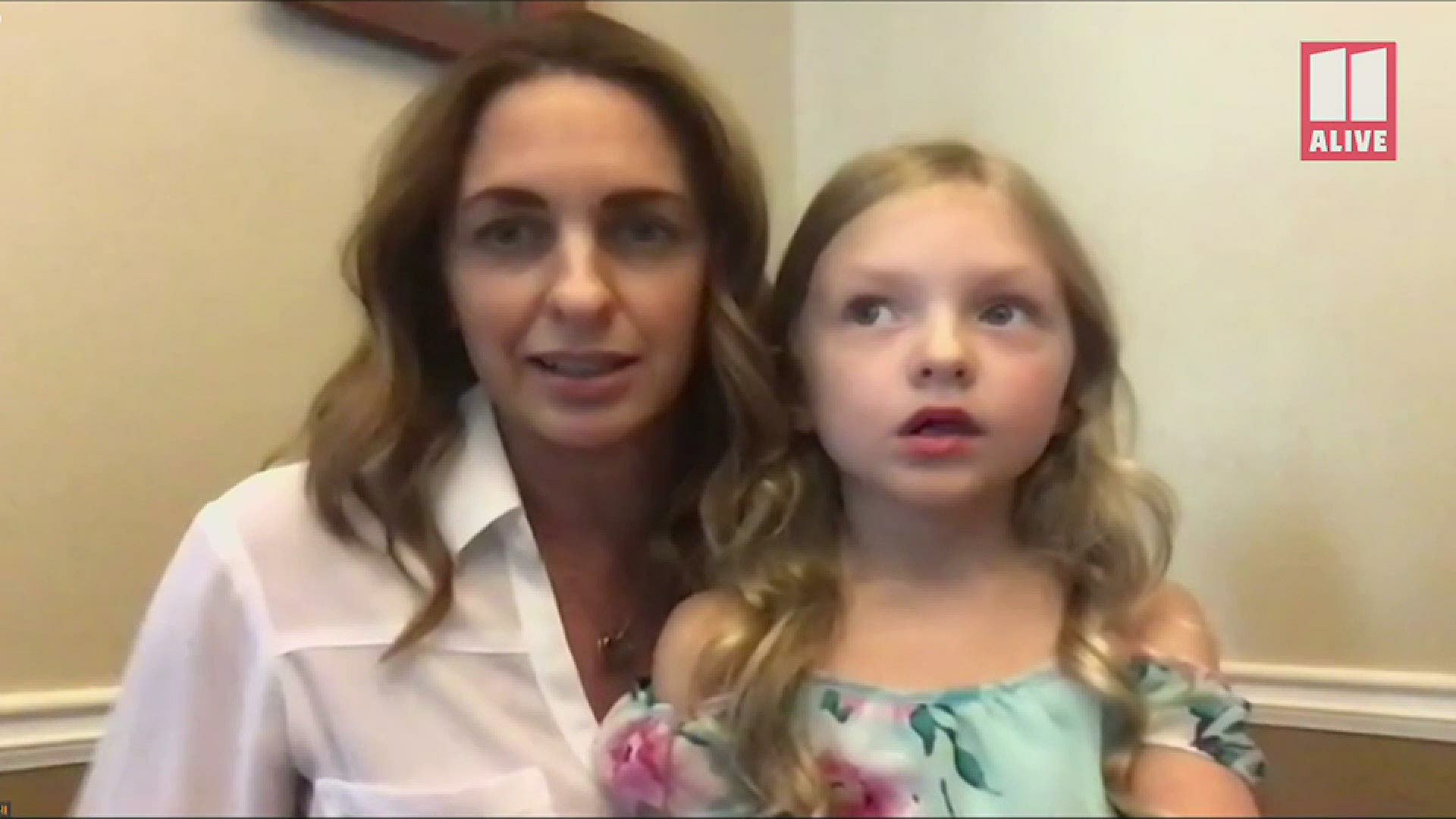 ATLANTA — The Bell family has learned more about the dangers of snakes than they ever imagined. Their daughter is recovering from a copperhead snake bite.

“It happened in an instant,” Sonia Bell said. “It happened so fast and then it takes four to eight weeks to deal with it.”

Nearly 8,000 people in Georgia are treated every year for poisonous snake bites. Sonia's 6-year-old daughter, Brooklyn, is happy to be home. She has quite an adventure to tell her friends about.

She said her snake bite is starting to feel a lot better she remembers all the details about the moment it happened.

“I was walking with my mommy and my sister and our new puppy,” she said.

It was dusk. The family was walking near their home in metro Atlanta.

“Sophie saw the snake before me and then I stepped on it and it bit me,” Brooklyn said.

“She started screaming and running down the street,” her mom  described.

When Sonia looked on the ground, she saw it.

“It was a baby copperhead snake all coiled up.”

RELATED: What you need to know about snakes in Georgia

Sonia said she learned that treating a snake bite is more complex than she thought.

“As soon as we got to the emergency department, her leg started swelling up. Her foot was purple near the puncture wound," she said. "You could see that the venom was traveling up her leg."

For 48 hours, the staff at Children’s Healthcare of Atlanta watched her closely to make sure the venom did not travel closer to any of Brooklyn’s vital organs.

“They took such great care of her," Sonia said. “Even with the pandemic, we felt so comfortable there and are thankful we had somewhere to take her.”

Brooklyn’s two days at the hospital was just the beginning of a long recovery.

“She recuperated for the next four weeks,” Sonia said. “We have lived in Georgia for about 15 years now and we have never seen a copperhead near our house before."

Credit: WXIA
Six-year-old Brooklyn's leg being treated at the hospital for a snake bite

RELATED: See a snake? Don't panic! Here's what you should do

Brooklyn said she’ll be keeping her eye out for snakes from now on, and she won’t be wearing flip flops on her walks with her new puppy.

Here are some things you and your family can do to prevent snake bites:

If you get a snake bite, call 911 immediately, even if you don’t think the snake is venomous. Doctors said it’s important to stay calm and still. It helps minimize the spread of the venom.

Finally, wrap or bandage the puncture wound with a clean dry cloth.